Samuel is a force in China as well!

On the September 13 live broadcast of China’s web variety show “The Collaboration,” Samuel was able to place first in the final round. 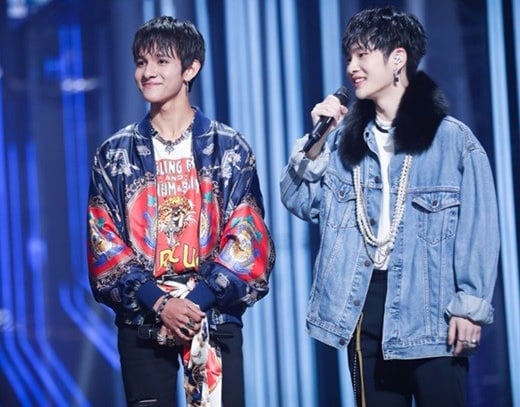 In the program, Samuel paired up with Chinese solo artist Vin, and the two were able to become the final winners after several performances.

Following the live broadcast for the final, Samuel revealed, “When I first began this program, there were differences in language and culture, so I did have a hard time, but because I was able to become the final winner, I’m happy. I want to say thank you to my partner Vin, who worked hard for two months, as well as to fans who supported me until the very end.”

Samuel also gave his thanks to fans on Instagram, where he posted, “Thank you Garnet [Samuel’s fanclub name], and my partner Vin is amazing. It’s thanks to Garnet I was able to win this award.”

Samuel is currently starring in XtvN’s drama “Sweet Revenge 2” as the male lead.