“Where Stars Land” is a new Monday-Tuesday drama starring Lee Je Hoon and Chae Soo Bin as a pair of Incheon International Airport employees who meet on the job.

Lee Je Hoon will play the role of Lee Soo Yeon, a mysterious new employee who is hiding a secret, while Chae Soo Bin will star as Han Yeo Reum, an accident-prone employee with a sorrowful past. The drama will follow the lives of the two employees as they grow closer and eventually begin to heal each other’s emotional wounds.

On September 14, “Where Stars Land” released new stills of Chae Soo Bin looking miserable as the long-suffering Han Yeo Reum, a perennial victim of Murphy’s Law. After just one year at the airport, Han Yeo Reum has already earned herself the nickname “human bomb,” notoriously appearing to cause trouble wherever she goes.

Some of the photos show Han Yeo Reum desperately racing across the airport while pushing a heavy cart, while another captures the character banging her head against the wall in a moment of despair. Described as an all-too-realistic female lead, Han Yeo Reum’s determined, hardworking attitude and her never-ending bad luck make her an adorably relatable protagonist.

Actress Chae Soo Bin spoke fondly of her character, remarking, “Han Yeo Reum’s passionate efforts to be acknowledged [as a dependable employee] in spite of her repeated mistakes make her both relatable and charming. So as filming progresses, I’m developing more and more affection for the character.” 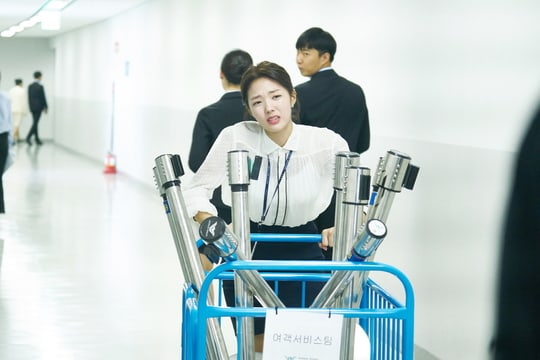 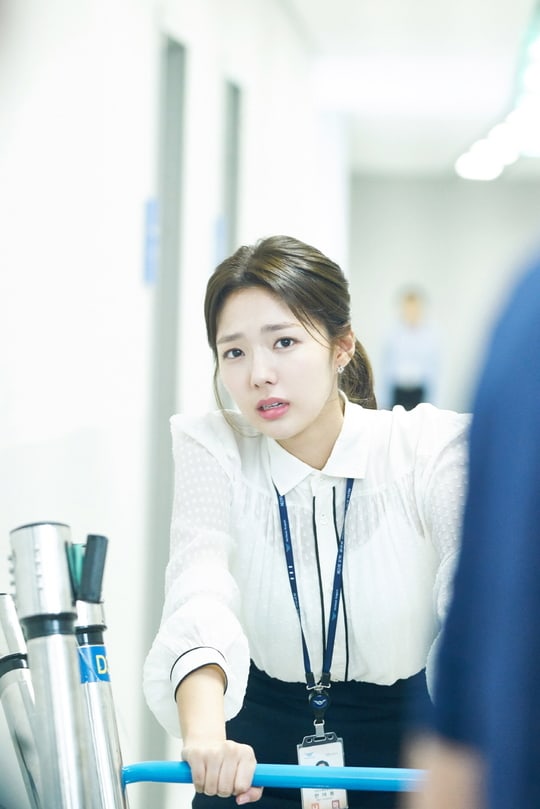 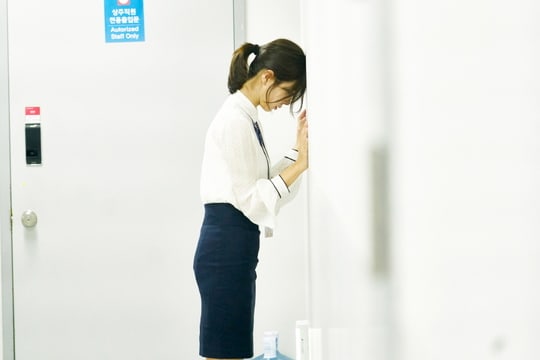 Chae Soo Bin went on, “I’m going to create a character that viewers can’t help but love. I want to properly convey each step of Han Yeo Reum’s development in terms of work, love, and everything.”

The producers of “Where Stars Land” had nothing but praise for the actress’s portrayal of the character, reporting, “Thanks to her thorough preparations, Chae Soo Bin arrived at the very first shoot as Han Yeo Reum herself. Just like Han Yeo Reum, she has been spreading her lovable energy to the staff through her passionate efforts throughout filming.”

“Where Stars Land” is currently scheduled to premiere in October.