“Bad Papa” will be the story of a man who decides to become a bad person to be a good father. The drama is set to captivate viewers with its riveting action scenes and moving stories of family love.

Kim Jae Kyung will be playing the role of Cha Ji Woo, a police detective who follows and works with Yoo Ji Chul (Jang Hyuk) when no one else will. She is very serious about her job and will stop at nothing to take down a criminal, but she is also a warm source of comfort for Yoo Ji Chul. 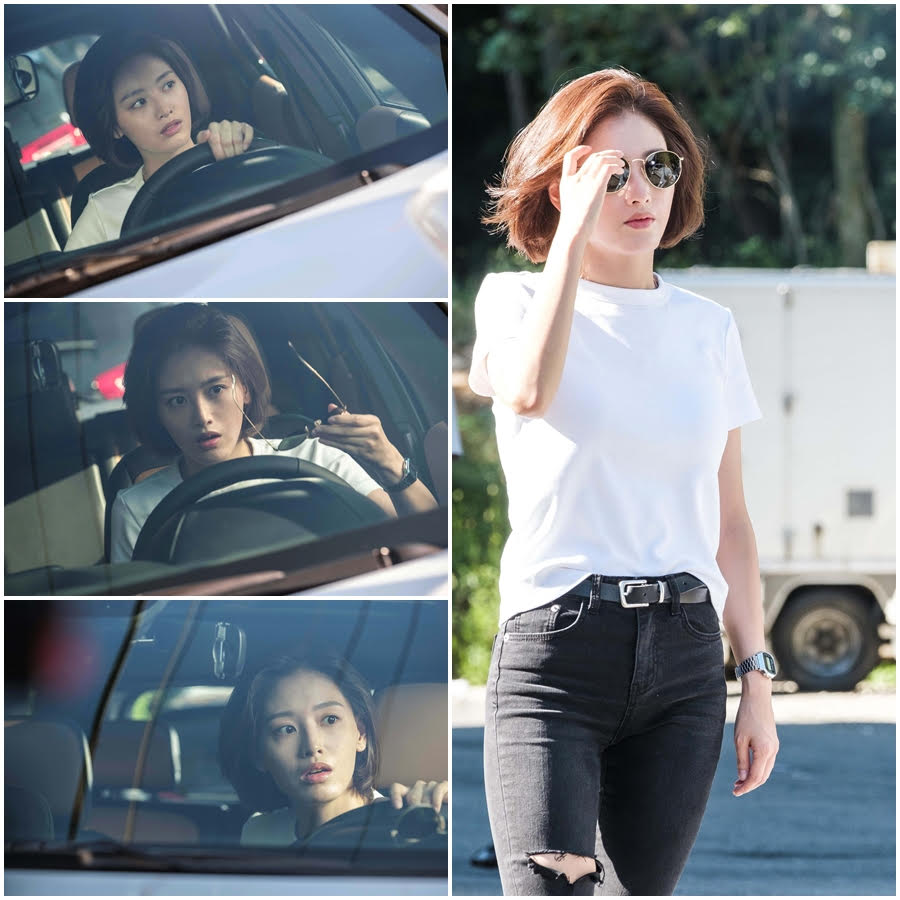 “Bad Papa” has shared new stills of Kim Jae Kyung engrossed in her job as a detective. She can be seen looking around and she has a sudden look of surprise before her gaze sharpens again. Something that stands out is her short hair, and Kim Jae Kyung revealed that this was the first time she had cut her hair short in 18 years. She added, “From the moment I auditioned, I had the perfect image of Cha Ji Woo in my head, and one cameras started rolling, the director, screenwriter, and staff members helped bring that image into reality.”

She continued to state, “The night before the first filming, I couldn’t sleep and I felt a sense of excitement, like I was getting ready to go on a vacation. And the first day flew by. During our breaks, Kim Byung Choon gave me lots of advice and shared funny stories with me to help me feel less nervous. I still feel excited for every new day of filming.”

Kim Jae Kyung
Bad Papa
How does this article make you feel?