The YG Entertainment group made their debut on September 15 of 2015 when they released their first single “My Type.” On that day this year, they shared handwritten notes to their fans iKONICs.

B.I wrote, “It’s our third anniversary… It’s been both a long and a short time. You’ve worked hard. Please keep taking care of us. I’ll make it up to you with all my heart.” 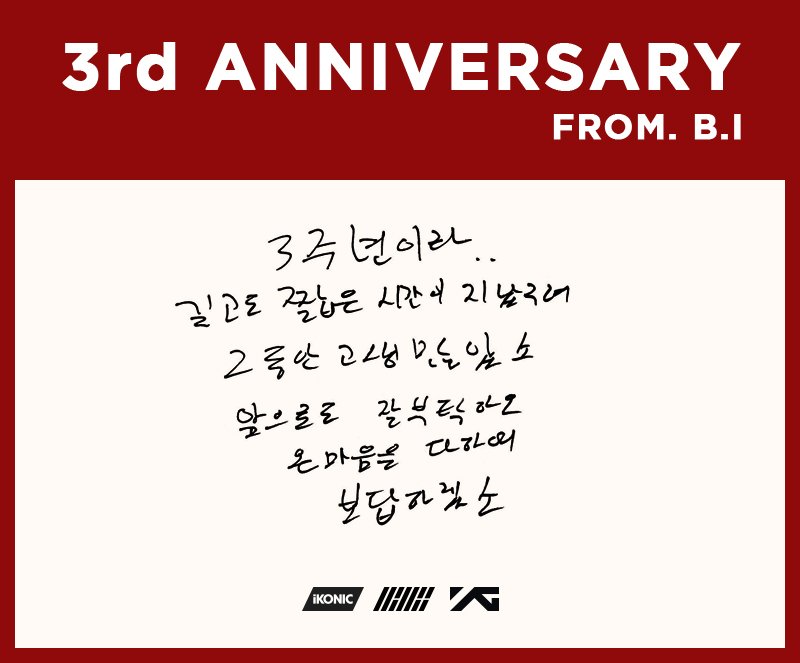 Donghyuk wrote to fans, “It’s our third anniversary. Thank you for always being with us. Let’s continue to be happy! I love you.” 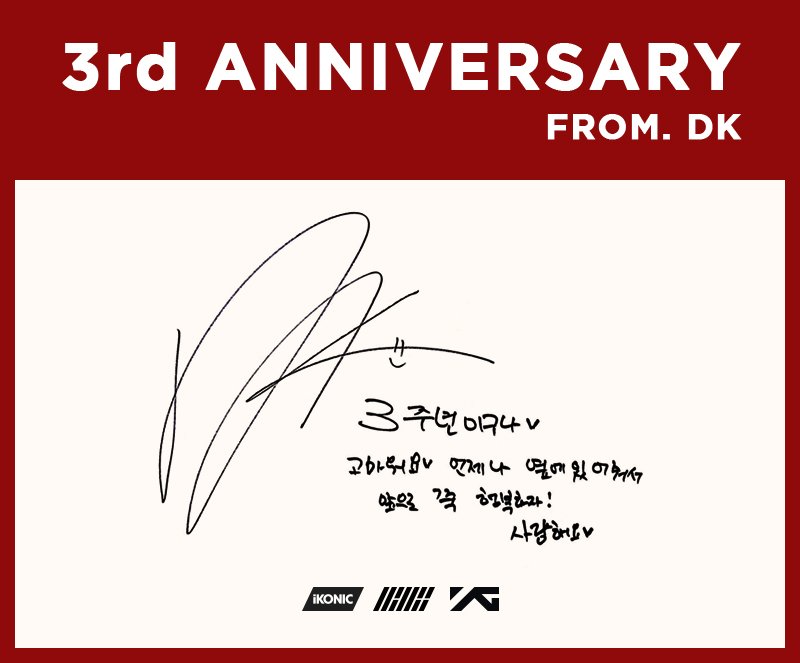 Junhoe said in his message, “It’s been eventful, right? Let’s keep loving each other, everyone!” 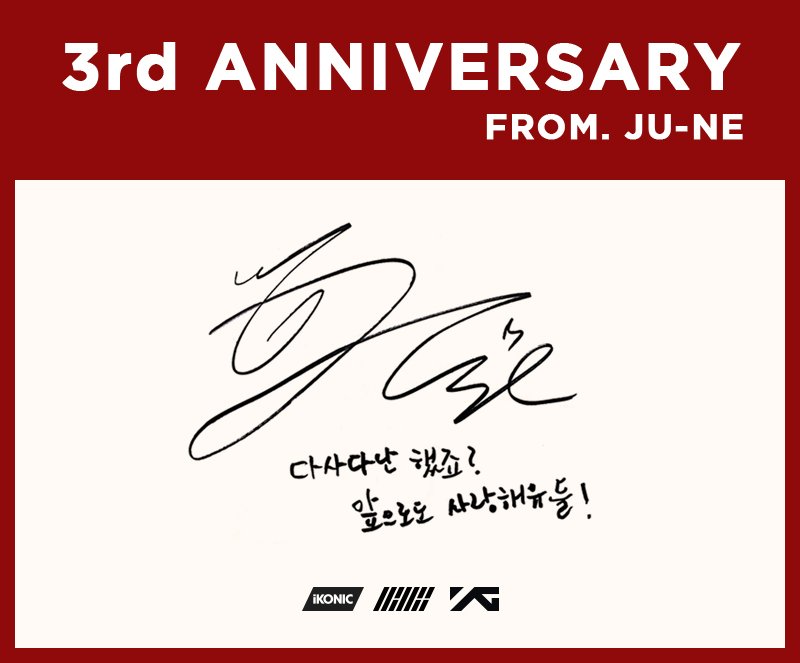 Jinhwan said, “Three years!! I think that we’ve been able to develop thanks to iKONICs, who are always with us. We’ll protect you like you protect us. Please take care of us.” He signed off as “Sexy Jinhwan.” 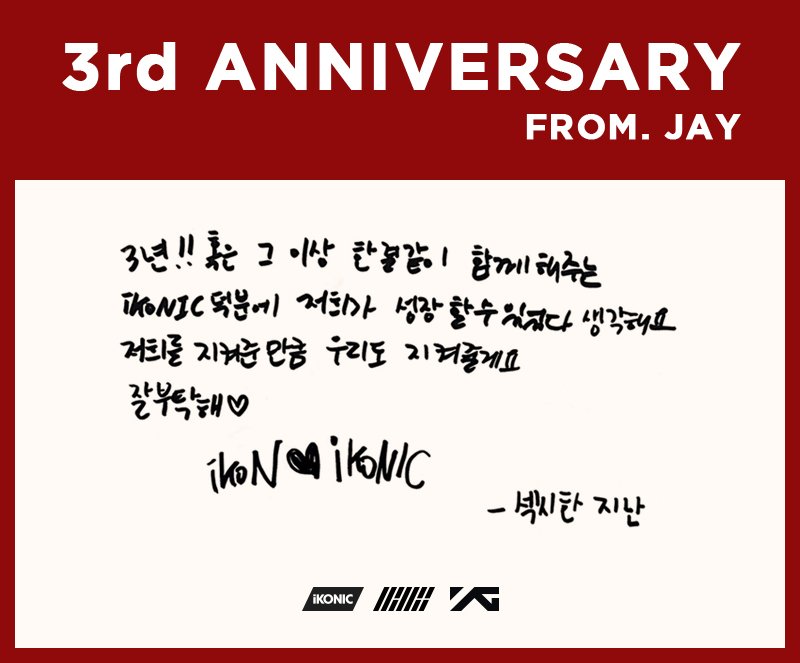 Yunhyeong wrote, “iKONICs, it’s already our third anniversary. It’s been over three years since the beginning of our love. Let’s keep having this beautiful love until it’s been 30 years and then 300 years. I love you!!” 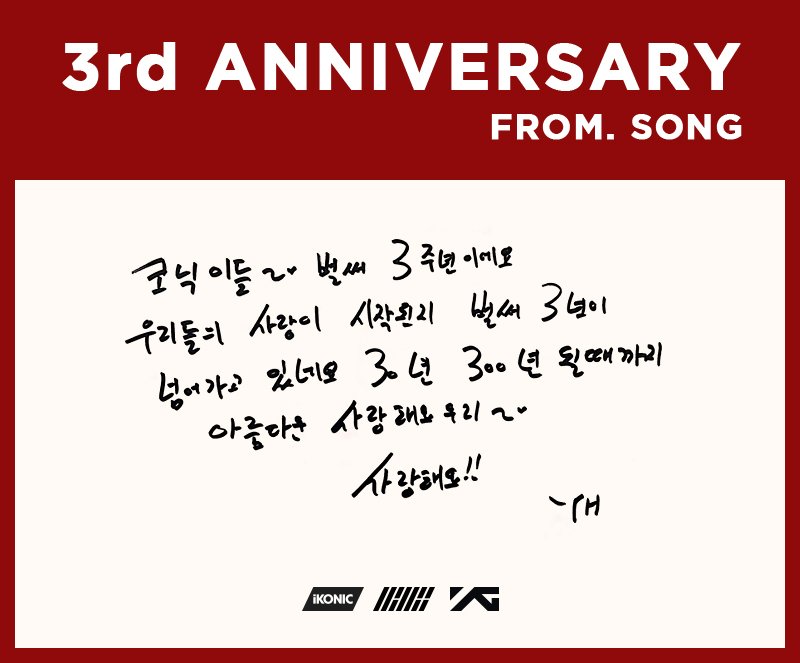 Chanwoo wrote, “iKONICs. It’s already our third anniversary! Thank you so much, and I love you! Let’s be together for 10 years, 20 years, for life..!” 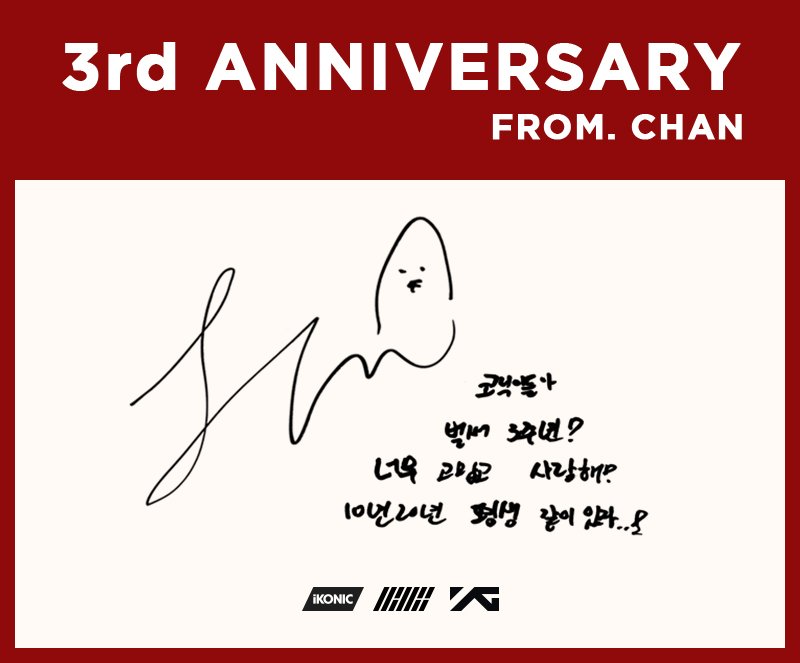 Bobby said, “We said we should go slowly but we’re already here… Let’s keep going for a long time in a slow and beautiful way.” 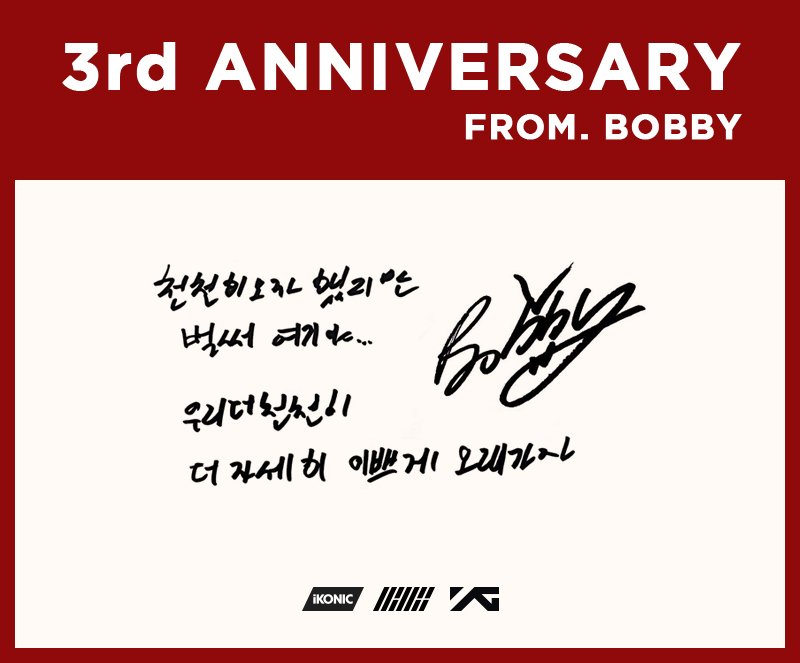 Bobby also wrote a note to fans in both Korean and English on Instagram.