The drama is about the heiress to a prominent cosmetics company and another woman who has been living her life for her as their lives are entwined by fate, ambition, and secrets. Kim Young Min plays Moon Jae Sang, the successor of Taesan Group and husband of Lee Yoo Ri (Min Chae Rin), while Uhm Hyun Kyung plays Ha Yeon Joo, an employee of the cosmetics company.

The unveiled photos foreshadow an intense first meeting between Uhm Hyun Kyung and Kim Young Min. In the previous episode, Uhm Hyun Kyung’s happy future was shattered after she witnessed Song Chang Eui (Cha Eun Hyuk) kissing another woman. Therefore, Uhm Hyun Kyung’s eyes are full of sorrow and dejection. She looks like she’s about to collapse soon, but Kim Young Min grasps onto her with a concerned expression. It seems their encounter isn’t going to end up as just a coincidence.

Uhm Hyun Kyung has no idea that Song Chang Eui was kissing Lee Yoo Ri, and Kim Young Min doesn’t know that Uhm Hyun Kyung is his secretary Song Chang Eui’s bride. Their twisted relationships pique more curiosity from the viewers, and everyone is wondering what fate has in store for them next.

The production crew commented, “It won’t be an exaggeration to say that Uhm Hyun Kyung and Kim Young Mins first meeting will be another turning point in ‘Hide and Seek.’ It will be fun to watch what changes the two will make in their lives, as well as those of Lee Yoo Ri and Song Chang Eui. Please look forward to the love lines of these four characters that will become more fatal and fierce.” 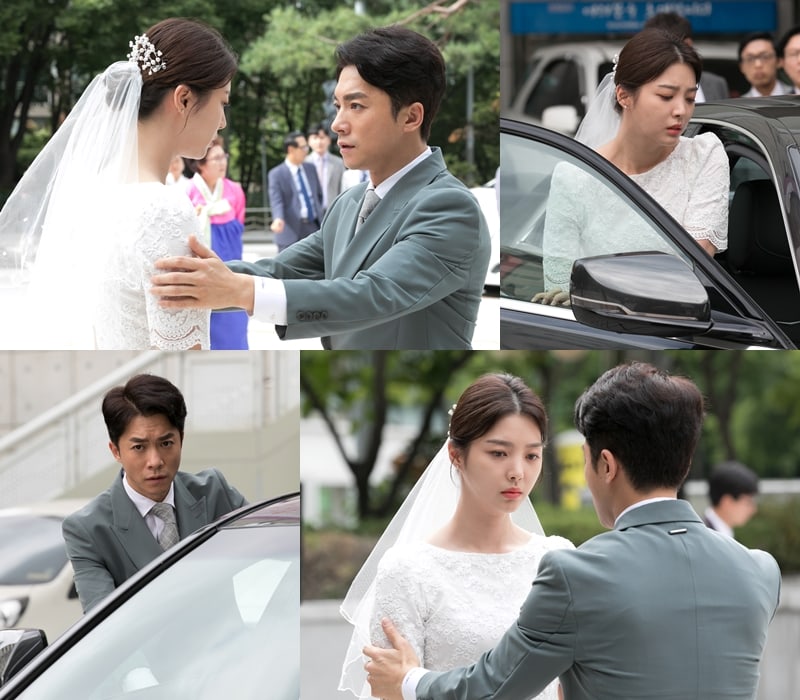 The next episodes will air on September 15 at 8:45 p.m. KST. Catch up to the latest episode below:

Hide and Seek
uhm hyun kyung
kim young min
How does this article make you feel?