Jo In Sung Talks About His Character In “The Great Battle,” Teamwork With Cast, And More

“The Great Battle” is an action blockbuster about the 88 days of battle at Ansi City during the Goguryeo Dynasty. In the film, Jo In Sung appears as general Yang Man Chun, a defender of Ansi Fortress who leads his forces to fight against China’s largest army.

First, Jo In Sung talked about how he rejected the role twice before actually taking it. He said, “I wondered if I fit the role of Yang Man Chun. When I think of generals, the first people I think of are Choi Min Sik from ‘The Admiral: Roaring Currents’ and Kim Myung Min from ‘Immortal Admiral Yi Sun Sin.’ That’s why I rejected the role twice. When I received the offer for the third time, I thought, ‘Why are they doing this to me? On top of that, the production cost is 22 billion won [approximately $19.6 million].”

Jo In Sung eventually accepted the offer after hearing the production crew’s determination to create a modern historical drama. They thought they would be able to create a fresh and young historical movie if Jo In Sung played Yang Man Chun. The director added that Yang Man Chun’s age in the movie would’ve been around Jo In Sung’s current age, so the actor decided to experience a new challenge as well.

The interviewer commented that it was refreshing to hear Jo In Sung’s voice in the movie, even though he didn’t have a “historical movie tone,” and Jo In Sung agreed, saying, “Unless I’m born again, this is my voice. So I needed a clear concept.” Then he added, “I think the first scene was important. As you can see from the movie, it opens up with a battle, and Yang Man Chun appears from behind. I thought the audience would feel frustrated if the serious mood continues from the beginning. That’s when the director asked for us to show the relaxed sides of Ansi citizens. Actors like Bae Sung Woo, Park Byung Eun, and Uhm Tae Goo act freely, so I was able to naturally follow them.”

When asked about how the cast worked on their teamwork, Jo In Sung answered, “The cast and crew stayed in one condo together. I went down to Goseong early and got close to a fisherman in the town, so I was able to bring a variety of seafood back. When Joo Hyuk came back from overseas, he brought expensive alcohol that we drank together.”

Jo In Sung also revealed how he felt when he saw the reactions after the press conference. He described, “Honestly, the first thoughts I had were ‘I’m so relieved’ and ‘I survived.’ Of course, I still have the audience’s evaluation left. The most important evaluation is left, but at this moment, I think [the expression] ‘I survived’ is right. I was relieved I’d be able to work on another production.”

When asked what he wants the viewers to say after watching the movie, he commented, “Rather than say something, I wish they would look up Yang Man Chun in the search engine. My acting is not the main focus, and I hope people will take more interest in the history of Goguryeo through this movie.” 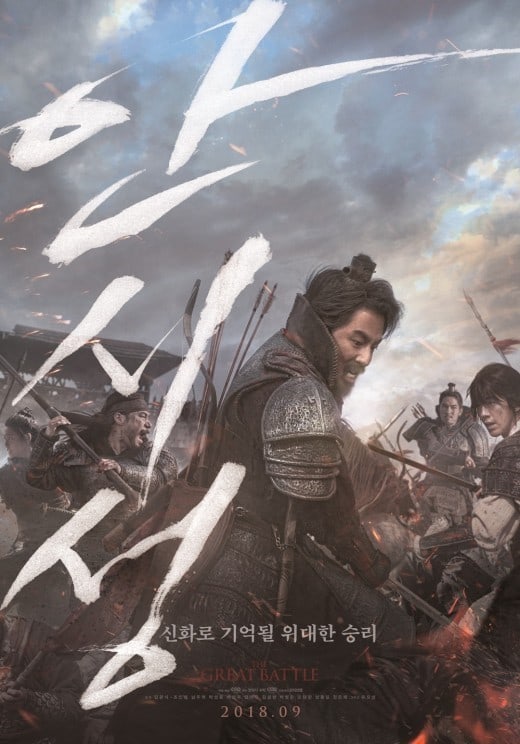 Jo In Sung is approaching his 40s soon, and they say male actors perform best at that age. To that, he said, “I heard that. I think dramas and movies these days are being planned for diverse ages. Before, they strongly went for younger actors, but after watching ‘Mr. Sunshine,’ I can clearly feel the expandability of actors’ talents. It’s good to see a world where actors can stay active for a long time.”

He compared his 30s and 40s, saying, “The fact that I’m still active now means the public doesn’t have a bad image of me. I’m curious about what I’ll be like in my 40s as well. When that time comes, I still want to be an actor who can sympathize with the public. I also want to be a person without incompatibility.”

The actor also shared his candid thoughts about future productions. He explained, “When I watch movies these days, I think that I don’t have to be the main role. As long as the character is clear, I think I’d enjoy playing a supporting role without any discomfort. If I do it effectively, it will certainly make [people] recognize me.”

“The Great Battle” will premiere on September 19.

Jo In Sung
The Great Battle
How does this article make you feel?