The cast of “My ID Is Gangnam Beauty” spoke about their drama coming to an end.

On September 15, the popular webtoon-based drama aired its final episode and its actors shared their thoughts ahead of the finale.

She stated, “To me, ‘My ID is Gangnam Beauty’ was [an act of] bravery and a big challenge.” Im Soo Hyang added that although she was excited to become the lead of a webtoon that she liked, she was also scared and anxious while worrying if she could do a good job.

She continued, “I was really happy and thankful that the Mi Rae that I portrayed was able to receive sympathy and support from viewers. All of my good memories from this summer are in ‘My ID is Gangnam Beauty’ and I’ll remember it as a fun, nice memory. Thank you for loving ‘My ID is Gangnam Beauty,’ the timid but lovely Mi Rae, and Im Soo Hyang.” 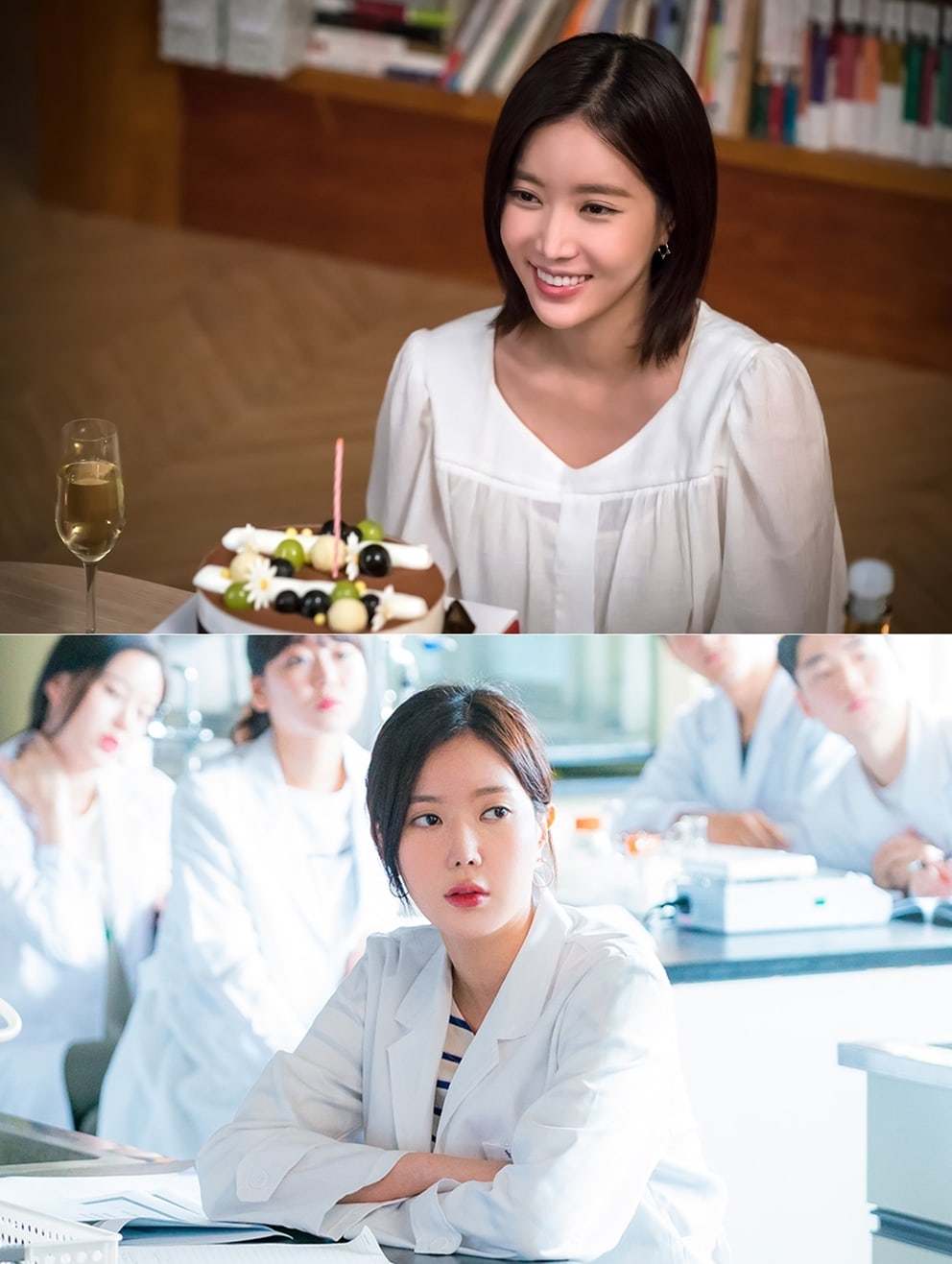 ASTRO’s Cha Eun Woo appeared as the campus hottie with a cold personality named Do Kyung Suk. He said, “‘My ID is Gangnam Beauty’ is a drama that will stay in my memory for a long time and for the rest of my life. Thank you to the director, writer, all of the staff, and actors for allowing me to have these valuable, happy memories and experience. I sincerely thank the viewers who gave me lots of love throughout this summer. I’ll see you again with a better appearance, so please look forward to it.” 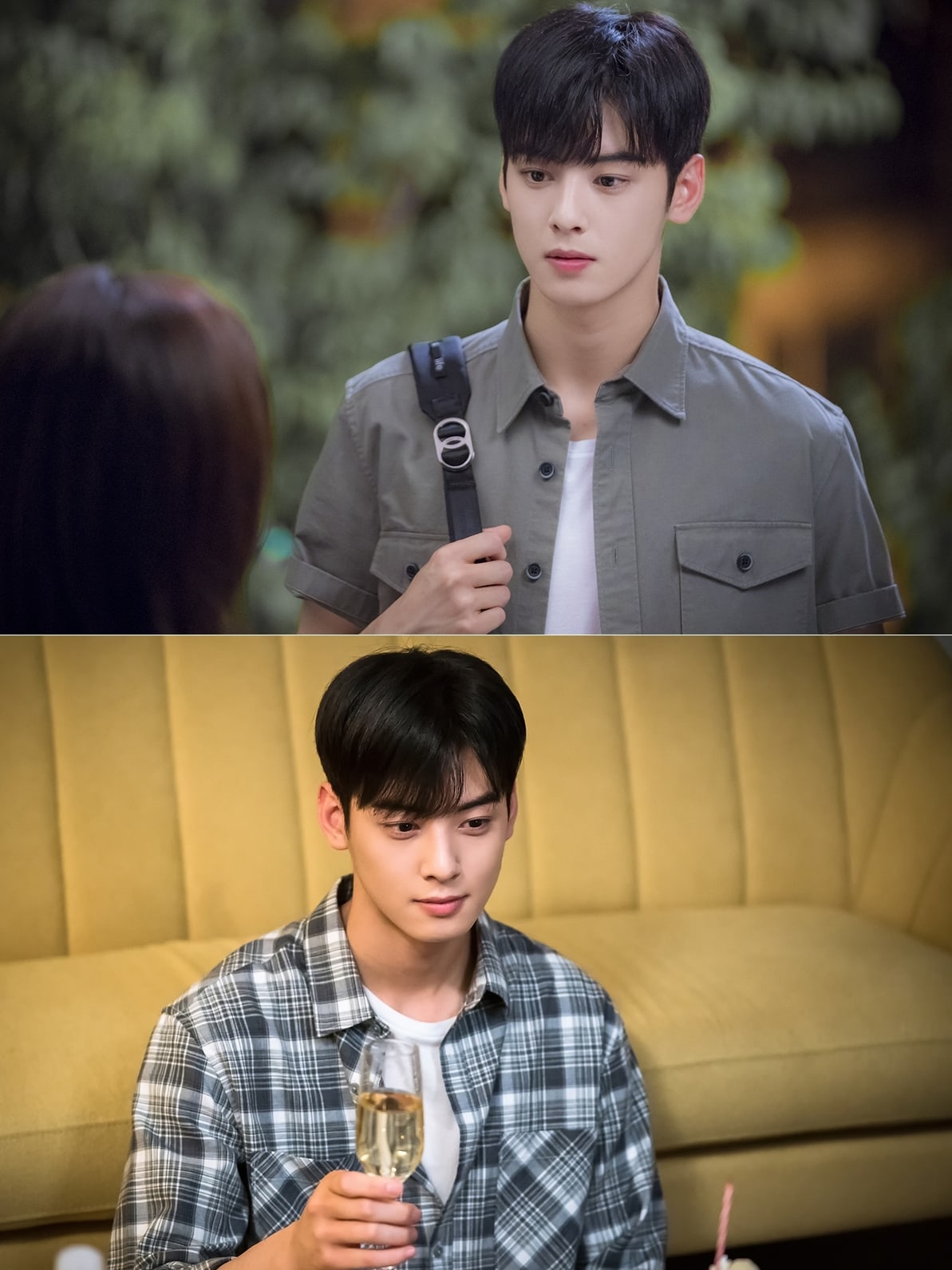 Jo Woo Ri played the part of Hyun Soo Ah, a natural beauty who had two conflicting personalities due to her endless jealousy of others. The actress said, “It was a drama where I could grow a lot while working with a good director, writer, and staff members. It doesn’t feel real that it’s already the finale and I think I’m going to miss it a lot. Thank you for enjoying and loving ‘My ID is Gangnam Beauty.’ 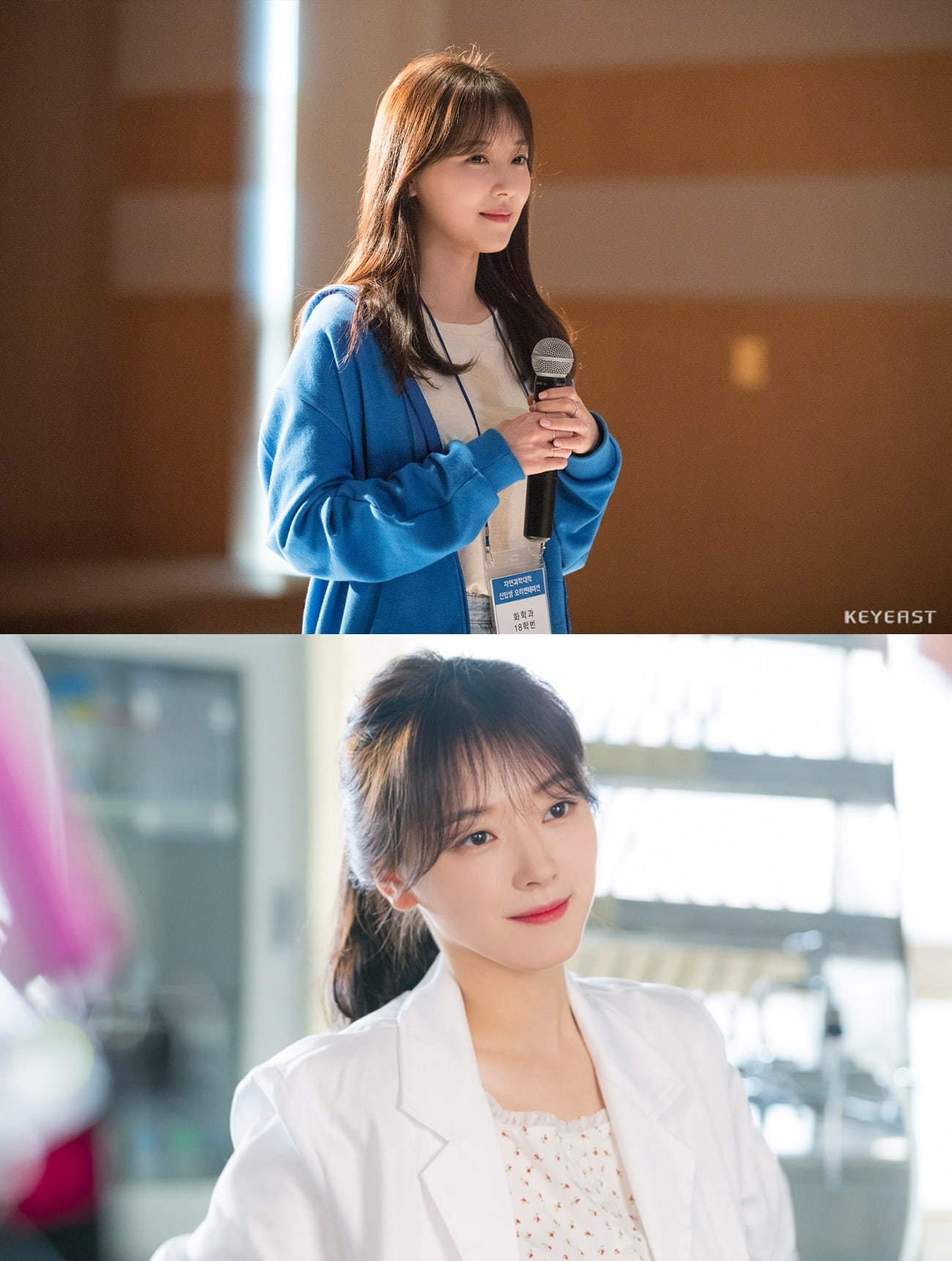 Kwak Dong Yeon appeared as Yeon Woo Young, a teaching assistant in the chemistry department who had a crush on Kang Mi Rae (played by Im Soo Hyang).

Kwak Dong Yeon said, “We were able to safely complete filming in the hot summer thanks to the many staff members, director, writer, and actors. I think that the love that you all gave us was the reason why the staff and actors were able to continue to have strength. I hope that the things that many viewers felt through ‘My ID is Gangnam Beauty’ can stay in a part of your hearts for a long time. I will work to show you good acting as well in the future.” 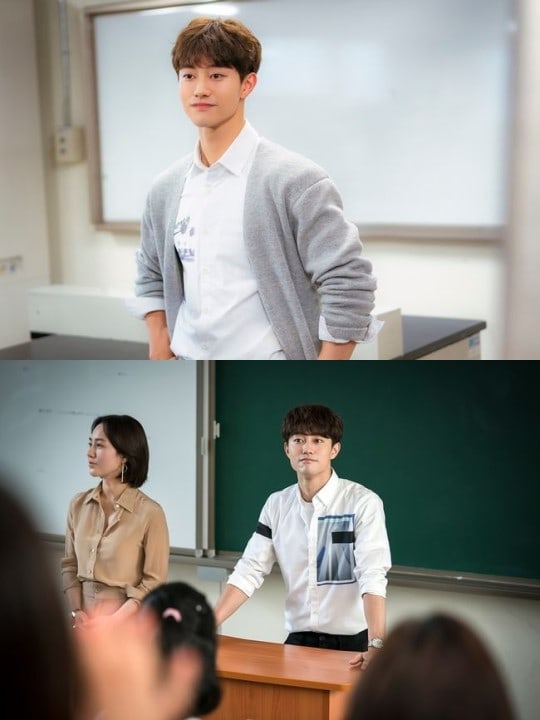 Bae Da Bin portrayed a tomboy chemistry student named Kwon Yoon Byul. The actress stated in a video on SM C&C’s Instagram, “Hello. This is Bae Da Bin. ‘My ID is Gangnam Beauty,’ which I worked hard to film for the last two months, now only has the finale left. I’m so sad to say goodbye to the friends in the chemistry department, staff members, and Yoon Byul, but I’m working hard to see you again with better things, so please continue to support and have interest in me. Please tune in to watch the drama today.” 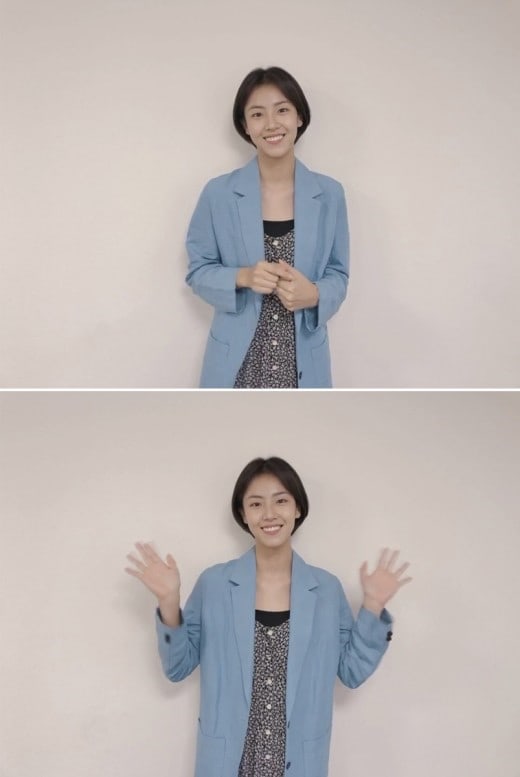 Lee Tae Sun appeared as Yoo Jin, a close friend of Do Kyung Suk (played by ASTRO’s Cha Eun Woo) and the son of a prominent priest who opened up his own bar to live a free life.

About the ending of the drama, Lee Tae Sun commented, “It’s sad, but it was a drama where I learned a lot, so it was a meaningful time for me. But, ‘My ID is Gangnam Beauty’ is not over yet, so please make sure to watch it until the end.” 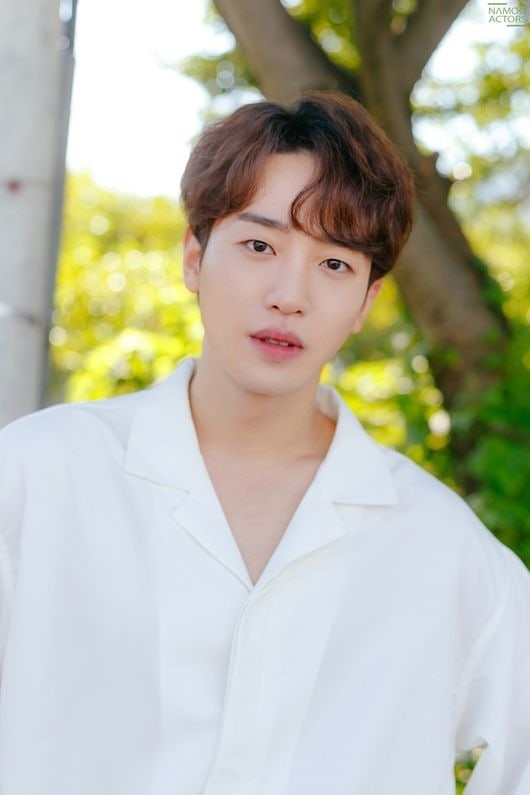 She said, “It was such a new and fun experience participating in a project based on a popular webtoon. It was a happy and thankful time while acting as the cool mom character Na Hye Sung. I want to say thank you to everyone who was with us. I leave after receiving lots of vibrant energy from working with passionate actors. I ask for lots of your interest until the final episode.” 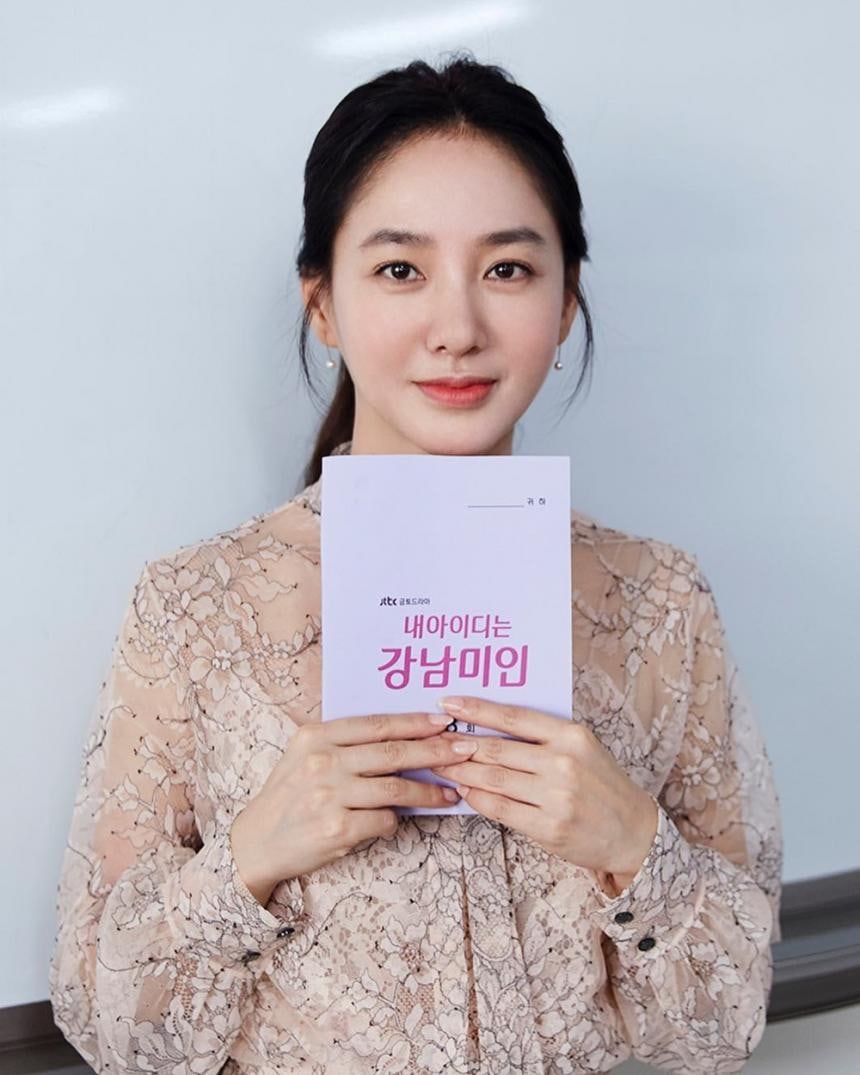 “My ID is Gangnam Beauty” aired its final episode on September 15 at 11 p.m. KST.