“My ID Is Gangnam Beauty” Ends With Highest Viewership Ratings Yet

JTBC’s “My ID is Gangnam Beauty” went out with a bang!

According to Nielsen Korea, the September 15 finale scored average viewership ratings of 5.8 percent nationwide and 6.2 percent in the Seoul metropolitan area—the highest ever achieved by the drama during its entire run.

Here are three reasons that the drama managed to keep viewers tuning in week after week:

Because “My ID is Gangnam Beauty” was based on a popular webtoon of the same name, it was no easy task for leads Im Soo Hyang and Cha Eun Woo to live up to fans’ expectations. However, Im Soo Hyang’s detailed, relatable acting and Cha Eun Woo’s impressive transformation into the webtoon’s dreamy heartthrob had fans applauding both actors as “the ultimate Kang Mi Rae and Do Kyung Suk.”

2. The successful adaptation of the webtoon’s message

Although fans of the webtoon were initially worried that its message would be lost in translation, the drama stayed true to the heart and soul of the original work. “My ID is Gangnam Beauty” preserved the webtoon’s realistic but meaningful message about inner beauty, but it also added just enough of its own charm to keep the story new and refreshing.

3. The drama’s observations about true beauty

“My ID is Gangnam Beauty” depicted the emotional turmoil and development of Kang Mi Rae, who struggled to come to terms with her looks and longed to be acknowledged for her physical beauty. Even after achieving the pretty face of her dreams through plastic surgery, she found herself unhappy and insecure.

However, over the course of the drama, Kang Mi Rae eventually learned the true meaning of happiness and gained confidence as she found someone who loved her for more than her looks. Throughout her journey, she forced viewers to ask themselves the question, “What is true beauty, anyway?” 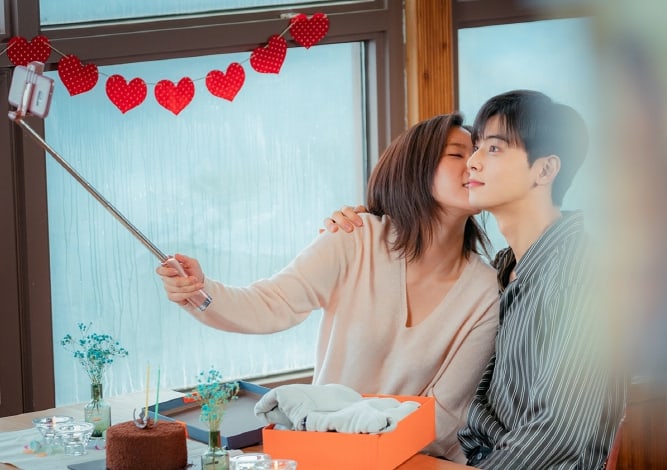 Are you sad to see “My ID is Gangnam Beauty” come to an end? Leave your thoughts below!