Over the years, many idols have turned to films and dramas to show that they can act on-screen as well as they can sing and dance on stage.

Here are some male idols who impressed viewers with their acting in historical dramas.

D.O. is currently starring in tvN’s newest drama, “100 Days My Prince,” where he’s playing two roles. He appears as young prince Lee Yool and a man named Won Deuk who loses his memory.

D.O. said, “It was hard because it’s my first time appearing in a historical drama, but I wanted to try it at least once. It was a good experience.” With his signature low voice and facial expressions, he grabbed the attention of viewers while looking dashing in a hanbok. 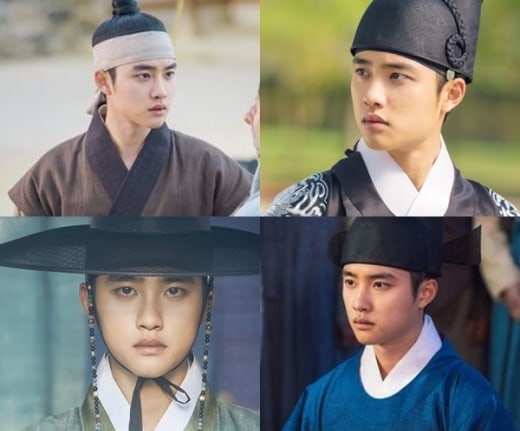 Baekhyun appeared as the 10th prince in SBS’s “Scarlet Heart: Goryeo.” He did a good job of portraying a prince who couldn’t bring himself to be direct but instead had a joking way of speaking the truth. One of the younger princes on “Scarlet Heart: Goryeo,” Baekhyun showed off his vibrant, playful charms. 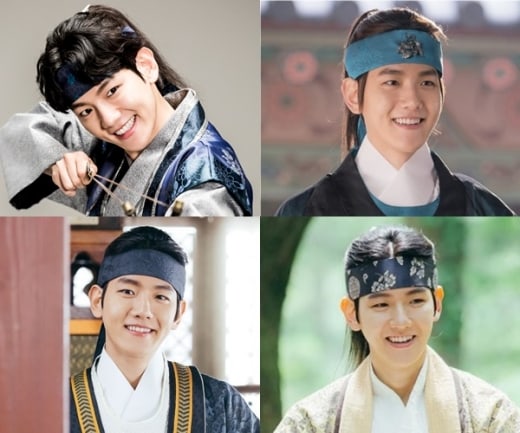 Jinyoung portrayed the beautiful and mysterious scholar Kim Yoon Sung in KBS 2TV’s “Moonlight Drawn by Clouds.” He was someone who always comforted Hong Ra On (played by Kim Yoo Jung) whenever she was in trouble.

Jinyoung perfectly pulled off the beautiful hanbok and wowed viewers with his acting despite the fact that this was his first historical drama. 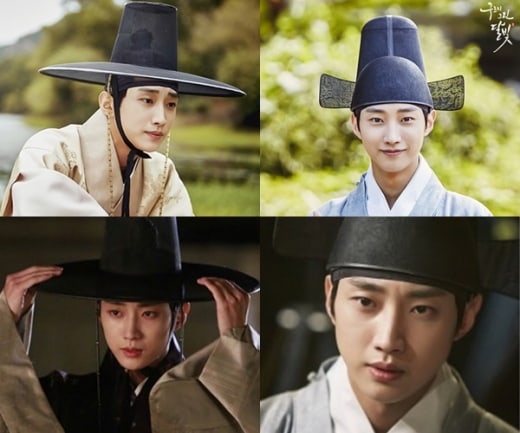 Minho was one of the many idol actors who appeared in KBS 2TV’s “Hwarang.” In the drama, Minho played the passionate but cool Soo Ho, who had a comical and loyal side to him.

Minho said, “It’s my first time [acting in] a historical drama, but I was curious about the time period and how I would look with the makeup and hanbok.” 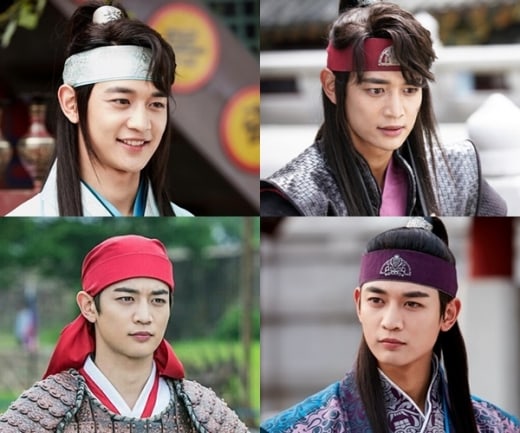 V tried his hand at acting in the role of the maknae Han Sung in “Hwarang.” The BTS member looked beautiful with his long hair, headband, and hanbok.

In the drama, V perfectly portrayed the part of the youngest member of the team with his concentration, curiosity, and bright smile. He also successfully told the story of his character’s inability to show his true self, hidden behind his bright smile. 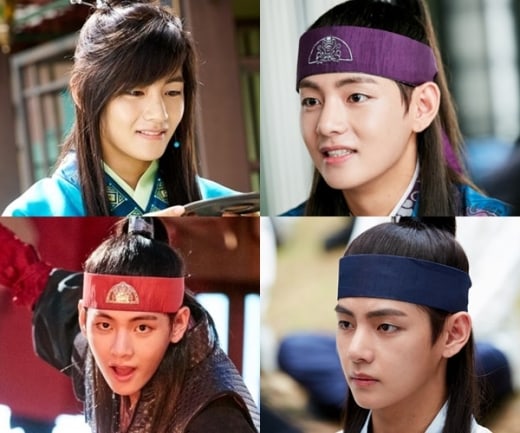 When Park Hyung Sik came out in “Hwarang,” many viewers were in awe of his handsome appearance and commented that this is what King Jinheung would look like if he were alive.

Park Hyung Sik played the part of King Jinheung, who became the king at a young age but couldn’t show himself due to being in his mother’s shadow. He successfully portrayed his character with his hanbok, visuals, pronunciation, and vocalization. 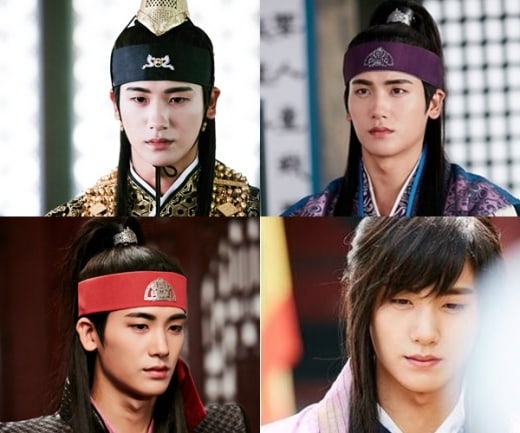 Check out “Hwarang” below!

After his successful run in “The Moon Embracing the Sun” as Heo Yum, Im Siwan chose “The King Loves” as his final drama before enlisting in the military.

In “The King Loves,” Im Siwan gracefully showcased the duality of his character as Wang Won while telling his story of love and ambition. 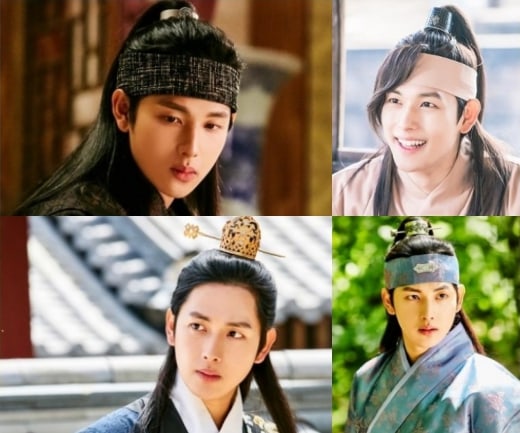 INFINITE’s L in “Ruler: Master of the Mask”

L appeared in his first-ever historical drama through MBC’s “Ruler: Master of the Mask.” L’s character was born into the lowest societal class as the son of a butcher, but became a king for love using his intelligence and spirit.

L was able to display his wide range of acting and striking visuals. Fully immersed in his character, the INFINITE member showcased stable vocalization and detailed facial expressions. 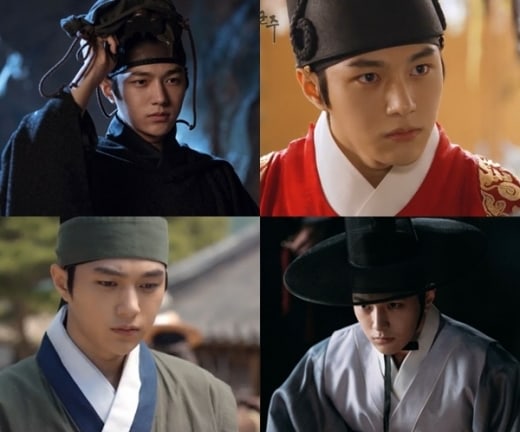 Yoon Doojoon succeeded at his first-ever historical drama and showed his potential in the genre. 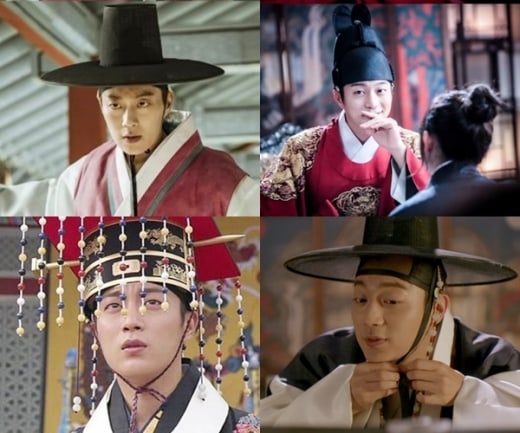 Check out the first episode of “Splash Splash Love” here:

CNBLUE’s Kang Min Hyuk in “The Princess and the Matchmaker”

Kang Min Hyuk appeared in the historical comedy film “The Princess and the Matchmaker” as a handsome man named Kang Hwi, a bachelor who has messy relationships due to his magical charms. 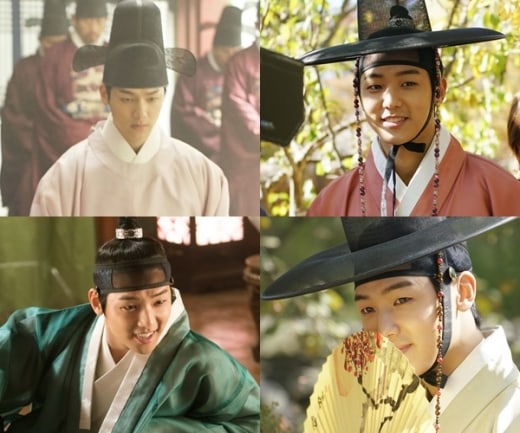