“The Beauty Inside” Unveils Main Poster Ahead Of Drama Premiere

September 17, the highly anticipated drama adaptation of the popular 2015 film “The Beauty Inside” released its main poster.

The JTBC Monday-Tuesday drama, starring Lee Min Ki and Seo Hyun Jin, tells the story of a woman named Han Se Gye (Seo Hyun Jin), who must live in someone else’s body for a week every month, and a man named Seo Do Jae (Lee Min Ki), who is unable to recognize others’ faces.

In the new poster, a cynical Lee Min Ki has his hand on the shoulder of a muscular man, who has a magazine with Seo Hyun Jin on it held up to his face, in a clever representation of Seo Hyun Jin’s changing monthly appearance, not unlike the cover of a magazine from month to month. The poster reads, “Who are you this month?” 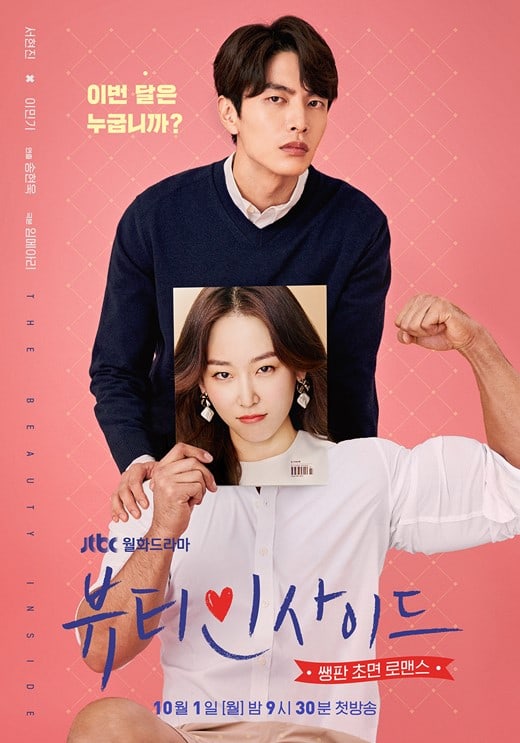