So Ji Sub and Jung In Sun have proven that they are adorable as well as absolutely amazing with children for “Terius Behind Me.”

“Terius Behind Me” is about a mysterious black ops agent and his next door neighbor, who works with him after being thrust into an information war.

Jung In Sun plays Go Ae Rin, the mother of twins. She has mastered being a housewife, thanks to dealing with her trouble-making children and her ability to take advantage of any sale she sees. She will portray the joys, sorrows, and real concerns of any mother who has given up her career for her marriage and children. It was revealed that the actress did thorough research for her role, asking those around her as well as joining online communities for housewives.

So Ji Sub will be taking on the role of NIS black ops agent Kim Bon. He disappeared three years ago, when a mission was unsuccessful and framed him as an internal spy.

The released photos show Jung In Sun with her children Cha Joon Soo (played by Kim Geon Woo) and Cha Joon Hee (played by Ok Ye Rin). She naturally shows her affection for the child actors, holding them as a mother would, and even reads them bedtime stories. She is also seen looking emotional and on the brink of tears. 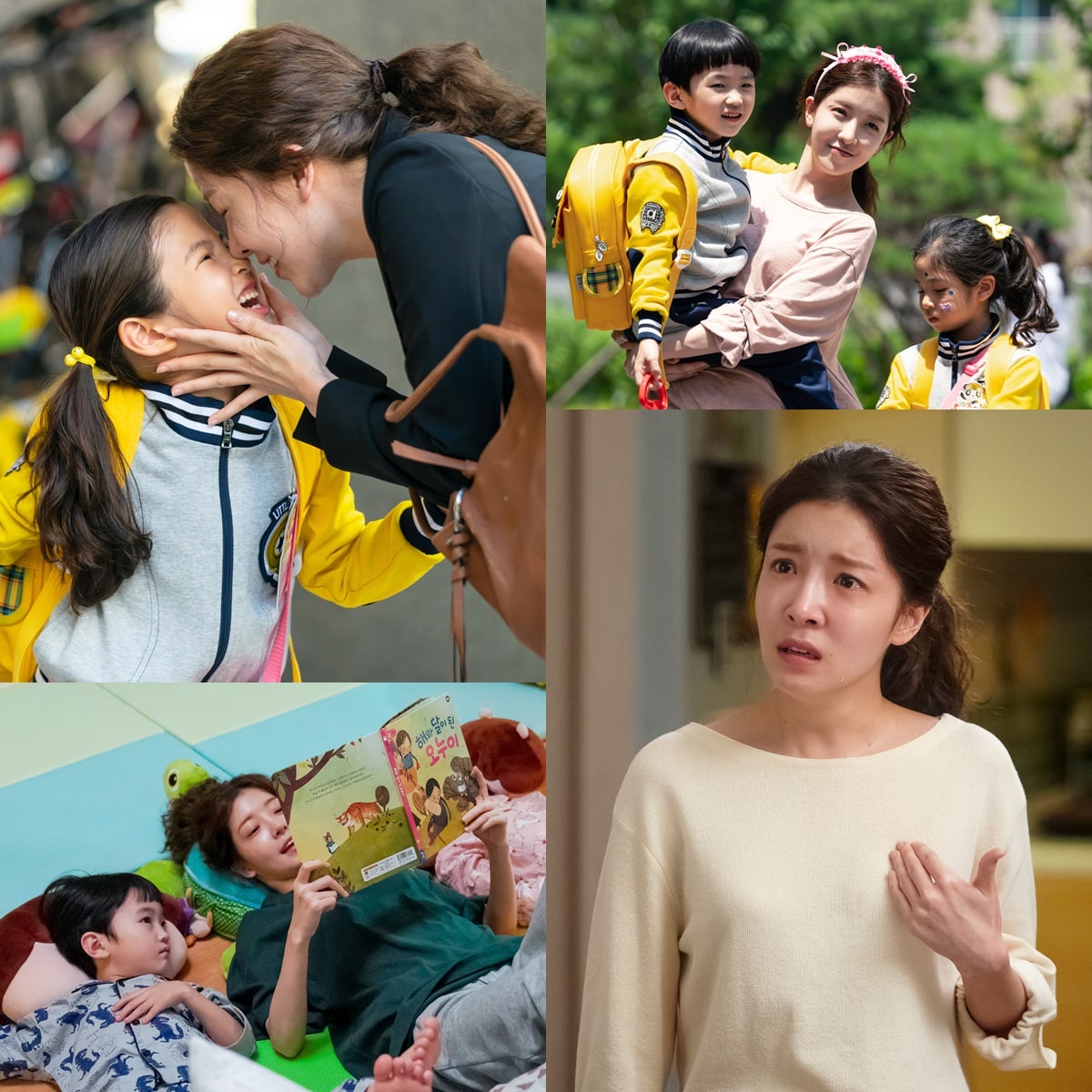 On the other hand, So Ji Sub wears all black and wears his sunglasses, which are a stark contrast to the adorable, brightly dressed kindergartners entangled in his arms. Other mothers who live in the same apartment complex are shocked by his appearance. 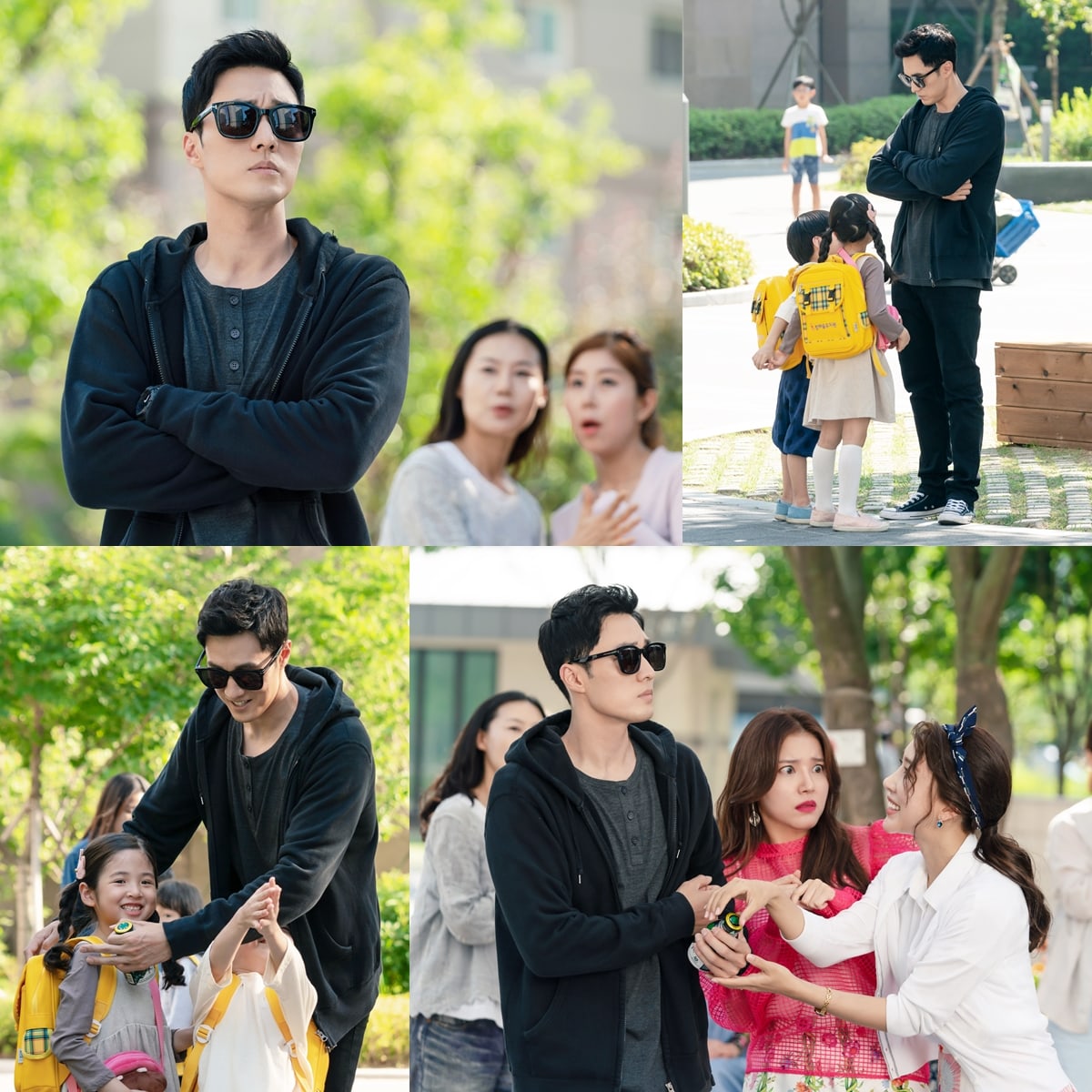 The director commented, “No matter what the situation, Go Ae Rin is never discouraged, and is a character that accurately embodies this generation’s mothers who don’t even have time to be discouraged. Jung In Sun is portraying the role in a real way. We share stories from our acquaintances about childcare to add more detail to the tone of acting.”

“Terius Behind Me” will air its first episode on September 27 at 10 p.m. KST.