The singer held her “IU+” 10th anniversary fan meeting on September 10 at the Universal Art Center in Seoul. The event was held across two sections, with IU meeting her teenager fans at 2 p.m. KST and fans in their twenties and older at 6 p.m. KST. The singer even prepared an “IU+” kit for all attendees, which including rings, a CD of ASMR videos, socks, and photocards. 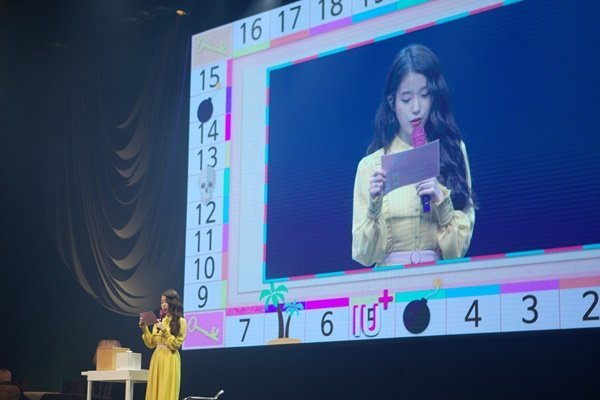 During the first part of the event, IU sat down with her teenager fans and for two hours, she had a lively and engaging conversation with them. They talked about trends and concerns that teenagers, and she was like an older sister and friend to them as they connected. She performed songs like “A Dreamer,” “Someday,” and “Teacher,” sharing meaningful lyrics and hopeful messages with her younger fans.

The second half was for her older fans, and they looked back on IU’s ten years as a singer. Singer and composer Yoo Jae Hwan, who has always talked about being a big fan of IU, appeared on stage as a special MC. IU shared many candid conversations with her fans, and they had a special time in which they thanked each other for ten years and promised to make the next ten years even more special. She performed songs like “Autumn Morning,” “Knees,” “Through the Night,” and fan song “Heart.” 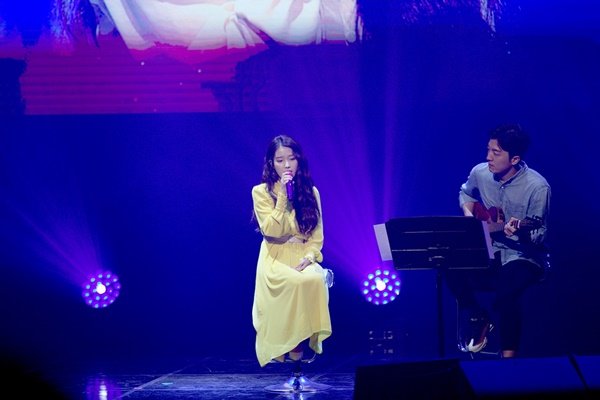 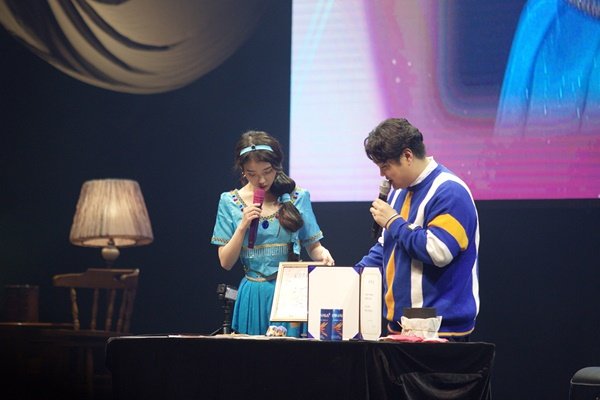 After the event, IU said, “I tried to listen more in the first half, and in the second event, I wanted to talk about a lot of stories I’ve been wanting to share with you, and I’m happy with what I’ve been able to do.” She also spoke about reaching her 10th anniversary and said, “At first, ten years felt so far away but now it doesn’t feel that unattainable. Now that I’ve reached it, I think I can go on and work even harder than before.”

The singer also showed affection for her fans as she said, “I am so grateful to UAENA for always making sure I don’t feel lonely or small. I hope we are able to spend even more time together and create good and happy memories.”