Chansung is making a return to variety shows after a while through the program. “When I decided on appearing on the show, I was surprised by the lineup,” he said. “I approached it with a fresh mindset because I’ve never lived in a farming village before. I was taking on a challenge, as it were. I thought that Tae Woong would lead us well in terms of the farm work, so I went on the show with the thought that I should do a good job of following him and have fun.”

The most difficult part of filming for Chansung was getting used to the daily schedule of farm life. “Getting up at 7 a.m. and starting work, and then eating dinner when the sun sets — it was the total opposite of the pattern that I usually have,” he said. “It was really difficult because I couldn’t get used to it.”

On the other hand, the moment that he enjoyed the most was riding a cultivator and feeling the wind on his face. “The wind was so refreshing when I was on the cultivator that I was really surprised,” he commented. “I usually feel a sense of healing when the weather’s nice or because of other things related to nature. I felt tremendously healed in the morning by the refreshing breeze and the beautiful sunshine.”

When asked which 2PM member he would recommend for farm life, Chansung picked Wooyoung. He explained, “When Wooyoung wants to learn something, he goes really deep into it and works hard, so I think he’d do well.” 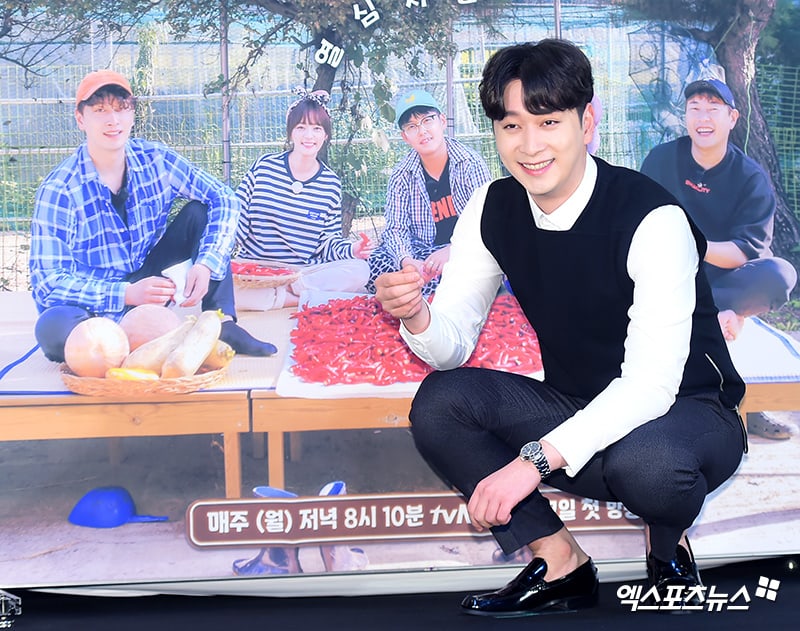 “Sound of Grazing Grass: Autumn” premiered on September 17 and airs every Monday on tvN.

2PM
Chansung
XPN
Sound of Grazing Grass: Autumn
How does this article make you feel?