The official poster for KBS 2TV’s upcoming drama “Matrimonial Chaos” has been revealed!

“Matrimonial Chaos” will explore the question if marriage is really the completion of love. It’s a romantic comedy that will tell the fun, honest differences in women and men’s thoughts about love, marriage, and family.

The four actors look like they’re celebrating with confetti, party horns, and their arms in the air. Cha Tae Hyun and Bae Doona show their lovely, cute chemistry while Lee El and Son Seok Gu give off mysterious, friendly vibes.

Cha Tae Hyun catches the viewers’ eyes as he smiles while holding up a divorce agreement. The document, which is signed by both Kang Hwi Roo and Jo Seok Moo, states that he and his wife will get divorced on October 8, live together, and date freely.

What unique story will these actors tell us about love? Find out when “Matrimonial Chaos” premieres on October 8. 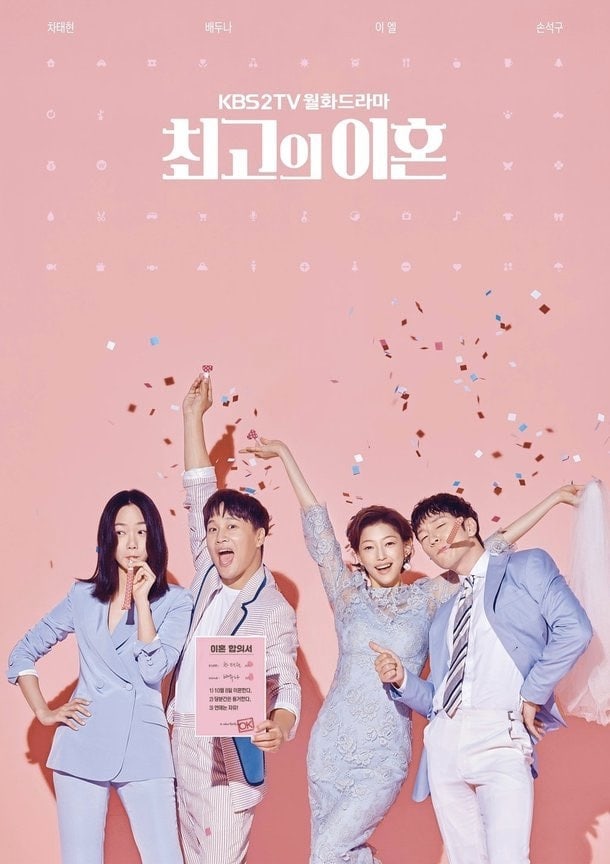