GOT7 Soars To Top Of Major Realtime Charts With “Lullaby”

GOT7’s new song “Lullaby” has taken the No. 1 spot on many major realtime charts!

The group returned on September 17 at 6 p.m. KST with their full album “Present: YOU,” featuring the title track “Lullaby” (in four languages!) as well as solo songs by each member and more. 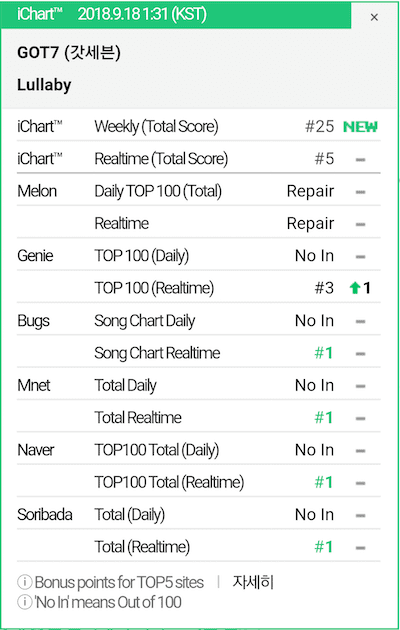