With only two episodes left, the cast of “Time” is full of smiles and laughter.

“Time” tells the story of four people’s lives that became intertwined when they made different choices at some point in the past. Currently in the drama, Seohyun, Kim Jun Han, and Hwang Seung Eon are tied down by those decisions and this leads to the characters playing mind games — being tricked or tricking others. Adding twists on top of twists, the story has captivated viewers as each episode progressed. 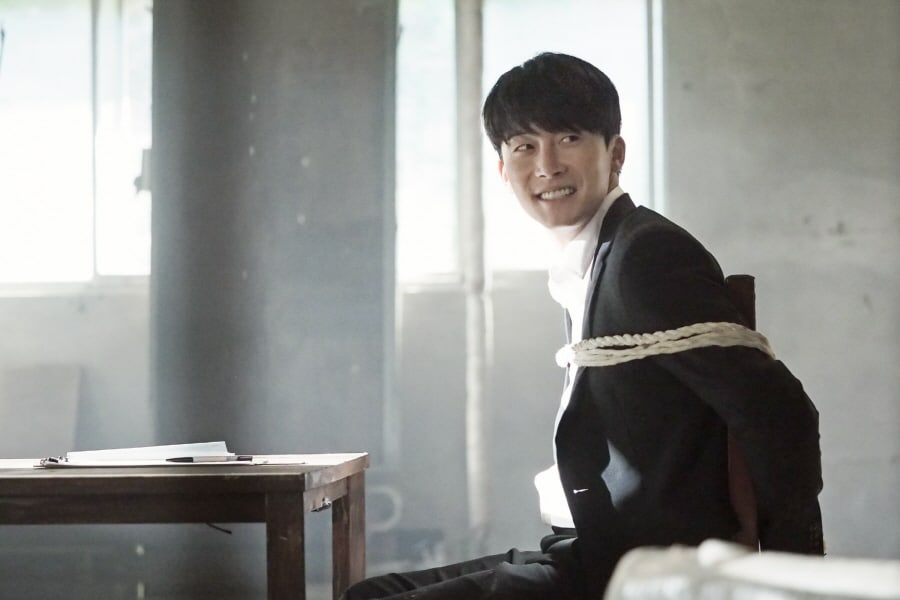 The latest episodes carried such suspense with Seol Ji Hyun (Seohyun) and Eun Chae Ah (Hwang Seung Eon) combining forces to discover the truth behind Cheon Soo Ho’s (Kim Jung Hyun) death. On top of that, Shin Min Seok (Kim Jun Han) takes the fall as the wanted criminal and the three characters deal a blow to CEO Cheon. However, Eun Chae Ah and Shin Min Seok start to get rattled when they worry about the truth coming out. Tension was at an all-time high at the end of the episode when Shin Min Seok is seen pulling the trigger while pointing at Seol Ji Hyun. 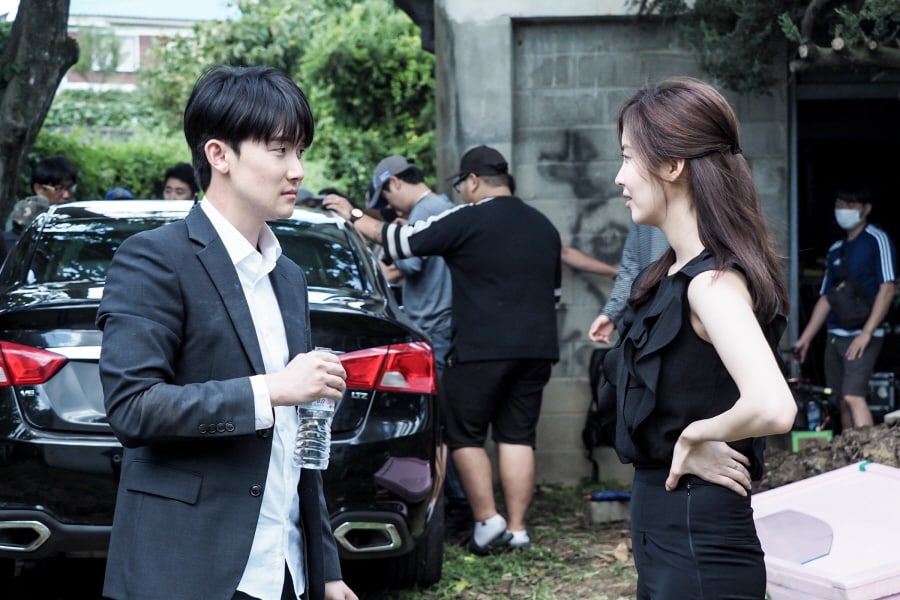 With only a couple of episodes left, the behind-the-scenes stills are receiving a lot of attention as it shows the actors having a great time with each other, contrary to the drama’s dark nature. 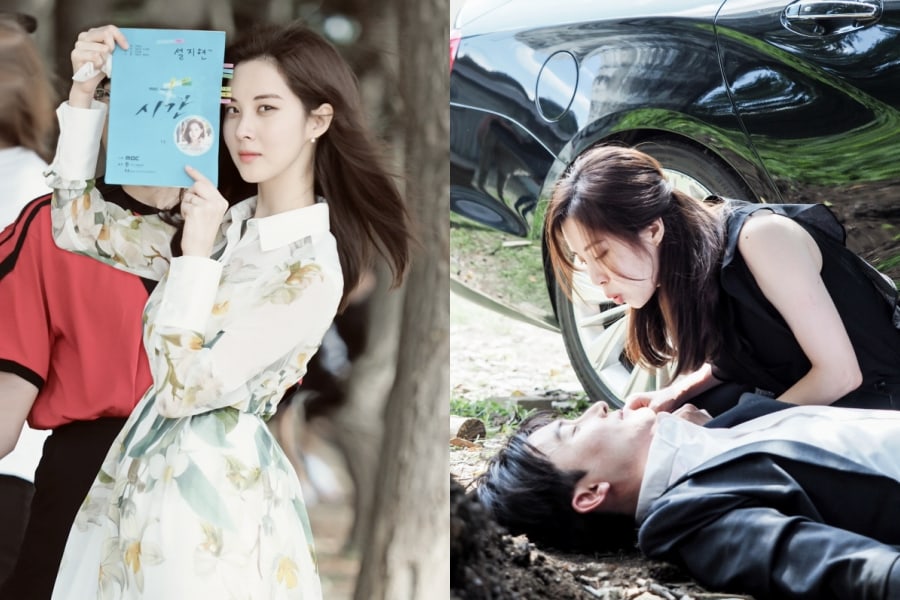 As Seol Ji Hyun, Seohyun puts herself in danger trying to uncover the secrets behind her sister, mother, and now her husband’s deaths in “Time.” Seohyun takes a break from memorizing her lines to take a picture with her script. She is also seen trying to help Kim Jun Han who is lying on the floor by getting bugs off of him. 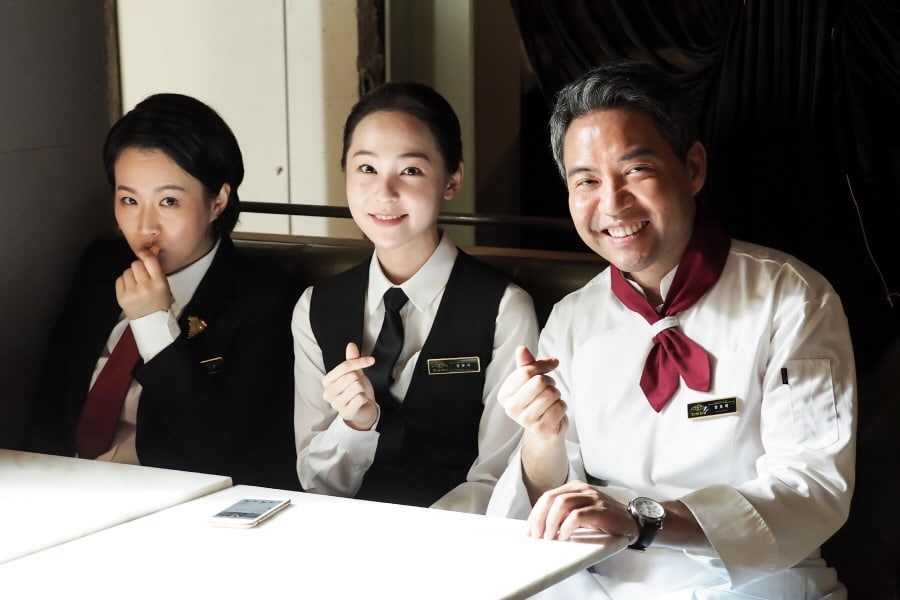 Unlike his dark character Shin Min Seok, who takes orders from CEO Cheon to hide secrets and ends up being framed as the culprit behind Cheon Soo Ho’s death, Kim Jun Han is the funny man on set. Not only does he laugh at the staff’s jokes, but he also makes the set enjoyable while playing around with Seohyun. 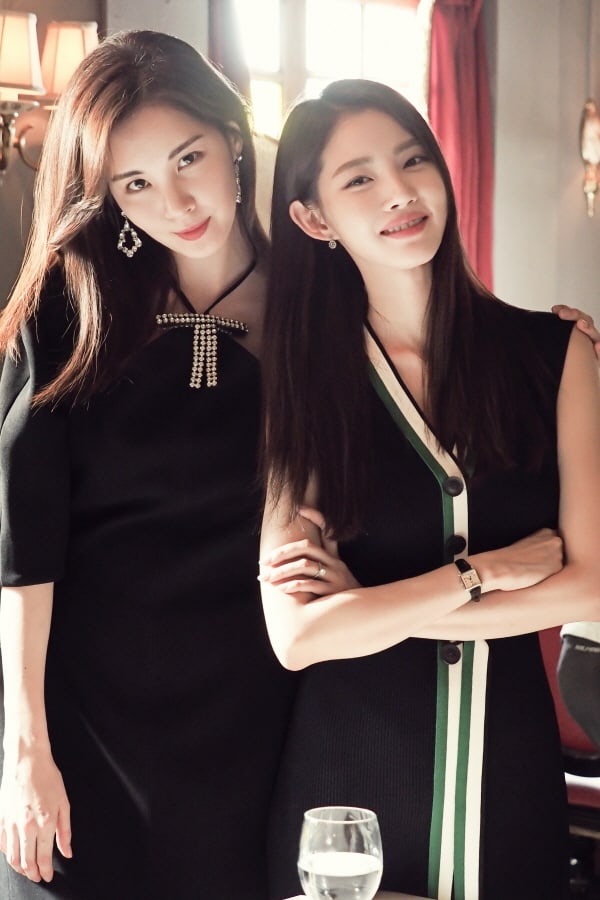 Hwang Seung Eon is always known to have a smile on her face which lightens the mood. Even though she and Seohyun are on opposing sides in the drama, they are close in real life and act like sisters on set. 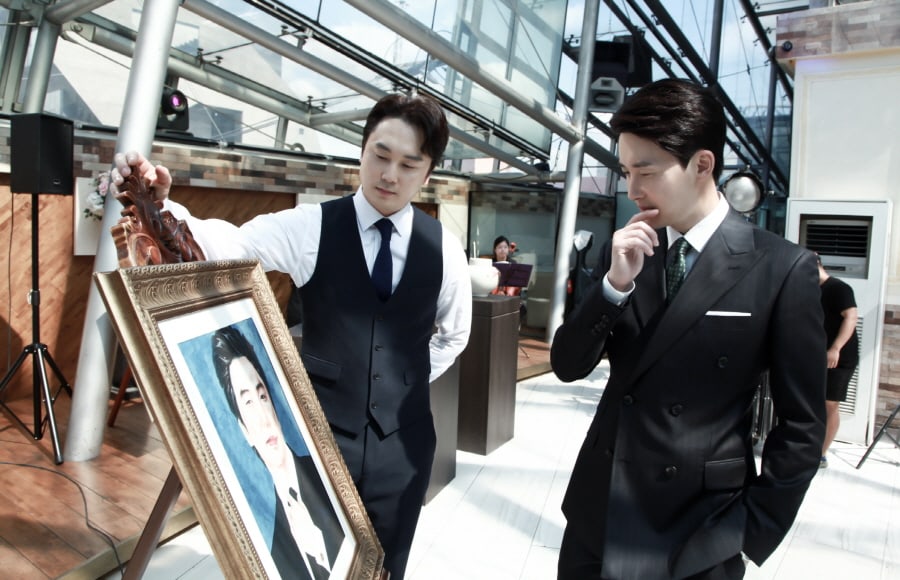 Jeon Soo Kyung and Seo Hyun Woo’s moments were also captured on set. Veteran actress Jeon Soo Kyung sets an example by never letting the script leave her hands. Seo Hyun Woo made people laugh when he favorably admired a portrait of him with Kim Jun Han. They have been making their mark on the drama with their amazing acting that adds fun and tension.

The production staff stated, “In order to deliver viewers a quality production, the actors and crew have worked tirelessly for the past three months. We would like to sincerely thank the actors who never lost their smiles while working passionately. Please make sure to watch ‘Time’ until the very end.”