Yoon Shi Yoon experiences all sorts of emotions at the playground where he built many precious memories with Lee Yoo Young in “Your Honor.”

Though he decided to tell her the truth about his identity, he was unable to do so due to various situations that arose. Oh Sang Chul (played by Park Byung Eun), who had long-time one-sided feelings for Song So Eun, expressed his obsession for her when he revealed he had evidence that Han Soo Ho had testified in favor of the assailant in Song So Eun’s sister’s sexual assault case. As Song So Eun knew Han Kang Ho as Han Soo Ho, she was quite shocked.

In the released photos, Han Kang Ho stands alone in the playground by Song So Eun’s house, a special place for the couple as it is where they shared their first kiss. Han Kang Ho is filled with nostalgia as well as tears as he is seen writing something on a piece of paper, then sorrowfully reading the document. 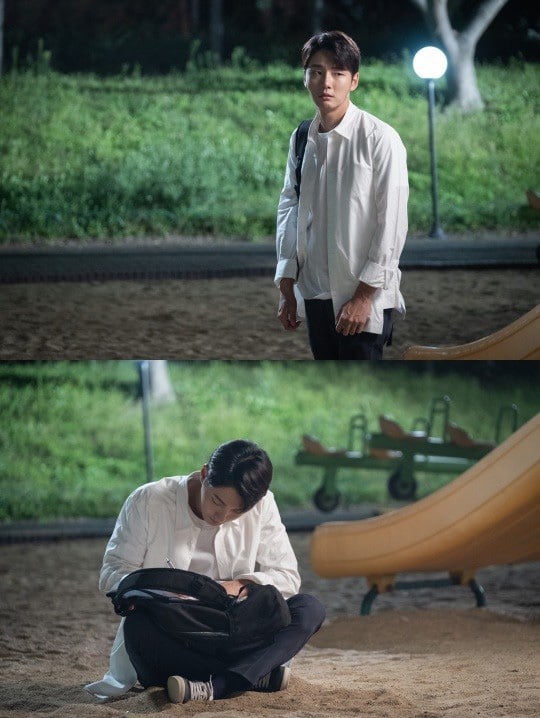