Son Ho Jun talked about why he chose his character for his upcoming drama “Terius Behind Me.”

“Terius Behind Me” is about a legendary black ops agent who reappears after a mysterious disappearance, and his neighbor who becomes thrust into an information war alongside him. In the drama, Son Ho Jun plays Jin Yong Tae, the CEO of J International, a luxury goods shop.

On his character, Son Ho Jun commented, “I met Jin Yong Tae during a time when I dreamed of transforming. I’m glad that I’ll be showing a different kind of acting than the acting that I’ve shown until now.” He continued, “Jin Yong Tae isn’t a character that you can just simply label as a villain. Compared to his villainous side, he shows an unexpectedly clumsy and cute side. Jin Yong Tae’s evil doings and mindset will gradually be revealed, adding interest and tension to the show, and will double his charm.” 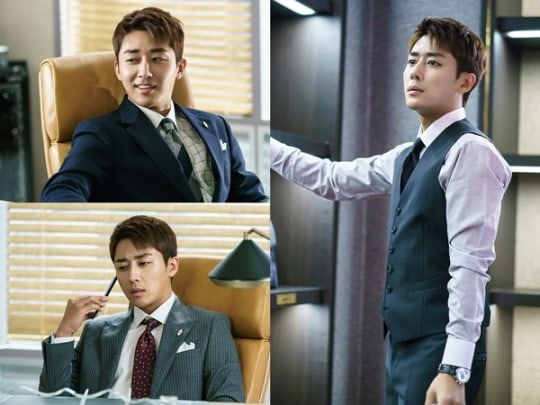 Son Ho Jun shared, “I’m doing my best to escape from the stereotype of the cold, wicked villain. Not only do I do research to find out why he acts and thinks in this way, I also try to add something different to the aspects you can see now.” He also talked about how he was slowly transforming into Jin Yong Tae by analyzing style, the tone of his voice, gestures, and more.

“Terius Behind Me” will air its first episode on September 26 at 10 p.m. KST.

Son Ho Jun
Terius Behind Me
How does this article make you feel?