Seohyun Is Barely Saved From Gunshot Wound In “Time”

Girls’ Generation’s Seohyun is on the verge of death in new stills for “Time.”

Previously, Seol Ji Hyun (Seohyun) found out that the one who put her in danger was none other than Chairman Cheon (Choi Jong Hwan), Cheon Soo Ho’s father. Therefore, she ended up forming an alliance with Eun Chae Ah (Hwang Seung Eon). Shin Min Seok (Kim Joon Han), who was blamed with false charges, threatened Chairman Cheon with W Group’s corrupt activities. When Chairman Cheon came to get the evidence, he shot Seol Ji Hyun, who fell into the river with a bullet wound.

In the released pictures, Seohyun undergoes a surgery while covered in blood. Her contorted expression and pale face is proof that she’s in tremendous pain. In other photos, she glares piercingly at someone while receiving treatment. A white bandage covers her left shoulder, and her face is still colorless as ever. Viewers are already looking forward to finding out about how Seohyun was able to save herself and who she is speaking to at the hospital.

These scenes were taken at a hospital in Yeoju located in Gyeonggi Province. Seohyun, who had to dress up as a patient with a bleeding wound ahead of the surgery scene, was amazed by this new experience and made the crew laugh. During filming, Seohyun had to portray the pain Seol Ji Hyun was going through, as well as her conflicting suspicions. She was passionate throughout the scene and amazed the crew with her detailed acting. 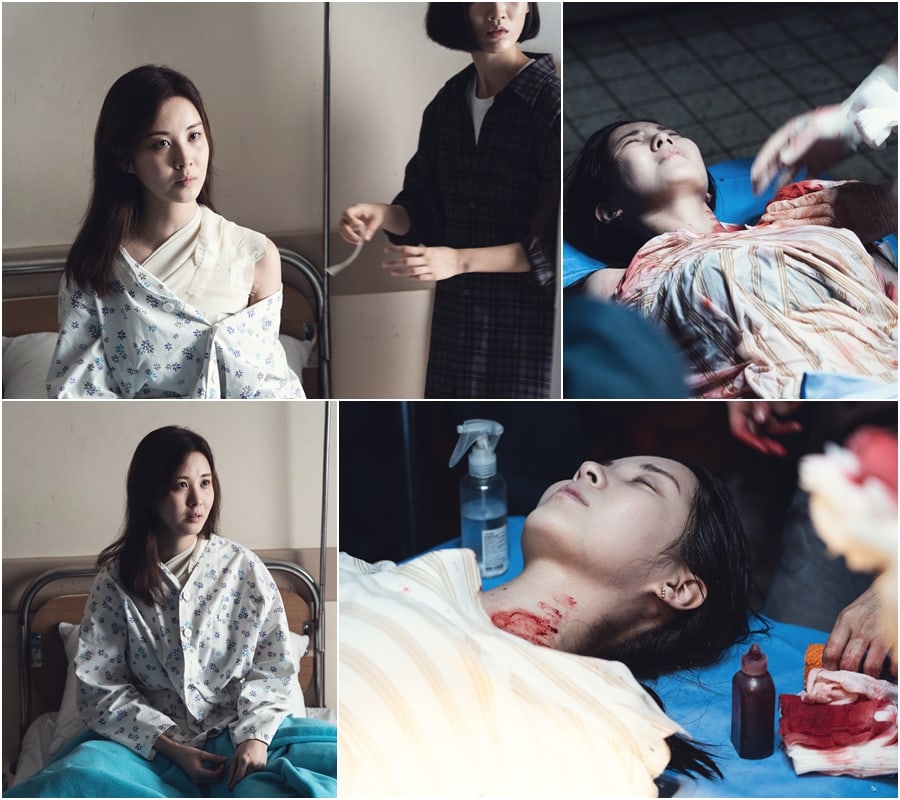 The production crew praised, “As the filming progresses, Seohyun leads the atmosphere with a high concentration in acting. We ask you to support Seohyun, who is growing to be a true actor by making an effort in each of her lines and expressions, until the end.”

In the meantime, catch up to the latest episode below: