“Familiar Wife” is nearing its end.

In the released photos, the two face their new reality and head to work with their kids. Ji Sung carries two kids in his arms while wearing a look of steely determination. Next to him, Han Ji Min smiles brightly as she holds hands with one child and carries the other in her arms. Although this reality is definitely different from their past where they would fight constantly, there is still something that has changed in Joo Hyuk and Woo Jin. 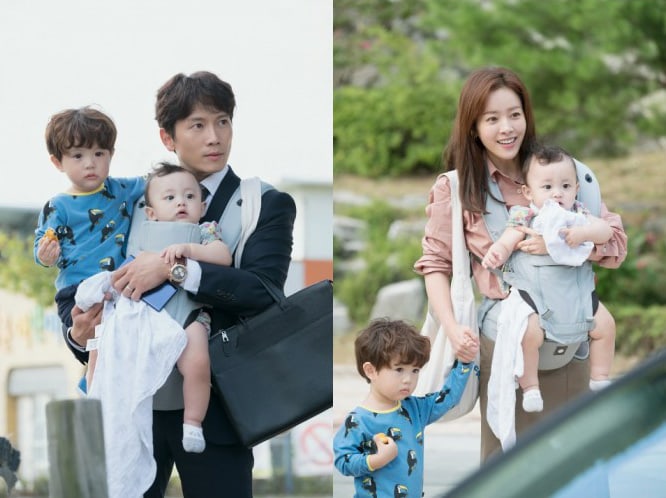 Viewers are curious to see the new future after Joo Hyuk and Woo Jin’s realization that the problems in their lives weren’t due to other people or the environment, but were something they had to confidently face themselves.

The production staff stated, “Ji Sung and Han Ji Min, who have evoked feelings of empathy all this time, will make their way towards reality in a ‘Joo Hyuk-like’ and ‘Woo Jin-like’ way. All of the viewers are waiting for the conclusion that will contain both feelings of sympathy and romance. Please stay tuned for the final episode of the ‘If’ romance that will unfold through ‘Familiar Wife.'”

Watch the latest episode before it’s too late!