“Where Stars Land” is about the mysterious new employee Lee Soo Yeon (played by Lee Je Hoon) who harbors a secret, and Han Yeo Reum (played by Chae Soo Bin), the first-year employee with a troubled past who causes accidents wherever she goes. The two struggle and heal each other’s wounds as they work together at Incheon International airport. The drama is written by Kang Eun Kyung, the writer behind “Romantic Doctor Kim.”

In the released posters, Lee Je Hoon and Chae Soo Bin stand amidst the falling rain, as well as beneath hundreds of twinkling stars. The two posters capture the essence of “day and night.” 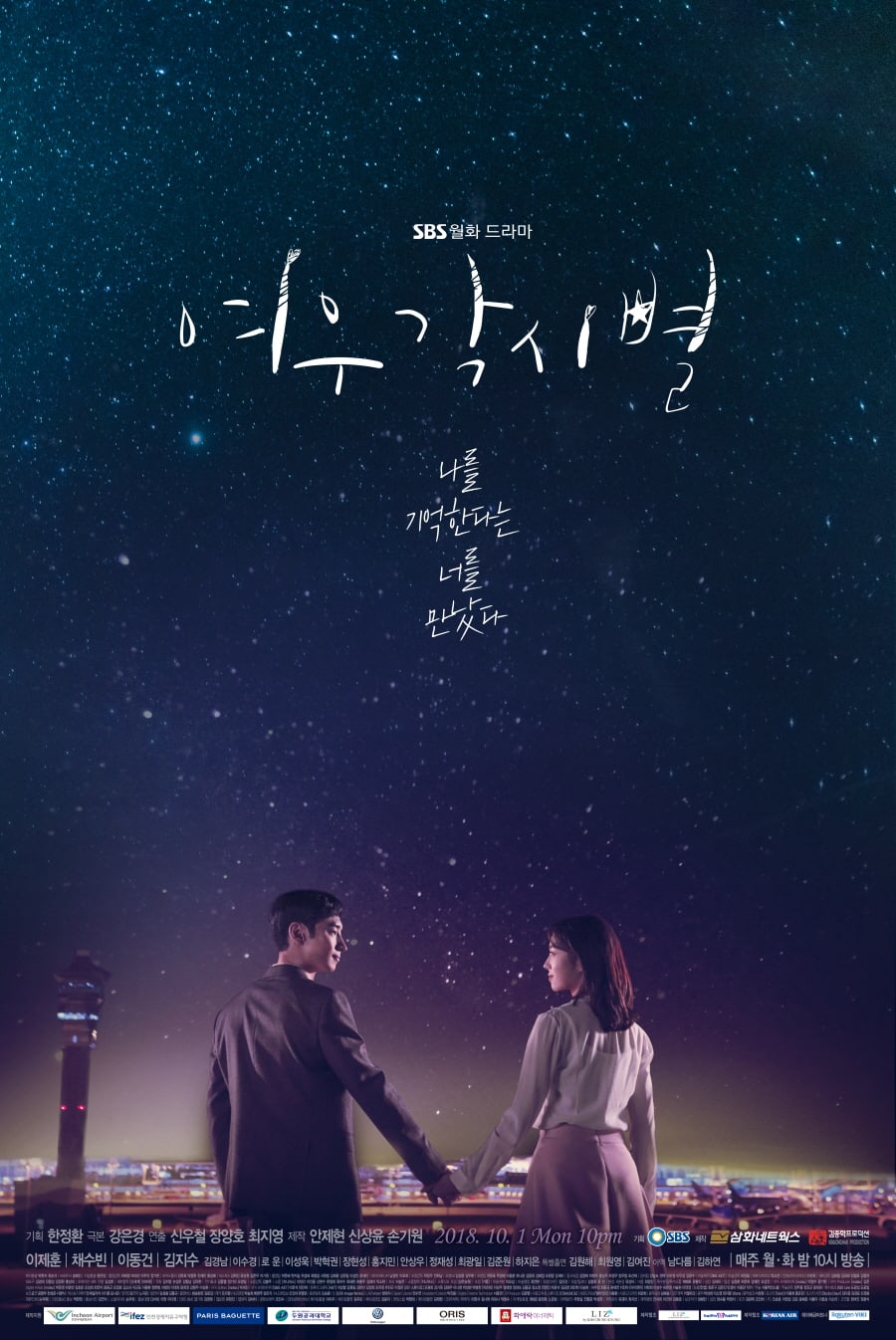 The main poster shows Lee Je Hoon and Cha Soo Bin under the night sky sprinkled with stars. The two stand together at a distance, holding hands on top of a hill that overlooks the airport. They gaze at each other with warm looks in their eyes. 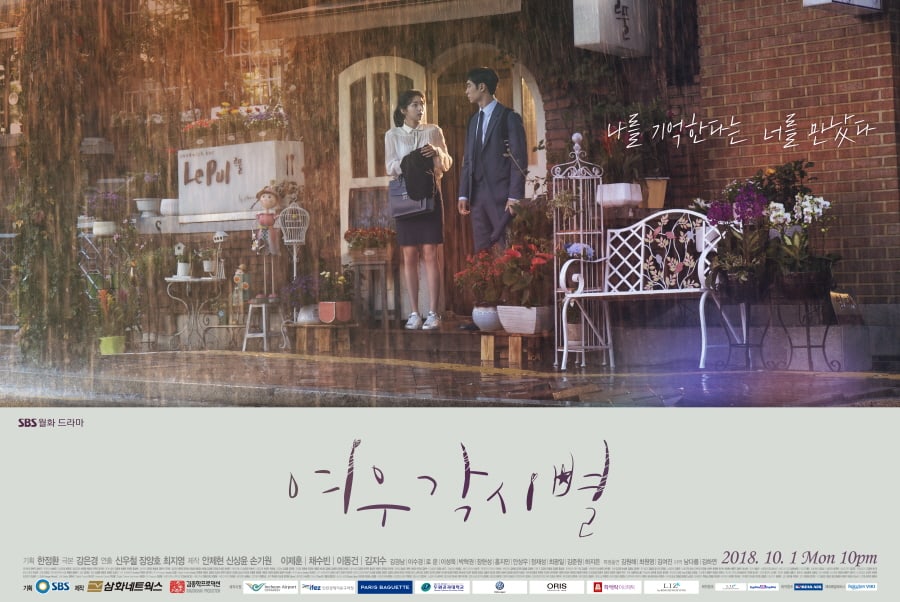 In the next poster, Lee Je Hoon and Chae Soo Bin try to escape the falling rain by seeking cover under the eaves. They stare at each other, looking as if they will soon fall for one another. They stand amidst the vases of colorful flowers that cover the road, which helps create a romantic atmosphere.

The staff on set were impressed with Lee Je Hoon and Chae Soo Bin, who completely fell into their roles as Lee Soo Yeon and Han Yeo Reum for the main poster shoot. During the shooting for the airport poster, they exchanged looks of warm confidence as they held hands. On set of the rain poster shoot, although there was not much skinship involved, the two displayed explosive chemistry through their perfect facial expression acting.

The production staff stated, “Through the main poster featuring the youthful Lee Je Hoon and Chae Soo Bin, who are leading the romance in ‘Where Stars Land,’ the start of the romance full of freshness will feel more real to [viewers]. Please look forward to the couple’s love story that will specially highlight the radiance of fall through its fairytale-like romance.”

“Where Stars Land” premieres on October 1 and will be available on Viki.

Watch a trailer below: