The cast and crew of “Heart Surgeons” has promised to captivate viewers with a medical drama with plenty of heart and a meaningful message of hope.

A press conference for SBS’s upcoming Wednesday-Thursday drama was held on September 20 and was attended by Go Soo, Uhm Ki Joon, Seo Ji Hye, and Kim Ye Won. “Heart Surgeons” will be a drama that follows the lives of thoracic surgeons as they fight hard to save lives.

Producing director (PD) Jo Young Kwang introduced the drama as, “The saddest thing a person can experience is losing a loved one, and the greatest thing a person can do is to save a life. Our drama will begin with that statement,” and “Many doctors remember the patients who die more than the patients they keep alive. Before they are doctors, they are human beings. They are somebody’s father or somebody’s daughter. Our drama will tackle the issue of what happens when a doctor’s sense of duty collides with their personal outlooks on life.”

He went on to add, “Through the three doctors in the drama, we hope to heal scars that people have and give a message of hope. We spoke to a lot of doctors while preparing for this drama, and they shared their stories of not getting enough sleep or not eating regularly because they’re doing their best to keep their patients alive. It is this passion from doctors and nurses that has helped us create this drama.” 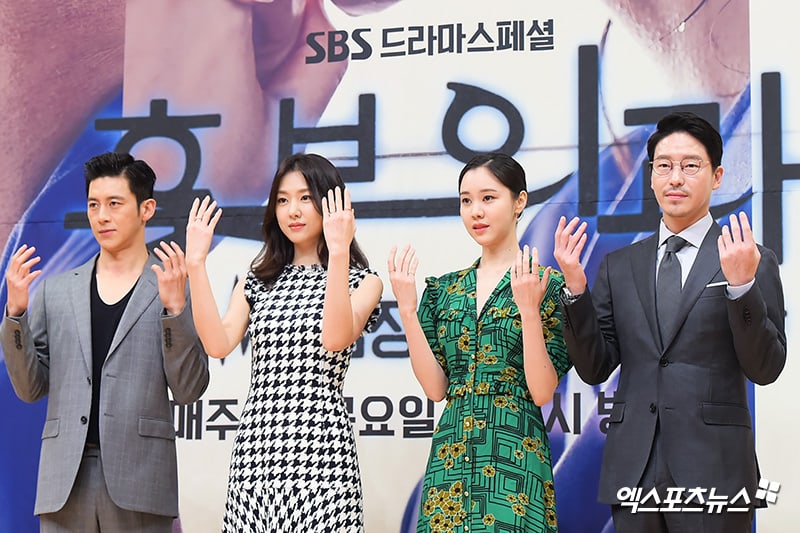 The cast also talked about how “Heart Surgeons” will differentiate itself from previous medical dramas by not having a melodrama element to it. Seo Ji Hye confessed that she had initially been disappointed that there would be no love story in the drama but added, “While filming the drama, I realized that this drama doesn’t really need a melodrama element. It’s a drama that focuses more on the surgical procedures doctors carry out, and the various aspects of life and conflicts that they face in their profession. The drama is already packed to the brim with things to see, so much that 60 minutes for one episode feels too short. Each character has their own charms, and that’s more than enough for our drama, I think.”

Go Soo also stated, “I think each medical drama has its own message it wants to tell. For us, we wanted to create a story centered around the heart. Though our drama isn’t a melodrama, it will still get viewers’ hearts racing. There may not be a love story, but it’s a drama with heart.”

“Heart Surgeons” is set to premiere on September 27 at 10 p.m. KST and will also be available on Viki. Watch the trailer for the drama below!