MBC’s upcoming Wednesday-Thursday drama “Terius Behind Me” has shared new stills of legendary black ops agent Kim Bon (So Ji Sub) finding himself a welcome guest in quite the unexpected situation.

“Terius Behind Me” will tell the story of Kim Bon, a black ops agent who disappears after a failed mission, and Go Ae Rin (Jung In Sun), the woman living in the house in front of his who finds herself getting dragged into a war of espionage.

Though So Ji Sub will be playing a stoic and legendary secret agent, the new stills released from the drama show quite a different side of him. In the photos, Kim Bon is sitting uncomfortably in a small chair that looks like it’s meant for a child. He holds a small drink in both hands as he sips from a straw, looking a little bit like Gulliver as he appears to be too big for everything. 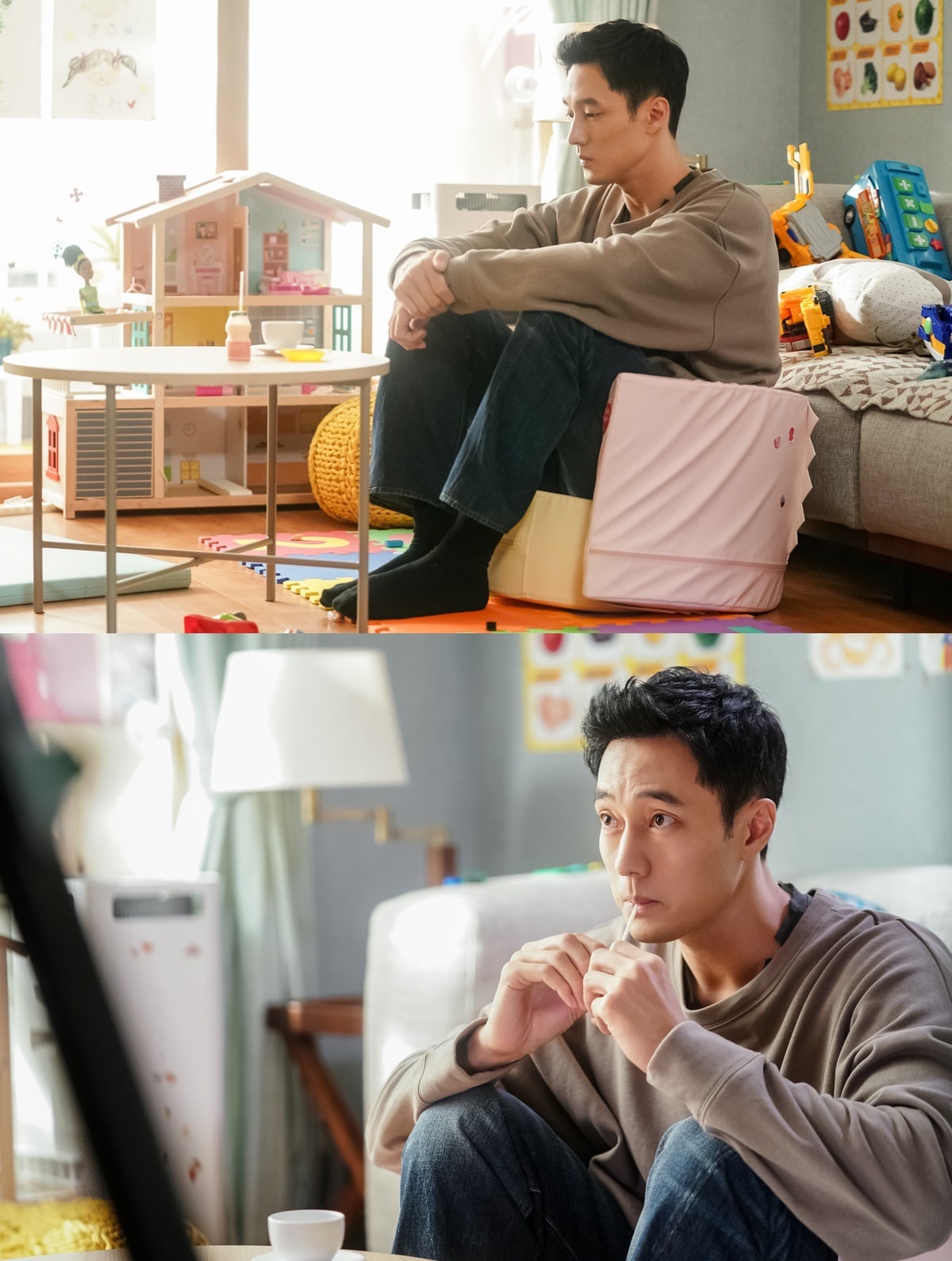 The images show that he is being hosted by none other than Go Ae Rin’s children, a pair of mischievous twins. They watch him sip imaginary tea from a cup with shining eyes, and So Ji Sub does his best to not let them down during their tea party.

The interesting chemistry between So Ji Sub and the twins, as well as the story of how they roped him into their tea party, will be revealed in the premiere of “Terius Behind Me,” which will take place on September 27 at 10 p.m. KST.

So Ji Sub
Terius Behind Me
How does this article make you feel?