MBC’s “Hide and Seek” has issued a statement regarding a controversial scene.

On the last episode of “Hide and Seek,” there was a scene where Min Chae Rin (played by Lee Yoo Ri) walked through the male area of a public bathhouse, as the naked men ran away when they saw her.

Although the men’s bodies were censored, viewers pointed out that it was sexually suggestive and called it male sexual harassment. Some viewers additionally asked for disciplinary action to be taken on the production crew and for the drama to end earlier.

On September 20, a source from the drama said in an official statement, “We sincerely apologize to the viewers who felt uncomfortable while watching [the drama].”

They continued, “The scene that has been caught in a controversy was shot with the intention of telling the process of Min Chae Rin breaking norms to save her company. We want to sincerely apologize to the viewers who felt uncomfortable despite our intentions.”

They added, “The staff will humbly accept viewers’ comments that it was an excessive set-up. We will be more sensitive, think harder, and will work hard to create a balanced production.” 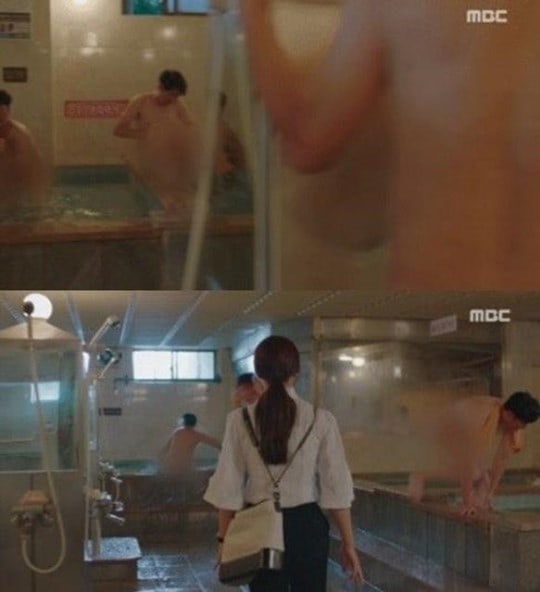 “Hide and Seek” airs on Mondays and Tuesdays at 10 p.m. KST.

What do you think about this scene? Let us know after watching the latest episode below:

Hide and Seek
How does this article make you feel?