For its latest season, the reality show series has slightly changed its original concept of celebrities experiencing military life, and has revealed that the cast will now be trained and evaluated to see if they have what it takes to become an honorary member of the army’s exclusive “300 warriors.” The cast includes Kang Ji Hwan, Ahn Hyun Soo, Kim Ho Young, Matthew Douma, PENTAGON’s Hongseok, Oh Yoon Ah, Lee Yoo Bi, Kim Jae Hwa, BLACKPINK’s Lisa, and Shinji.

The two actors, who appeared in a drama together titled “Incarnation of Money” back in 2013, reunited in the variety show. Although they could not speak to each other properly due to the solemn and serious atmosphere when they entered the military, they were able to talk during the physical exams. Kang Ji Hwan said in awe, “How did we end up meeting here?,” to which Oh Yoon Ah replied, “I know.” In particular, it is said that the two of them created a warm atmosphere by worrying about each other’s physical strength.

Later on though, Kang Ji Hwan and Oh Yoon Ah were caught keeping each other in check during mealtime, piquing curiosity among the viewers. In a solemn atmosphere, the two leaders continued training for their meals, which led to this event. What happened between the two of them, and how will they overcome this obstacle? 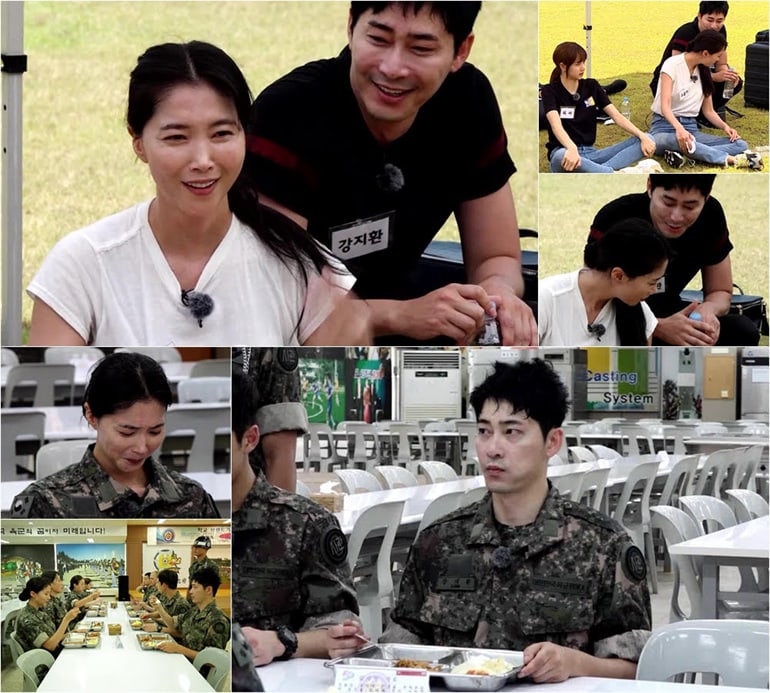