tvN’s upcoming drama “The Smile Has Left Your Eyes” has released new stills of Jung So Min and Seo In Guk!

The mystery melodrama tells the story of Moo Young (played by Seo In Guk), a dangerous, free-spirited “monster” who is suspected of murder, Jin Kang (played by Jung So Min), a woman with the same emotional scars as Moo Young, and Jin Kang’s brother Jin Kook (played by Park Sung Woong), a detective who faces off against Moo Young.

The photos unveiled on September 20 show a sharp contrast between the tense, infuriated Jung So Min and the relaxed Seo In Guk. Jung So Min is glaring coldly at Seo In Guk, while he smiles at her with amusement in his eyes. Jung So Min, however, doesn’t seem amused in the slightest, and her aura is pulsing with fury that even the viewers can feel. 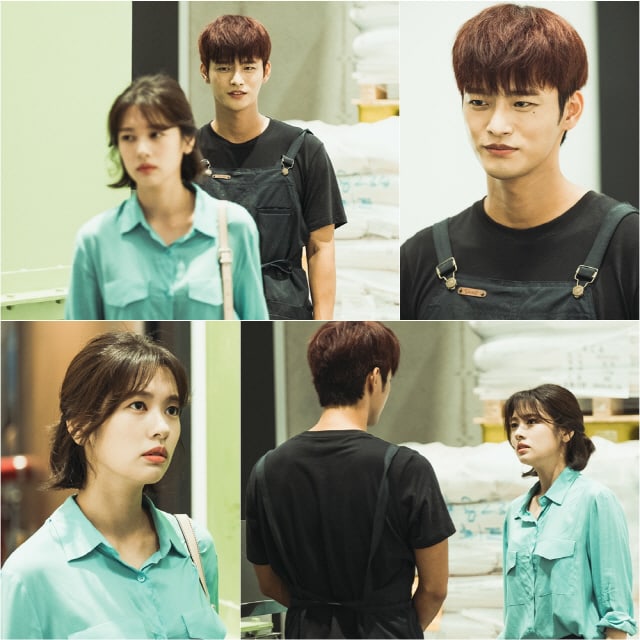 Jung So Min and Seo In Guk filmed the scene in Eumseong in North Chungcheong Province. They arrived on set with bright smiles and discussed the scene in depth with the director before their rehearsal. After working hard on practicing the emotional lines, the two actors reportedly impressed everyone on set with their passionate acting as they filmed the tense scene.

The production crew remarked “In the drama, Seo In Guk and Jung So Min are bound by a shocking fate from their first meeting. Please look forward to the consequences of their meeting and the hidden story that ties the two together.”

“The Smile Has Left Your Eyes” premieres on October 3 at 9:30 p.m. KST and will be available on Viki!

Check out the teaser for the drama below: