At a showcase for their latest comeback, DreamCatcher talked about their signature sound as well as what they want to achieve with this comeback..

The group recently released their third mini album “Alone in the City” with the title track “What,” which sports the group’s signature rock sound. JiU said, “We’ve gone with a metal sound for every album, and it goes well with our group and our choreography. If you think DreamCatcher, the first thing you think is rock. We can’t lose that sound now. Making it more ours will be good for us.”

But they’re not all about rock, said the group. “There are a lot of new things that we’re trying. You’ll be able to enjoy genres [from us] like symphony rock, R&B, and hip hop.” 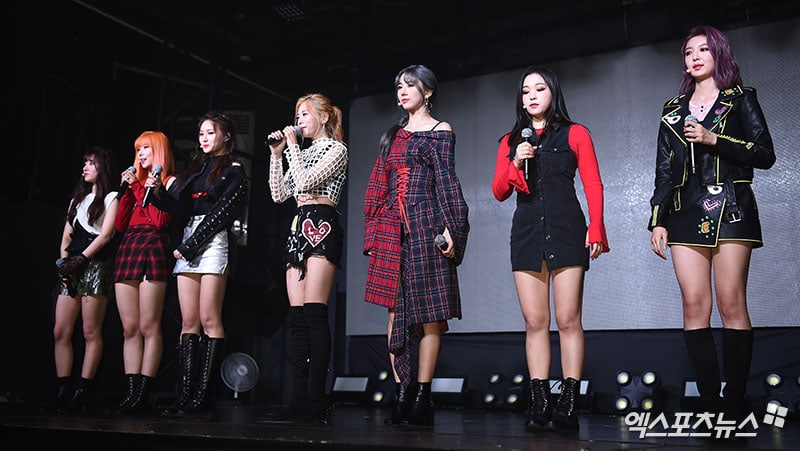 DreamCatcher’s goal for this comeback is to enter the charts. JiU said, “Personally, this album is about nightmares, and a big reason for nightmares is stress. It’s also starting to get colder, so with the hope of spreading warmth, I want to give out hand warmers.”

Siyeon added, “We’ve never entered the charts, but if we succeed, we want to hold a big event with fans, spending time with them and making great memories.”

Dreamcatcher
XPN
How does this article make you feel?