100% celebrated their anniversary with a gift for fans!

The group made their debut on September 21 of 2012 when they performed “Bad Boy” on “Music Bank” for the first time. This year as part of their sixth anniversary celebrations, 100% revealed their beautiful official colors titled “Grand Bleu,” which include Crystal Seas, Starlight Blue, and Cloud.

The announcement explains that the colors symbolize “the moments between 100% and Perfection, which softly shine like the ocean sparkling in the sunlight.” 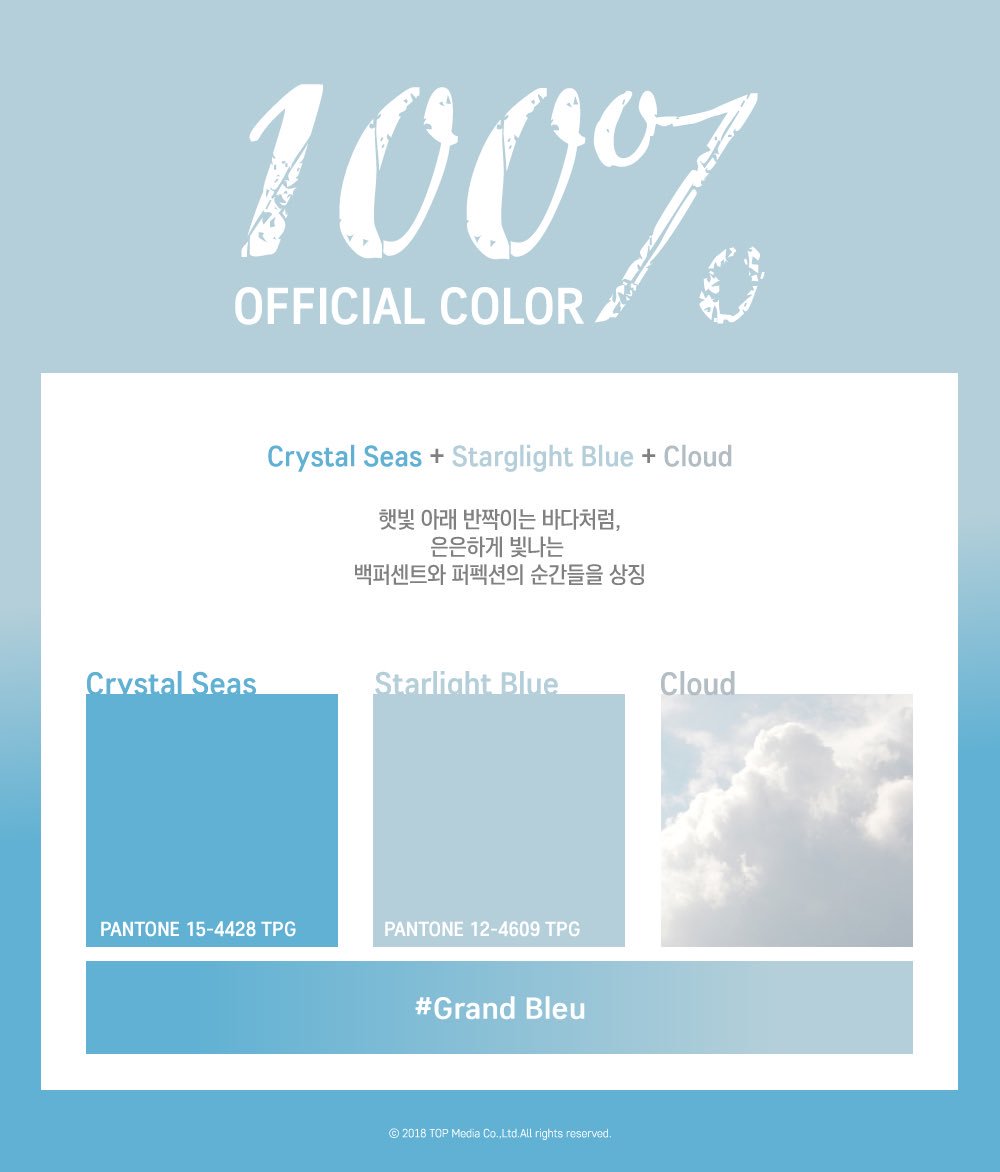 100% most recently made a comeback earlier this month with “Heart.” Happy anniversary to 100%!