Upcoming tvN drama “The Smile Has Left Your Eyes” has released new stills of Seo In Guk and Seo Eun Soo.

“The Smile Has Left Your Eyes” is a mystery melodrama about a dangerous, free-spirited “monster” named Kim Moo Young (played by Seo In Guk) who is suspected of murder, a woman named Jin Kang (played by Jung So Min) who has the same emotional scars as he does, and her brother named Jin Kook (played by Park Sung Woong) who’s a detective and faces off against Moo Young.

Seo Eun Soo will appear as a woman named Baek Seung Ah who can’t resist the freedom she feels with the murder suspect Kim Moo Young.

On September 21, the drama released stills of Kim Moo Young and Baek Seung Ah who run into each other at a brewery. His eyes are fixated on her and he looks at her as if he’s luring her into his trap.

Baek Seung Ah appears nervous while standing in front of him. She seems caught off guard by this situation and looks innocently at him.

This is the first scene where the two actors worked together and is when Baek Seung Ah visits Kim Moo Young at his workplace. Having to act out contrasting emotions, Seo In Guk and Seo Eun Soo listened to the director’s detailed directing and rehearsed in order to perfect this scene. 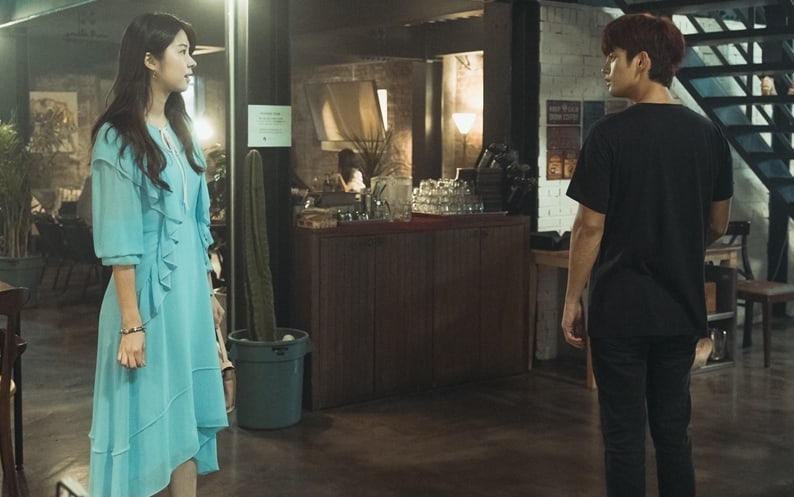 A source from the drama said, “This is an important scene where Seo Eun Soo, who was chosen as Seo In Guk’s target, is helplessly drawn to him. It also signals the start of her deviation. Please look forward to the relationship between Seo In Guk, who doesn’t believe in love, and Seo Eun Soo, who thinks he is her love, and the effects of this relationship.”

Why is she the target of his game and what will he do in order to seduce her?

Find out when “The Smile Has Left Your Eyes” premieres on October 3! It will be available on Viki.

Seo In Guk
The Smile Has Left Your Eyes
Seo Eun Soo
How does this article make you feel?