“Bad Papa” stars Jang Hyuk as an ex-boxer who gives up on being a good man in order to be a good father. Son Yeo Eun plays his wife, a working mom who gave up on her own dreams of becoming a writer after getting married. The new stills are from a flashback, as she watches a match and tries to shield her young daughter’s eyes from what’s going on. 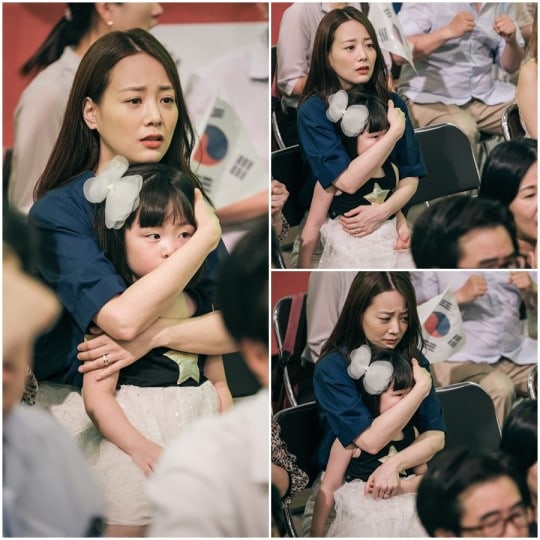 In another set of stills, Jung Man Sik plays Joo Guk Sung, a mixed martial arts promoter who immediately spots some potential in Jang Hyuk’s character. Lee David plays Kim Yong Dae, the coach of the gambling/fighting ring who used to look up to Jang Hyuk’s character as a kid.

Jung In Ki plays a medical researcher who is Korea’s first Nobel prize winner. What role his experimental medicine plays in the drama and in Jang Hyuk’s life remains to be seen. Lee Joon Hyuk plays the chief of the gambling/fighting ring, while Joo Jin Mo rounds out the supporting cast as Jang Hyuk’s former promoter and the current owner of a small boxing ring. 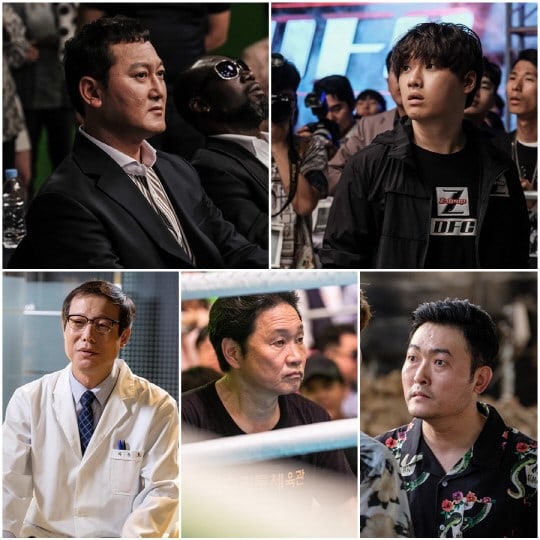 “Bad Papa” premieres on October 1 and will be coming to Viki. Check out the trailer below!