On September 22, the music show aired a Chuseok special featuring celebrities and their family members.

Han Hyun Min, his mom, younger brother, and younger sister appeared on the show. He said, “My younger brother Jude appeared on a KBS drama. He played the role of a boy who had his face washed by Song Hye Kyo in ‘Descendants of the Sun.'”

He added, “He had a bright smile that I’d never seen at home. I was very surprised.”

When the MCs asked Jude if he was happy while filming with Song Hye Kyo, he made everyone laugh by confidently answering, “Yes!”

Han Hyun Min and his family performed Park Sang Chul’s “Unconditional” (literal title) and had the audience clapping and singing along to the song. 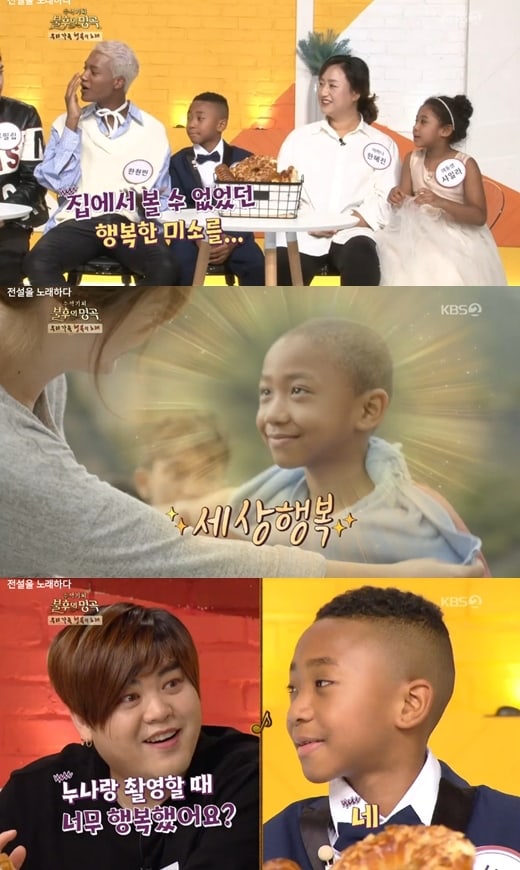 “Immortal Song” airs on Saturdays at 6 p.m. KST. Check out the latest episode below!

Song Hye Kyo
Descendants of the Sun
Immortal Songs
Han Hyun Min
How does this article make you feel?