Previously, Ji Eul Soon (played by Song Ji Hyo) discovered another secret related to the fire. Ki Eun Young (played by Choi Yeo Jin) listened to Kim Ra Yeon’s (played by Hwang Sun Hee) whispers and wrote what actually happened in the script of “Listen, God’s Love.” Ji Eul Soon saw the first part of the script that was left behind when Shin Yoon Ah (played by Ham Eun Jung) took it. Ultimately, Ji Eul Soon found out that Ki Eun Young had known that she and Kim Ok Hee (played by Jang Young Nam) had been in the building during the fire and had chosen to turn away.

In the released photos, Kim Ok Hee goes to look for Ji Eul Soon in the Corina Residence, which was where the fire took place eight years ago. At the time, Ji Eul Soon was a hopeful scriptwriter. She and Kim Ok Hee had an affectionate relationship. However, in another photo, Ji Eul Soon looks down at Yoo Philip (played by Park Shi Hoo), and looks solemn. 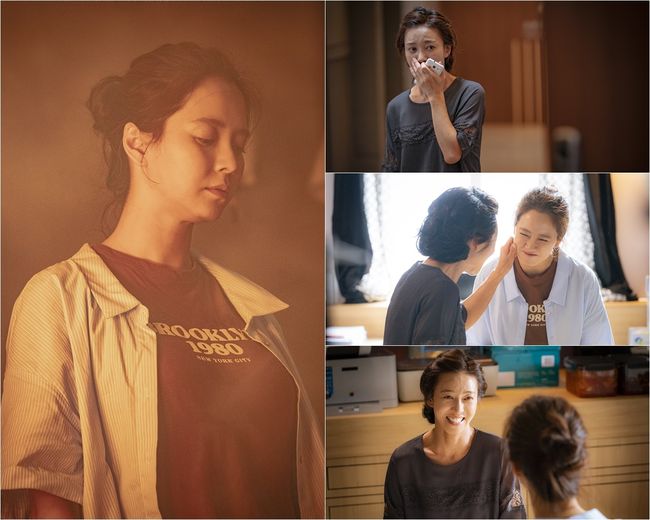 The production staff stated, “In the upcoming episodes, all the secrets related to the mystery eight years ago will be revealed. The deaths of Kim Ok Hee and Kim Ra Yeon in the fire will be unveiled, and show a shocking turn of events. Please look forward to the unexpected mystery coming up.”

“Lovely Horribly” airs every Monday and Tuesday at 10 p.m. KST.