Yang Dong Geun has shared his thoughts on his quirky, yet optimistic character for “The Third Charm” (working title).

“The Third Charm” is about Ohn Joon Young (played by Seo Kang Joon) and Lee Young Jae (played by Esom), who fall for each other’s charms, which seems ordinary to others, but is special to each other. The drama will follow four seasons and 12 years in their relationship: the 20 year olds’ spring, 27 year olds’ summer, and 32 year olds’ autumn and winter.

Yang Dong Geun will be taking on the role of aspiring script writer and coffee truck owner Lee Soo Jae. In the released photos, he shows his strange side with long, curly hair and unknowing expression. With a pen and notebook in his hand in one photo, and a coffee cup in another, he shows off his two professions. 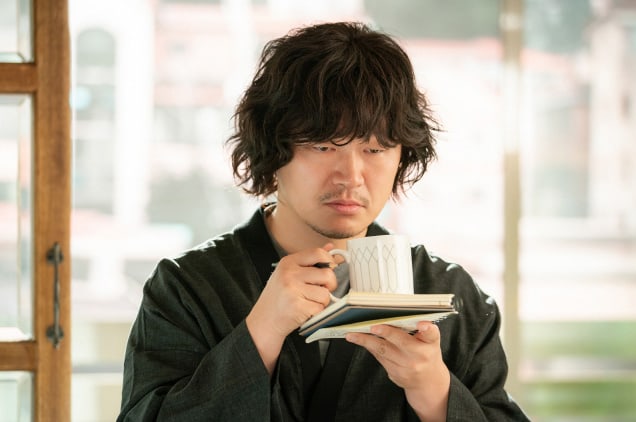 On his character, Yang Dong Geun shared, “I’m similar to him in that he continually heads towards a positive mindset. That’s why I’m happy that I’m taking on the role of Soo Jae. It was beautiful to see him overcome the hardest part of his life.”

When asked what he thought the “third charm” of the drama was, he answered, “The direction of director Pyo Min Soo. The director makes the stories of these ordinary people extraordinary. From filming, writing, casting, and directing, ‘The Third Charm’ has the best harmony in 2018. It’s better than what you can imagine.”

Yang Dong Geun concluded by saying, “This drama is like one span of a picture. I want to be someone who doesn’t stick out of that picture.”

Yang Dong Geun
The Third Charm
How does this article make you feel?