10 New K-Dramas To Grab Your Attention This Fall

With the Chuseok holidays winding down, new dramas are preparing to captivate viewers. Top stars like Lee Je Hoon, So Ji Sub, Kim Hee Sun, Song Seung Heon, and Kim Yoon Jin are set to appear in dramas of various genres such as medical, romantic comedy, and crime thrillers.

Which drama will succeed in drawing in viewers with their storylines and characters? Here are a list of dramas to look for this fall. 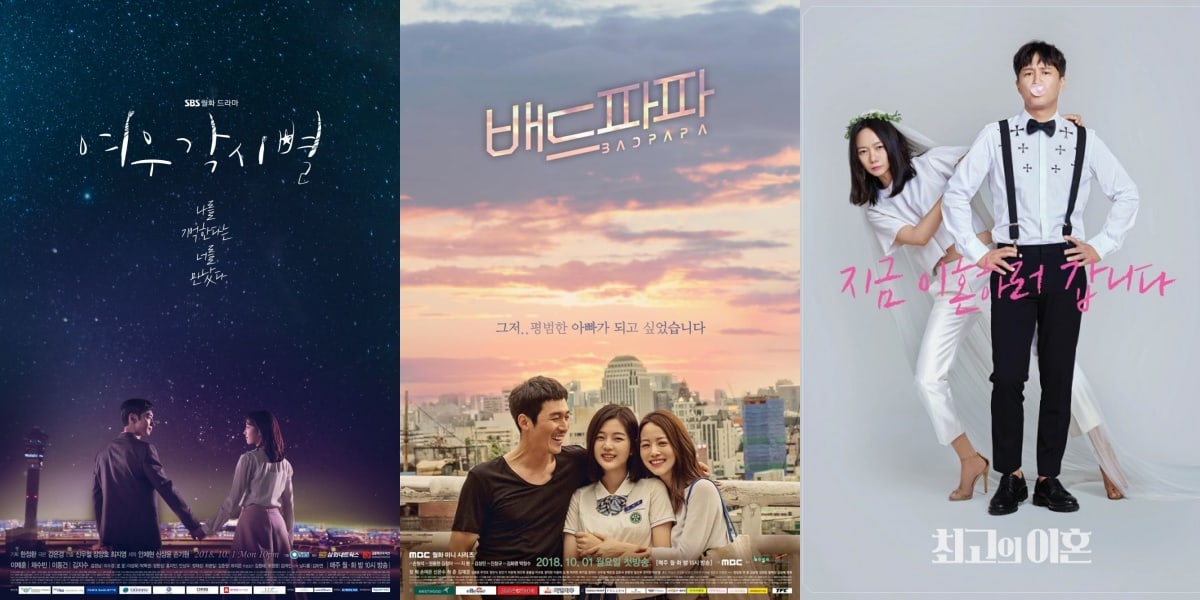 New Monday-Tuesday dramas to start off the week will be SBS’s “Where Stars Land,” MBC’s “Bad Papa,” and KBS’s “Matrimonial Chaos” (literal title).

“Where Stars Land” will be the story of two people played by Lee Je Hoon and Chae Soo Bin with various scars and pains who meet at the Incheon International Airport. It will be a melodrama that focuses on the growth of its characters as they interact with various people at an airport service desk and learn more about life and love. The drama will air on October 1 at 10 p.m. KST and will be available on Viki.

Premiering on the same day and time is MBC’s “Bad Papa.” It will be an action drama that tells the story of a man who makes the decision to become a bad person in order to be a good father and husband. The drama will be led by Jang Hyuk as a former world championship boxer who falls from grace unexpectedly, and he will be working alongside a strong cast that includes Shin Eun Soo, Ha Joon, and Kim Jaekyung. The drama will be available on Viki.

Up against them will be “Matrimonial Chaos,” led by Cha Tae Hyun and Bae Doona. Starting with the question, “Is marriage the end-game of love?” the drama will be a romantic comedy that tackles the differences in men and women’s perspectives of love, marriage, and family. It will be a remake of the Japanese drama “Matrimonial Chaos” and will premiere on October 8 at 10 p.m. KST. 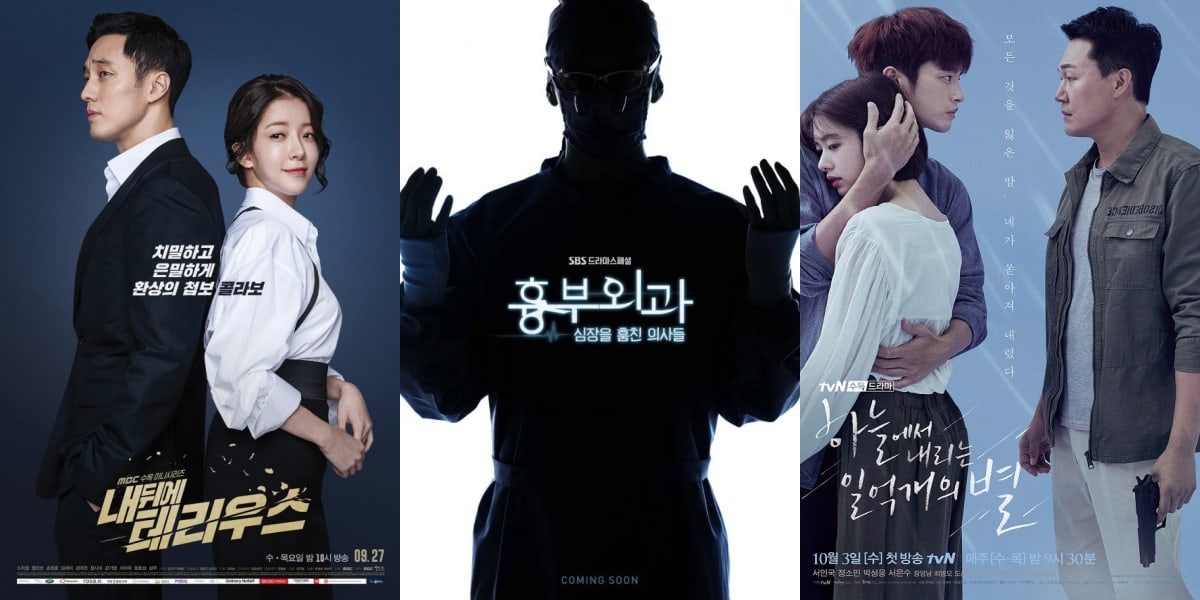 Viewers can expect to enjoy a wide variety of genres on Wednesdays and Thursdays with MBC’s “Terius Behind Me,” SBS’s “Heart Surgeons,” and tvN’s “The Smile Has Left Your Eyes.”

“Terius Behind Me” will be an espionage romance drama that follows single mother and her mysterious neighbor and former black ops agent as they uncover dangerous secrets. Jung In Sun and So Ji Sub will be joined by Son Ho Jun and Im Se Mi in the leading cast, and the drama will premiere on September 27 at 10 p.m. KST.

On the same day will begin SBS’s medical drama “Heart Surgeons,” which will tell the stories of surgeons struggling through various hardships in their lives. Leading the drama will be a star-studded cast including Go Soo, Uhm Ki Joon, and Seo Ji Hye. The drama will be available on Viki.

Joining in will be tvN’s “The Smile HasLeft Your Eyes,” led by Seo In Guk and Jung So Min. As a remake of the Japanese drama of the same name that aired on Fuji TV in 2002, the drama will follow the fateful story of two people in the format of a mystery melodrama. Seo In Guk will play a murder suspect while Jung So Min takes on the role of a woman who is drawn to him, despite her brother being the detective on his case. The drama will premiere on October 3 at 9:30 p.m. KST and be available on Viki.

The follow-up to the popular tvN drama “Mr. Sunshine” will be “Room No. 9,” led by Kim Hee Sun, Kim Hae Sook, and Kim Young Kwang. Their drama will be the story of a death-row convict and lawyer’s fates changing, and the man who holds the key to their fates enacting his own revenge. The drama will premiere on October 6 at 9 p.m. KST and will be available on Viki.

In a different tone, JTBC will be showcasing a sweet romance between youths. “The Third Charm” (literal title) will follow two people who appear ordinary to others but special to each other. Their story will unfold across four seasons and span across 12 years of their lives. Seo Kang Joon and Esom will play a realistic model student and a fiery young woman, and their drama will begin on September 28 at 11 p.m. KST.

OCN is preparing the action drama “The Player,” a fun and exciting story that brings together a con artist, driver, hacker, and fighter to retrieve money that has been stolen or earned in illicit ways. The cast includes Song Seung Heon, f(x)’s Krystal, Tae Won Suk, and Lee Si Eon. The drama will premiere on September 29 at 10:20 p.m. KST and will be available on Viki.

Joining them is SBS’s revenge story “Ms. Ma, Goddess of Revenge” (literal title). It will be a dramatic reinterpretation of Agatha Christie’s stories of female detective Ms. Marple. The drama will be led by Kim Yoon Jin, who has mostly focused her career on films and overseas productions, and this will be her first Korean drama in 19 years. The first episode will air on October 6 at 9:05 p.m. KST.

Which drama are you most excited for?

The Smile Has Left Your Eyes
Terius Behind Me
Bad Papa
Room No.9
Where Stars Land
Heart Surgeons
The Third Charm
The Player
Ms. Ma
Matrimonial Chaos
How does this article make you feel?