Korean fans have posted a statement demanding Cre.Ker Entertainment remove New and Sunwoo from The Boyz, spurred by the controversy born from misogynistic social media posts allegedly made by The Boyz’s Sunwoo.

In a statement posted on September 27 to a Korean online forum for The Boyz, fans cited past, misogynistic social media posts as well as rude behavior to fans by the two members: 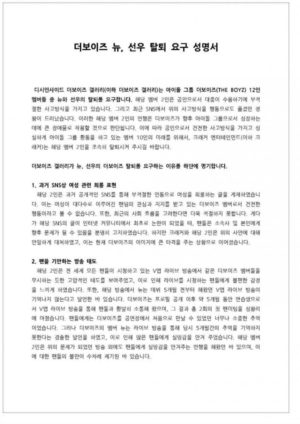 “In the past, the two members in question made inappropriate posts on their [social media], ridiculing women. As members of the Boyz, who receive so much interest and support from a largely female fandom, this cannot be seen as appropriate behavior… Moreover, when the controversy about the posts first arose in the online community, the fans clearly notified the agency as well as the members that this could become an issue. However, both Cre.ker and the two members reacted complacently, and it has developed into a situation that is greatly affecting The Boyz’s image.

“The two members in question, in a V Live broadcast viewed by fans all over the world, displayed high-handed behavior toward the other members of The Boyz, appearing to disregard them. As a result, the fans who were watching felt unease. Moreover, in the same broadcast, New claimed that he didn’t remember any of the V Live broadcasts that the group did from five months before the group’s debut. … With this, he greatly disappointed the fans. Apart from the broadcast mentioned above, the two members have a history of disappointing their fans, and the fans have expressed this concern several times.”

Topstarnews, which cites their source as a screen capture from Sunwoo’s social media, posted an image of the misogynistic posts in question: 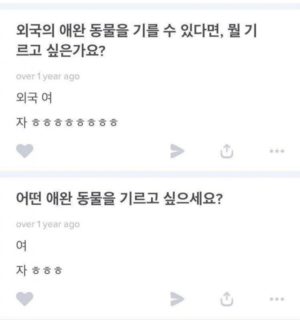 In response to the fan statement, Cre.Ker Entertainment responded with an apology.

Here is Cre.Ker’s full statement, which was posted to The Boyz’s official fan cafe:

“Hello. This is Cre.Ker Entertainment.

“First, thank you again to all of the fans who care for The Boyz.

“With a heavy heart, we are aware of the matters that fans are concerned about regarding The Boyz.

“Through continuous conversation, we are intensively and thoroughly looking into the criticisms from the fans, and we are deliberating on how we can fill in the holes where we are lacking.

“In addition, we bow our heads in apology to everyone who felt discomfort for our inability to recognize the issue before fans voiced their concerns.

“We respectfully ask that people refrain from false, overblown criticisms that are born from exaggerated rumors.

“We will do everything we can in the future so that something like this doesn’t happen again. Thank you.”

Sunwoo
new
Cre.Ker Entertainment
THE BOYZ
How does this article make you feel?