“Heart Signal” is a dating reality show where four men and four women live in one house for 30 days. During their month of living together, they are given missions and text each other anonymously. Celebrity panelists also participate by figuring out who has feelings for whom.

On September 28, a source from the wedding company in charge of the couple’s wedding stated, “Seo Joo Won and Kim Min Young will be getting married on November 11, in a private ceremony in Seoul.”

The company also released photos from their romantic wedding photo shoot. The couple posed, showing off their affection for each other. In one of the photos, the couple did a road-themed photo shoot, with Seo Joo Won wearing his racing uniform and Kim Min Young holding a helmet. 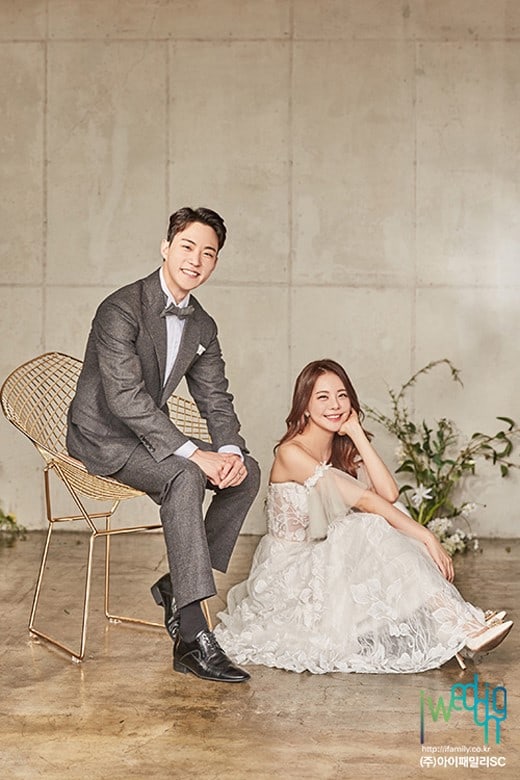 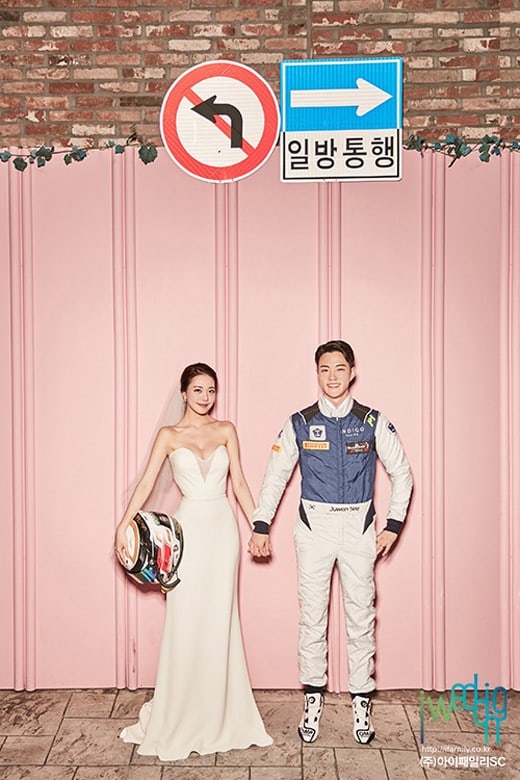 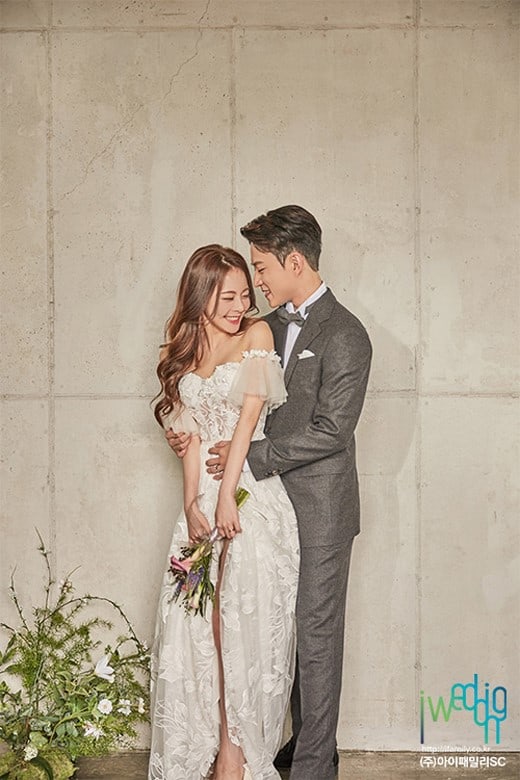 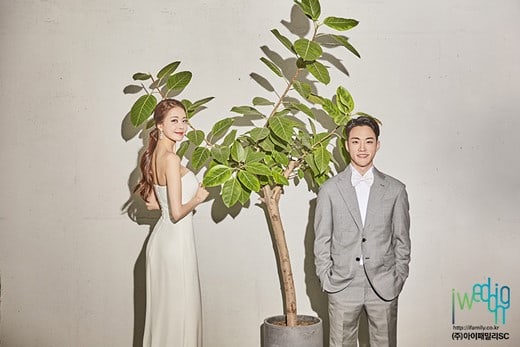 Seo Joo Won shared, “After ‘Heart Signal Season 1’ ended, I got drinks with Super Junior’s Shindong and lyricist Kim Eana. I was asked who my ideal type was, and I told them I only had one real person who fit my ideal type, and that was Kim Min Young. I followed her on social media since I was in high school, and I was a fan.”

He continued, “Shindong and Kim Eana said they knew her, so fortunately they introduced me to her. After meeting a few times, I invited her to my last racing competition in 2017. Afterwards, we naturally started our relationship. Her personality was the opposite of what I had heard. She was very warm to me, and I fell for her deep respect and the way she accepted me. That’s how I decided to marry her.”

Kim Min Young remarked, “Because my soon-to-be husband is younger than me, I didn’t expect to get married. I thought that even if we did get married, it would be much further in the future. But as we deeply loved each other, and our parents loved and supported us, we naturally decided to get married. Though I’m still lacking a lot, I want to be a good wife. I want to always have fun and be happy with him.”

Not only will Seo Joo Won be continuing his racing career, he will also be opening a restaurant in October. Kim Min Young will also continue her activities as a model, as well as opening a weight management center and launching her cosmetics brand.

Seo Joo Won made his debut as a racer in 2008 through cart racing. Since then, he became the youngest Korean cart racing champion in 2010, and also became the first Korean champion in Japanese cart racing series in 2013. Kim Min Young made her debut 10 years ago, and has been active as a beauty and fitting model, as well as on various game shows. The couple has a three-year age difference.

Seo Joo Won
Kim Min Young (1991)
How does this article make you feel?