Star-Crossed Lovers And Loyalties: K-Dramas You Should Watch After “Mr. Sunshine”

Are you still reeling after the finale of the epic historical melodrama “Mr. Sunshine”? Does your life feel suddenly empty without the bittersweet romance of Ae Shin and Eugene, the heroic missions of the Righteous Army, or the general badassery of Ae Shin and Kudo Hina? We don’t blame you! “Mr. Sunshine” was an epic K-drama through and through, and if you’re missing the show, you might need to fix your withdrawal — by starting right into another K-drama, of course. We have some drama recommendations for you based on what you loved about “Mr. Sunshine,” whether it was the heart-rending romance, the thrilling gunfights, or everything in between. Read on!

Of course, the first K-drama that comes to mind in relation to “Mr. Sunshine” is “Goblin,” as both melodramas were helmed by the same writer-director team of Kim Eun Sook and Lee Eung Bok. It’s no surprise, then, that the two dramas have some noticeable similarities, such as breathtaking cinematography…

And beautiful, yet tragic, romance between ill-fated lovers. If you were captivated watching Go Ae Shin (Kim Tae Ri) and Eugene Choi (Lee Byung Hun) fall deeply in love despite knowing that their different loyalties would prevent them from ever truly being together, you’ll love the bittersweet romance that develops between a goblin (Gong Yoo) and his human bride (Kim Go Eun), the only one who can end the immortal life he has long desired to leave behind. 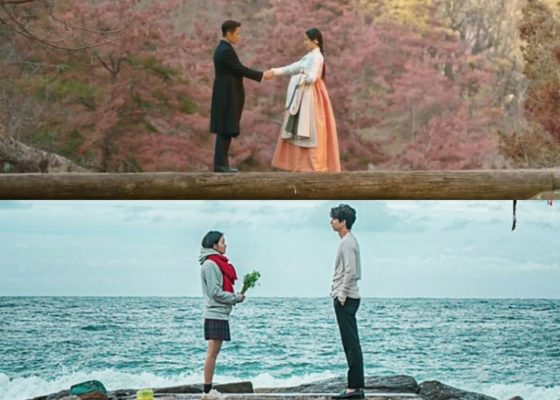 If you’re looking for a romance that is less on the melodramatic side but still faces its fair share of obstacles, you can always turn to “Descendants of the Sun,” another hugely successful collaboration between Kim Eun Sook and Lee Eung Bok. “Mr. Sunshine” fans will love the action-packed romance of “Descendants,” which follows the relationship between a military captain and a trauma surgeon as they navigate their very different, yet equally dramatic, careers. 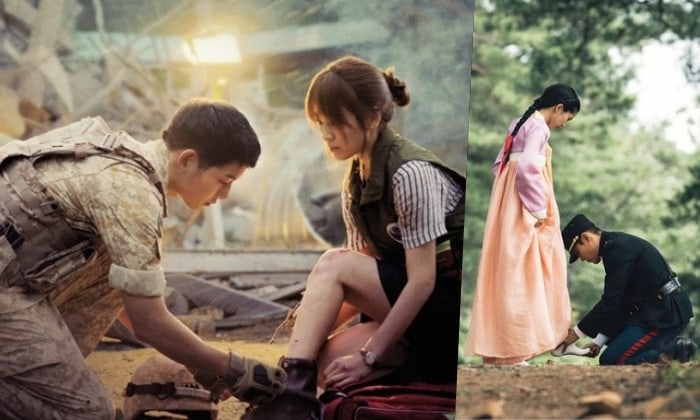 One of our favorite parts of “Mr. Sunshine” was how bold and fiercely independent its two female leads were. Both Ae Shin and Kudo Hina (Kim Min Jung) were strong-willed, skilled in self-defense, and ready to risk their lives for the causes they believed in.

If you’re missing these two girl crush-worthy heroines, you’ll want to check out “Chicago Typewriter,” which features another resistance fighter as its leading lady. This unique drama takes place half in modern times and half in the 1930s, during the Japanese Occupation of Korea. Im Soo Jung plays a woman who, just like Ae Shin, can often be found disguised as a man, with her gun aimed at those seeking to oppress her country. 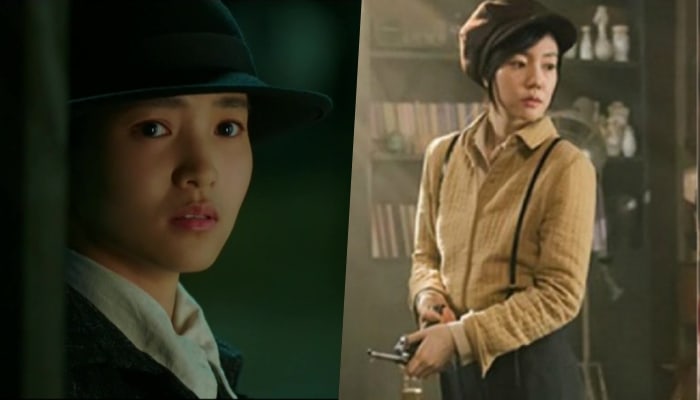 In the present storyline, this badass woman becomes reincarnated as the number one fan of bestselling author Han Se Joo (Yoo Ah In). When author, fan, and a mysterious ghost writer are brought together in the present, the trio must unravel the mysteries of their previous incarnations together. The drama also highlights the importance of the power of the written word, which will resonate with anyone who adored the determined editor-in-chief Kim Hee Sung (Byun Yo Han) in “Mr. Sunshine.”

Another K-drama with a fierce female lead, “Gu Family Book” features Suzy as a warrior trained in martial arts and archery. She’s bound to remind you of our favorite fencer from “Mr. Sunshine”:

But that’s not the only reason you’ll love “Gu Family Book,” as the drama has enough political intrigue, romance, and fight scenes to rival “Mr. Sunshine,” all wrapped up in a fantasy sageuk setting that makes the drama as charming as it is exciting. It even features Yoo Yeon Seok (our beloved Gu Dong Mae) among its cast!

One of the most gratifying parts of “Mr. Sunshine” was watching the three male leads’ character growth throughout the course of the show. Eugene, Dong Mae, and Hee Sung were all wonderfully complex characters, especially in their feelings towards Joseon, which ranged from indifferent to antagonistic in the beginning of the drama.

But by the end, all three men had discovered varying levels of admiration and loyalty for the country from which they were all natives, yet also outcasts. And they also, somewhat begrudgingly, learned to appreciate each other:

It’s not every drama that offers such profound growth from its characters, and one that provides a similar journey, also set in the Japanese Occupation era of the 1930s, is “Bridal Mask.” The story centers on an initially pro-Japanese Korean man named Lee Kang To (Joo Won), who later becomes a symbol of the Korean independence movement when his life changes course and he dons a bridal mask to fight for the country’s freedom. If you enjoyed watching the men of “Mr. Sunshine” struggle with their evolving loyalties, you’ll be fascinated by Kang To’s character arc. 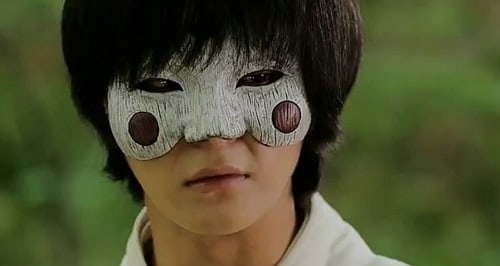 While it does not center on the same time period, historical drama “Six Flying Dragons” also does an excellent job of developing its male leads in a masterful way as it retells the founding of the Joseon Dynasty. Along with Yoo Ah In, the strong cast of this drama also includes a familiar face: Byun Yo Han (Hee Sung in “Mr. Sunshine”). Just like “Mr. Sunshine,” “Six Flying Dragons” follows these men from childhood in order to weave richly compelling character arcs, and the drama is rife with all the political strife, torn loyalties, and differences in social class that made “Mr. Sunshine” so consistently exciting. 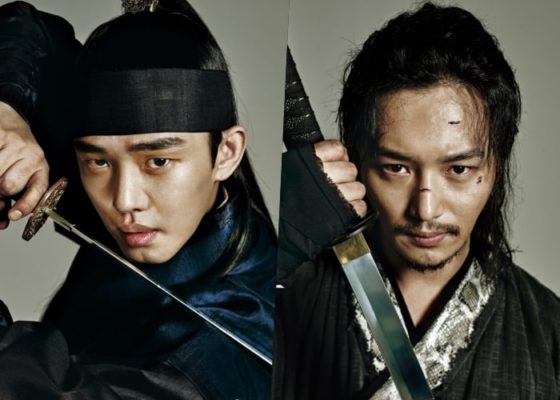 Finally, it would be hard to watch “Mr. Sunshine” without being inspired and moved by the selfless, patriotic displays of heroism enacted by characters rising up to defend the country they love. We’ve already mentioned a couple K-dramas that take place during the era of Japan’s colonial rule over Korea, but there are a few more that you should definitely check out from this period!

Set in Japanese-occupied Shanghai in the 1930s, “Inspiring Generation” portrays this historical period from a different point of view. The drama follows Korean ex-pats living in Shanghai, particularly one man who, following the death of his father, becomes a legendary fighter. If you admired Ae Shin’s passion and courage…

Then you’ll enjoy the action and grit of “Inspiring Generation”! 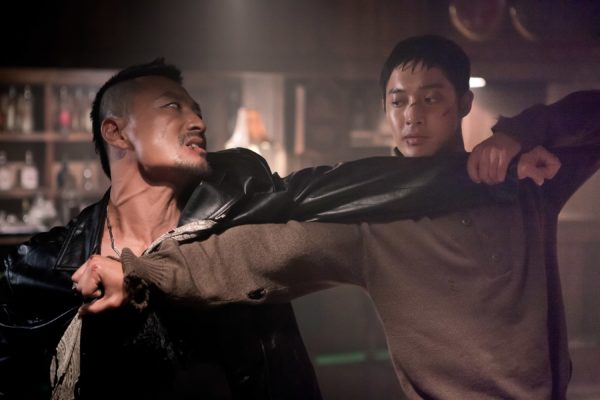 Last but not least, “Gunman in Joseon” is a Japanese Occupation era drama that takes place in 1876 (“Mr. Sunshine” begins in 1871), amid conflicting ideals about Joseon’s future as global powers begin to take an interest in the kingdom. The drama features the always wonderful Lee Joon Gi in the starring role as the son of the Joseon Dynasty’s last great swordsman. When tragedy befalls his family, he hangs up his sword and picks up a Western-style rifle to take out his enemies.

Remind you of anyone?

Like “Mr. Sunshine,” “Gunman in Joseon” has the undeniable charm of a time period when the modern confronts the old-fashioned: hanbok mingles with Western-style suits, sword fights and shootouts abound, and old and new ideologies clash for maximum excitement.

Watch the first episode of “Gunman in Joseon” here:

Well, don’t continue to lament the loss of “Mr. Sunshine”! Go forth and watch one of these awesome dramas!

Hey Soompiers, what do you miss the most about “Mr. Sunshine”? Which drama are you watching now that it’s over? Let us know in the comments!