“The Beauty Inside” is about the romance between Han Se Gae (Seo Hyun Jin), who lives with someone else’s face for one week each month, and Seo Do Jae (Lee Min Ki), who can’t differentiate between people’s faces.

Seo Hyun Jin meets Lee Min Ki in the elevator, and Lee Min Ki’s expression remains impassive despite her presence. Lee Min Ki simply stares ahead of him with no interest while Seo Hyun Jin seems flustered by his reaction. The meeting between the two, which is by no means usual, creates strange tension and curiosity. 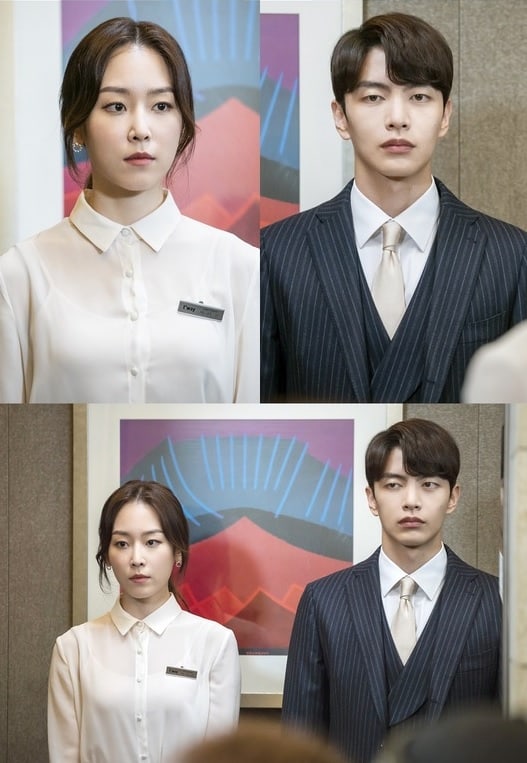 The production crew stated, “Seo Hyun and Lee Min Ki are perfectly acting out as ‘face-changing’ Han Se Gae and Seo Do Jae who ‘can’t recognize others’. The two people who have to keep their own secrets and the fateful romance where they only recognize each other will give you a refreshing thrill, so please watch it.”

“The Beauty Inside” will premiere on October 1 at 9:30 p.m. KST. In the meantime, check out the preview for the drama here!