Actress Chae Soo Bin prepared a very special gift for the staff working on the SBS drama “Where Stars Land” for Chuseok, a major Korean holiday.

The upcoming SBS drama is set to premiere on October 1, and Chae Soo Bin will play the leading role of Han Yeo Reum. The cast and crew have been working hard to create the perfect drama, and Chae Soo Bin decided to show her appreciation for the staff, who turned in part of their Chuseok holidays to work on the drama, with a coffee truck and makeup products from the brand she is an endorsement model for.

This is not the first time the actress has shown her affection for the drama, having designed and created group t-shirts for the cast and crew in the early days of filming. The staff are said to have been very appreciative of the gifts ahead of the drama’s premiere. One source said, “Chae Soo Bin is very hardworking and thoughtful of others, and she is someone who really brightens up the atmosphere on set.” 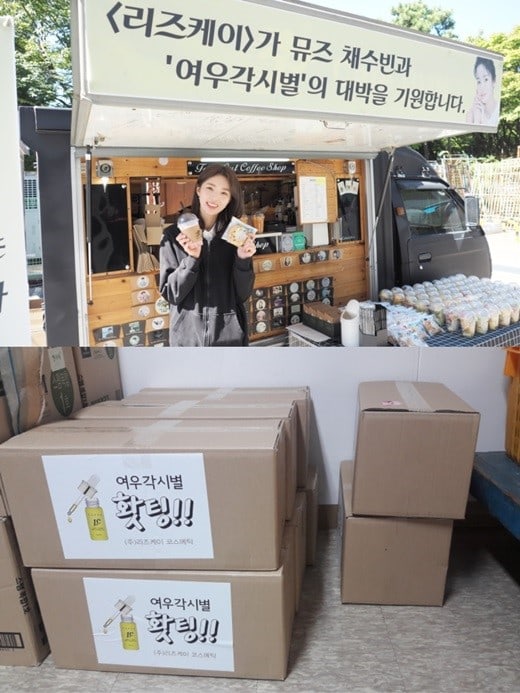 “Where Stars Land” is a human melodrama that tells the story of two people who learn to heal their various scars and pains by interacting with people in the Incheon International Airport. Lee Je Hoon plays Lee Soo Yeon, a new employee with a hidden secret, and Chae Soo Bin’s Han Yeo Reum is a passionate employee with an unfortunate past.

The drama’s first episode will air on October 1 at 10 p.m. KST and will be available on Viki. Check out the latest teaser with English subtitles below: