The theme for this week’s episode was the 1970s disco duo Bunny Girls. Composed of identical twin sisters named Go Jung Sook and Go Jae Sook, Bunny Girls debuted in 1971 and gained a following due to their cute image, strong musicality, and unique fashion style.

First to perform were The One and Hong Kyung Min. The One teamed up with two other singers to form a trio for “Old Story” (literal title), while Hong Kyung Min rearranged “I Can’t Just Go” as a ballad and mixed in the soundtrack to the film “Love Story.” Hong Kyung Min won the round with 366 votes.

DIA went for a vacation vibe for their song “You Don’t Seem to Miss Me” with bunny ear costumes and an energetic performance. Next was trot singer Geum Jan Di, who impressed the audience with her heartfelt vocals. However, neither artist was able to beat Hong Kyung Min’s score. 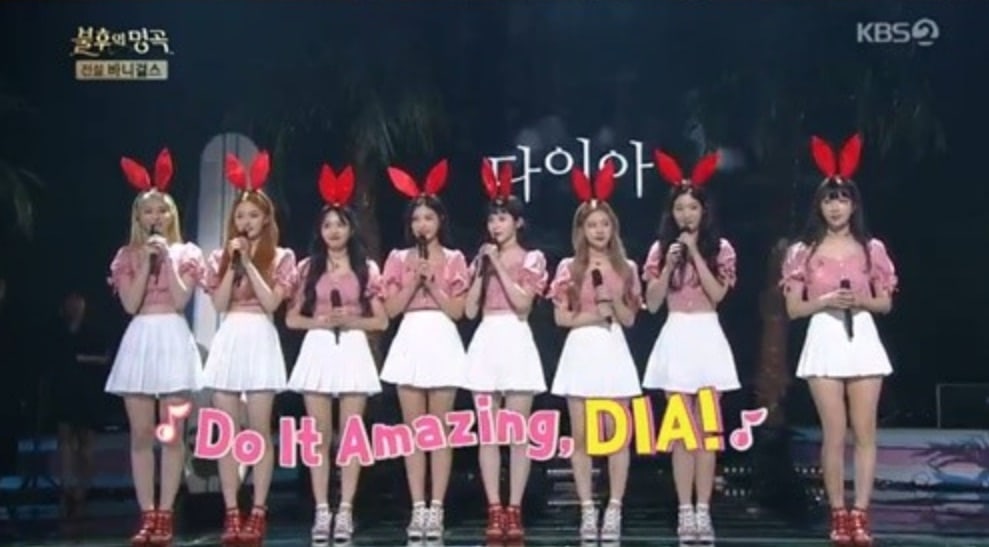 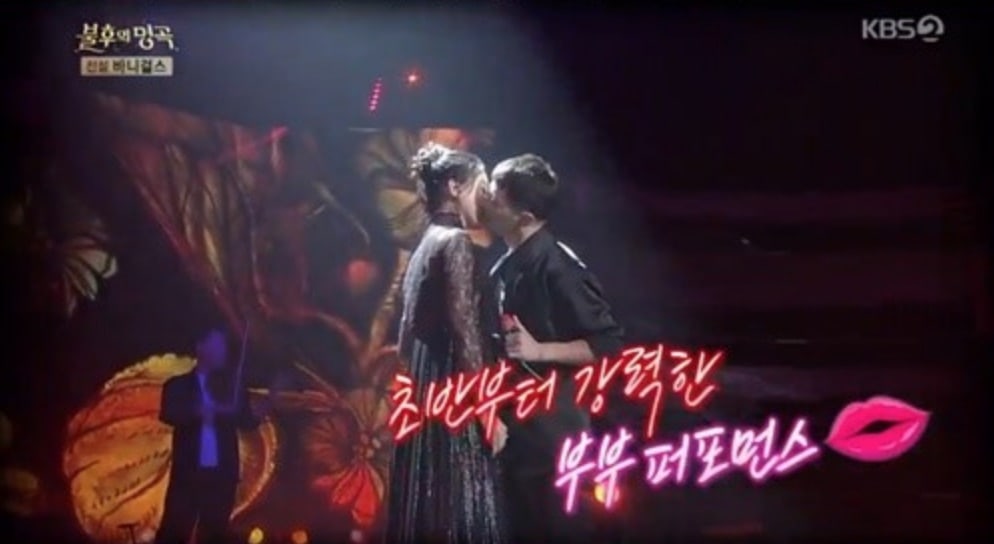 The husband and wife team of Kim Na Ni and Jung Seok Soon combined hip-hop, violin, pansori (traditional Korean musical storytelling), and contemporary dance and took the audience by surprise by sharing a kiss onstage. They scored 389 votes and took the win over Hong Kyung Min.

Last of the artists to perform was South Club. All the members went full retro by dressing up in oversize clothes with power shoulders and flared pants. Nam Tae Hyun commented, “The clothes that the members are wearing today are all from my personal closet. I am the band’s stylist.”

They covered Bunny Girls’ song “Wave” with a unique blend of their musicality (a few of the band members get solos on their respective instruments) and Nam Tae Hyun’s strong stage presence and appealing vocals.

In the end, South Club got 393 votes and took the final win on this episode of “Immortal Songs.”

You can watch “Immortal Songs” on Viki: