Model Han Hye Jin was open about her personal health issues on the September 28 episode of MBC’s “I Live Alone.”

During the episode, Han Hye Jin went to the gym and complained of severe knee pain. Although she was capable of hardcore fitness routines as recently as two years ago, she now suffered from a lack of stamina.

She said, “The powerful walking that models do is bad on the knees. The average foot size of models is 270 mm (about 10.6 in). My foot size is 245 mm (9.6 in), so I would stuff paper towels into the front of my shoes. But because I did so many shows like that, it was even harder on my knees. When I walk, it feels like I’m smashing my knees against the ground.”

She added, “Since about three years ago, I haven’t been able to drive without heat packs.” 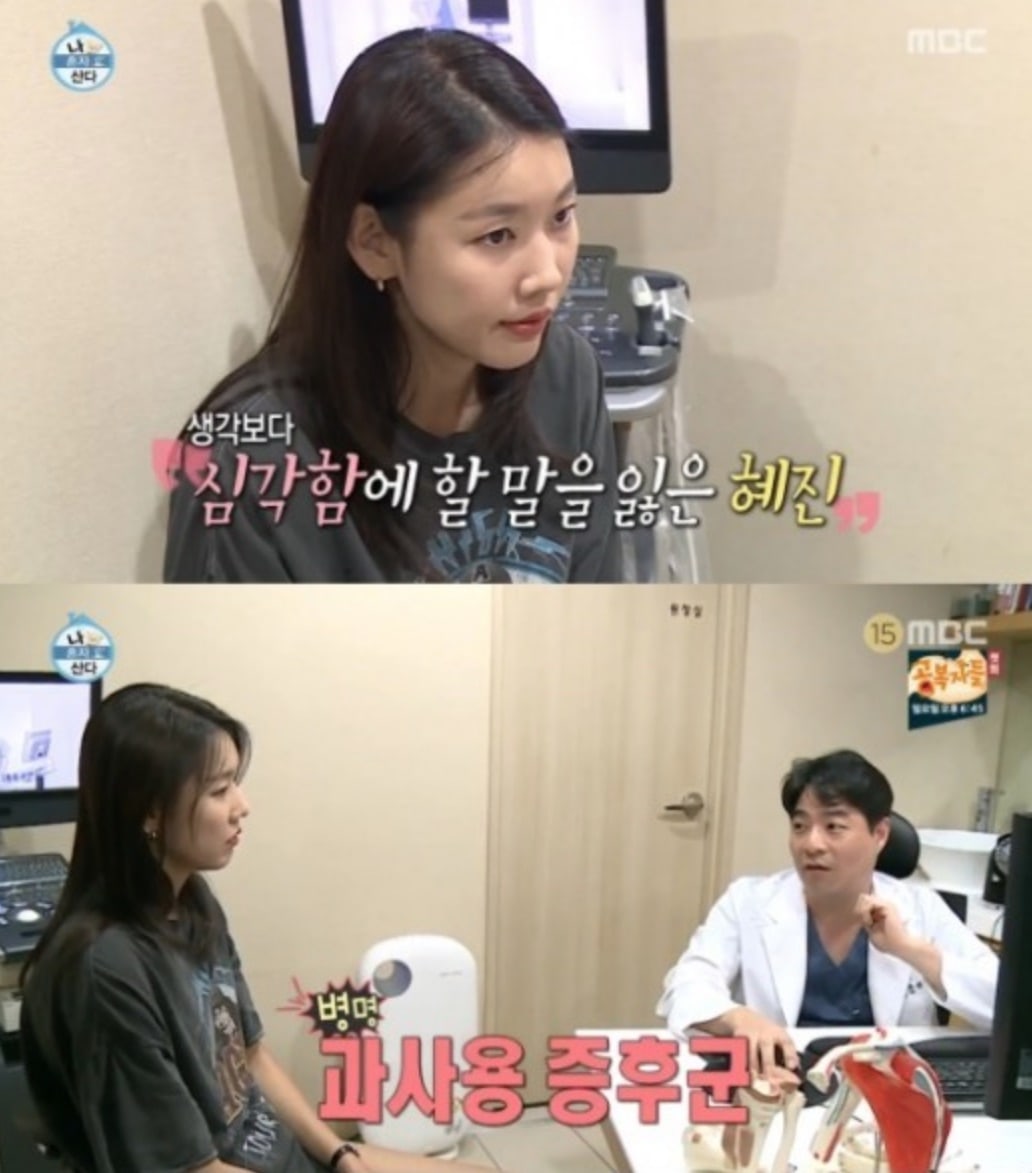 Later in the episode, she headed to the hospital to get an X-ray on her knees and learned that the space between the joints on her right knee had shrunk compared to its average size. Han Hye Jin was then diagnosed with overuse syndrome, characterized by pain when the muscles are overused or under stress.

The doctor said, “If these symptoms continue, then it’s likely it will become degenerative arthritis. Treadmills aren’t good for you in this situation. Try the fitness bike instead. Swimming or walking in water is better for your muscles as well.” 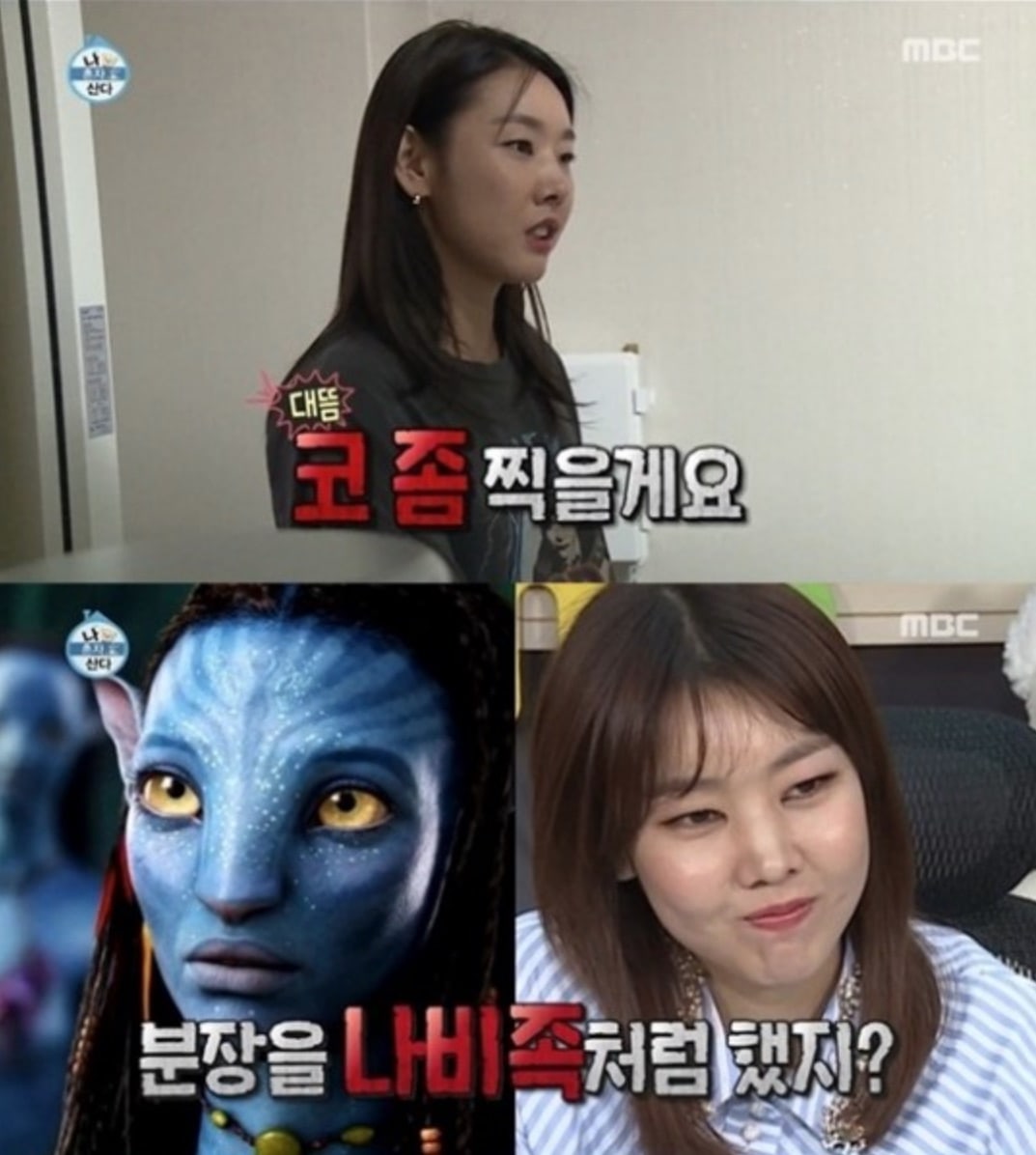 But before she got her knees X-rayed, she suddenly asked to have her nose X-rayed as well. She said, “A few months ago, I was with Jun Hyun Moo and I tripped and my nose swelled up.” At the time, the other “I Live Alone” cast members had suspected she got plastic surgery on her nose.

The doctor reassured her after the X-ray that the bones of her nose had set fine, but Han Hye Jin joked, “I was kind of hoping that I would need surgery. I even looked up hospitals with good reputations beforehand.”

Home Alone
Han Hye Jin (Model)
How does this article make you feel?