Through word of mouth, “Hide and Seek” is gaining a lot of popularity recording high viewership ratings each week.

In the released images, Lee Yoo Ri and Song Chang Eui are meeting in secret by the river. They are sharing a loving look while making eye contact. But amidst the sweet gaze, there is also a look of concern.

Lee Yoo Ri appears to deliver an envelope to Song Chang Eui with a serious face. The way Song Chang Eui looks at a concerned Lee Yoo Ri causes onlookers’ heart to flutter. Song Chang Eui’s character always seems to appear at the right moment to save Lee Yoo Ri from a difficult situation. The stills seem to be showing another similar instance. 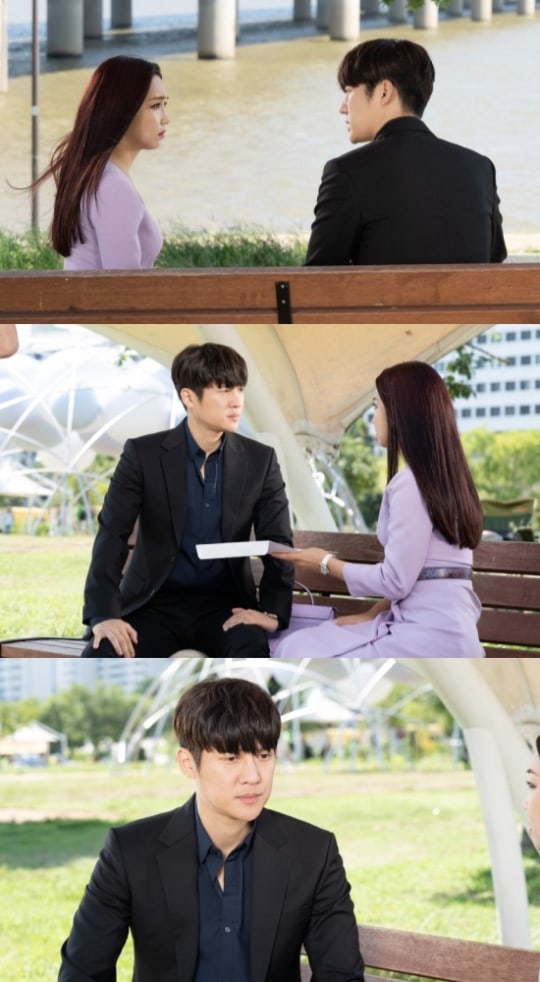 In the last few episodes, Min Chae Rin (Lee Yoo Ri) found out that Ha Yeon Joo (Uhm Hyun Kyung) was going to marry Cha Eun Hyuk (Song Chang Eui). Min Chae Rin is infuriated with Cha Eun Hyuk but can’t seem to walk away from her relationship with him.

As the drama progresses, viewers wonder what kind of obstacles the two will face and how their love story will unfold.

Hide and Seek
Lee Yoo Ri
Song Chang Eui
How does this article make you feel?