6 Things We Loved About The Premiere Episodes Of “The Player”

OCN’s “The Player” has finally premiered and we are already on the edge of our seats waiting for the next episode! There is much to lookout for in this drama that focuses on a con team lead by the ever-so-charming Kang Ha Ri (Song Seung Heon). With the help of Do Jin Woong’s (Tae Won Suk) fists, Lim Byung Min’s (Lee Si Eon) superior hacking skills, and Cha Ah Ryung’s (Krystal) wild driving skills, Ha Ri targets abominable people who have been committing repugnant crimes. Not only will this team humiliate them so the whole word will know they’re scum, they’ll rob them blind as well. They have to fund their con headquarters too, am I right? If you’ve been looking for a drama that pulls a fast one on the most corrupt of people, then “The Player” is just for you! Here are six things we loved about the premiere.

This may seem like an obvious point (since it is a drama about a con man), but Kang Ha Ri is simply refreshing to watch. He’s calm, collected, and confident as he easily strips from costume to costume to hit his marks. Despite being a con artist, he’s still our stunning hero and it’s very easy to root for his success, which isn’t always the case for con men. Sometimes they can be just as shady and disloyal as the villains, making it hard to pick a side. But Ha Ri makes it clear to his team that they steal money that their targets won’t report to the government. While they may not always agree, they all get their say on which cases to take. “The Player” has created their own squad of Robin Hoods and I couldn’t be more excited! 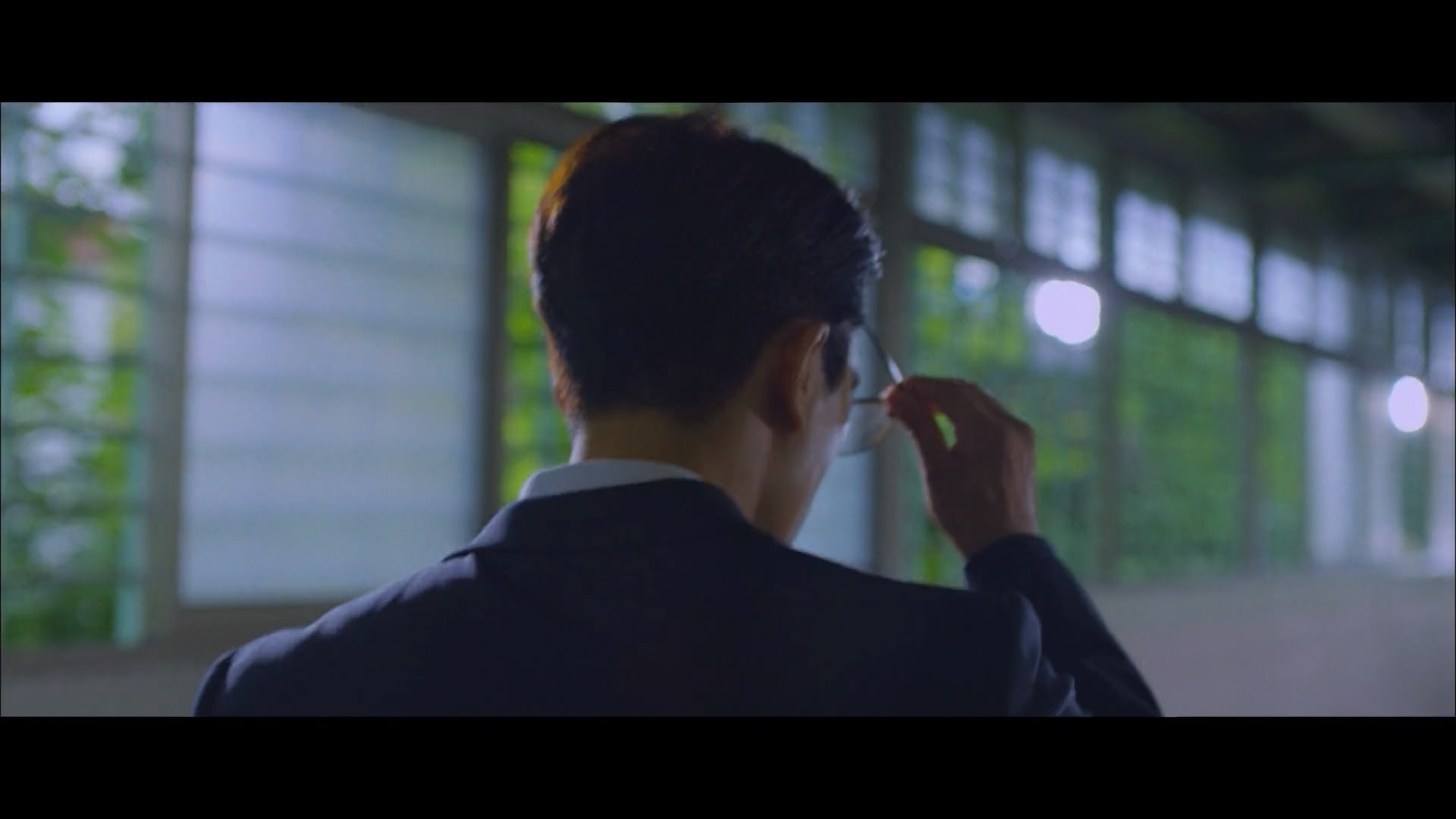 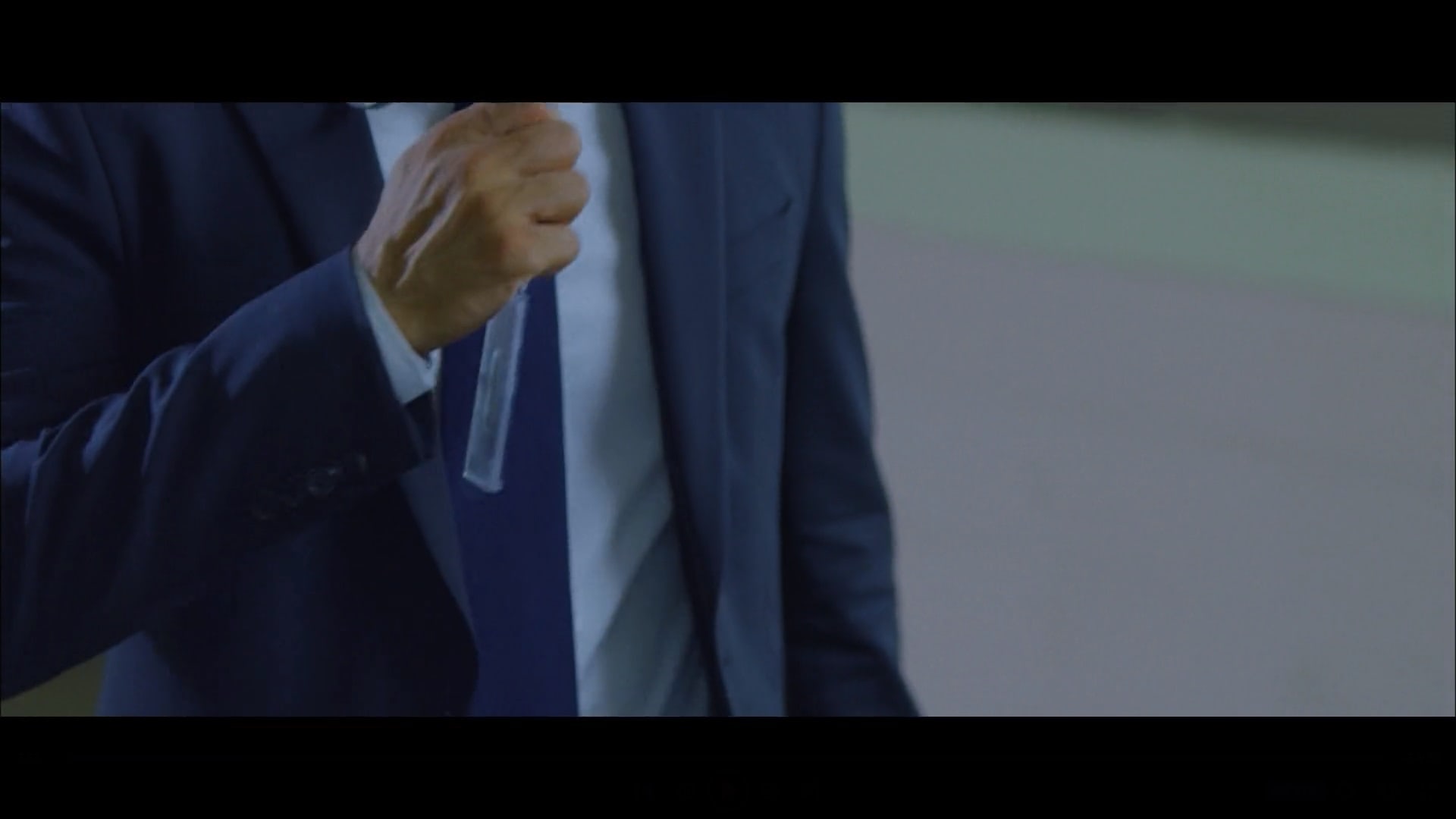 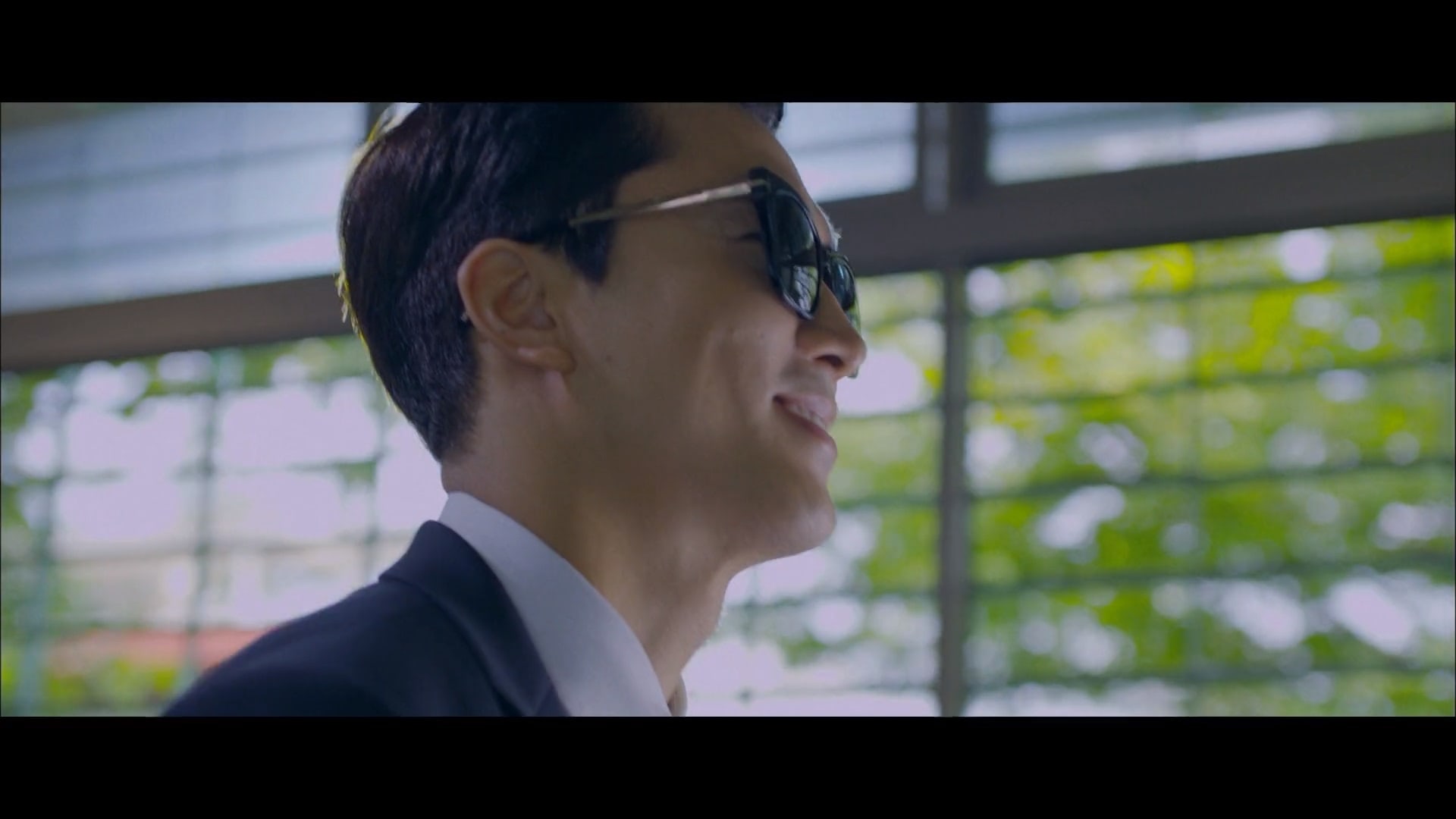 Is a con drama still a con drama if there’s no incredible stunt work? No. Though you do have to be patient for one to arise, the debut fight scene is packed with great choreography and comedy. While sometimes comedy can make fights look more fabricated than they already are, there is a great balance between the two in both episodes. It’s hilarious to watch a group of money launderers face off against Do Jin Woong, who’s about twice their size. Of course, Jin Woong has more formidable opponents who can land a punch or two on him. He handles them with ease and we couldn’t help but chuckle as he kept getting up to fight no matter how many times he was knocked down. I really enjoyed his tenacity and found his fighting scenes enjoyable to watch. 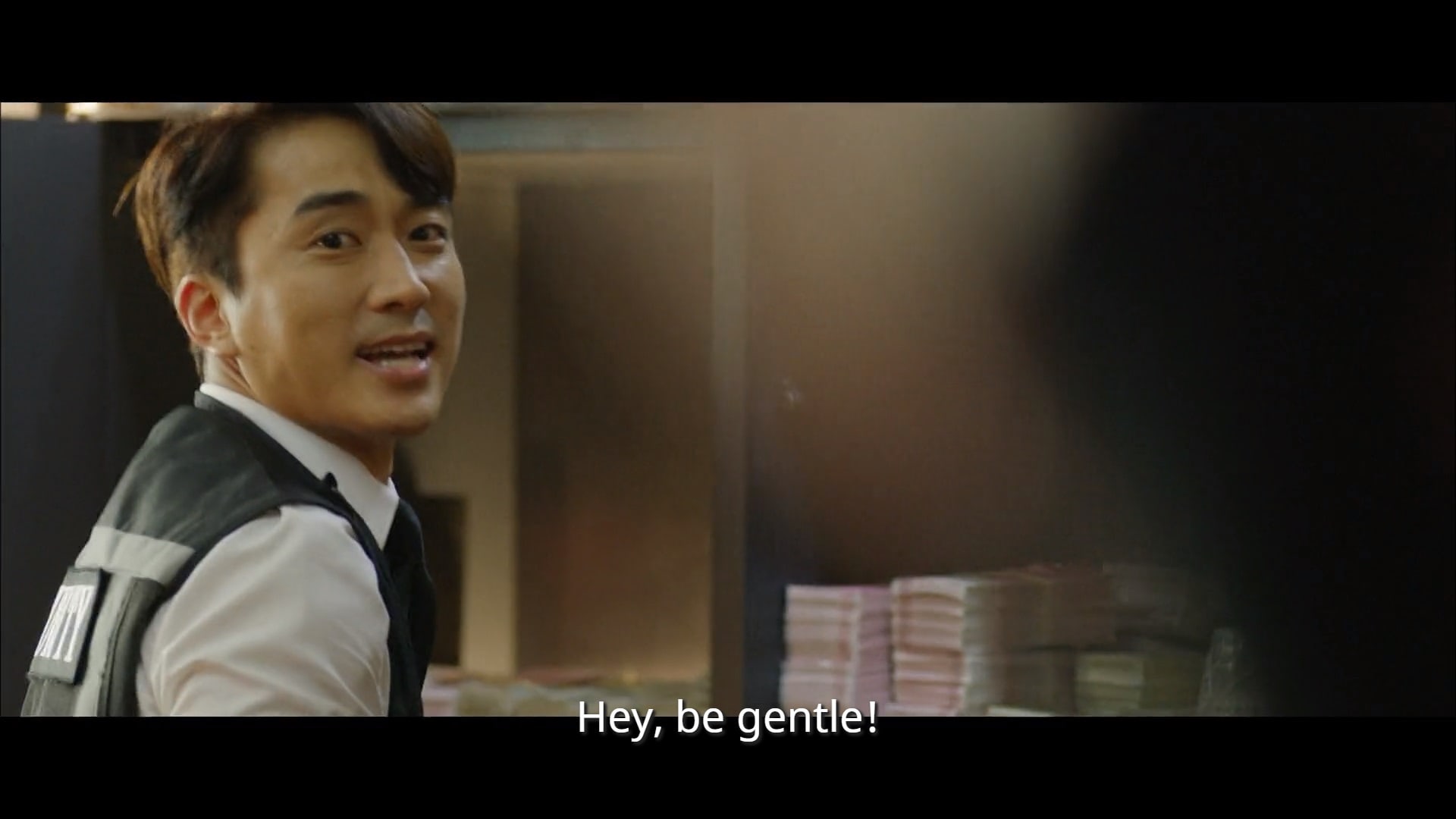 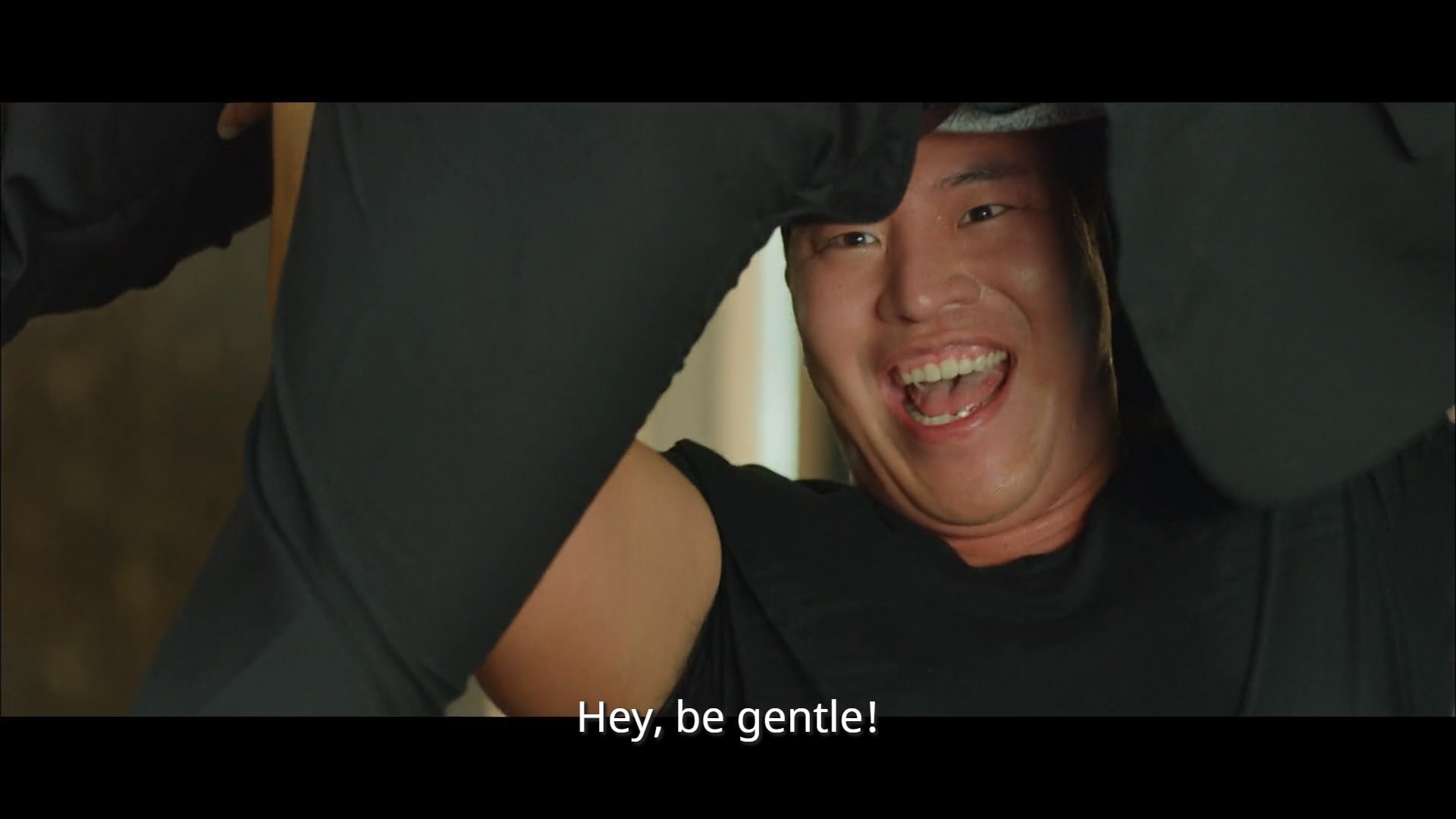 And of course, what would a con drama be without a car chase? In one scene, when they escape the cops, we get to see the best part of the first episode: Cha Ah Ryung’s dramatic entrance! 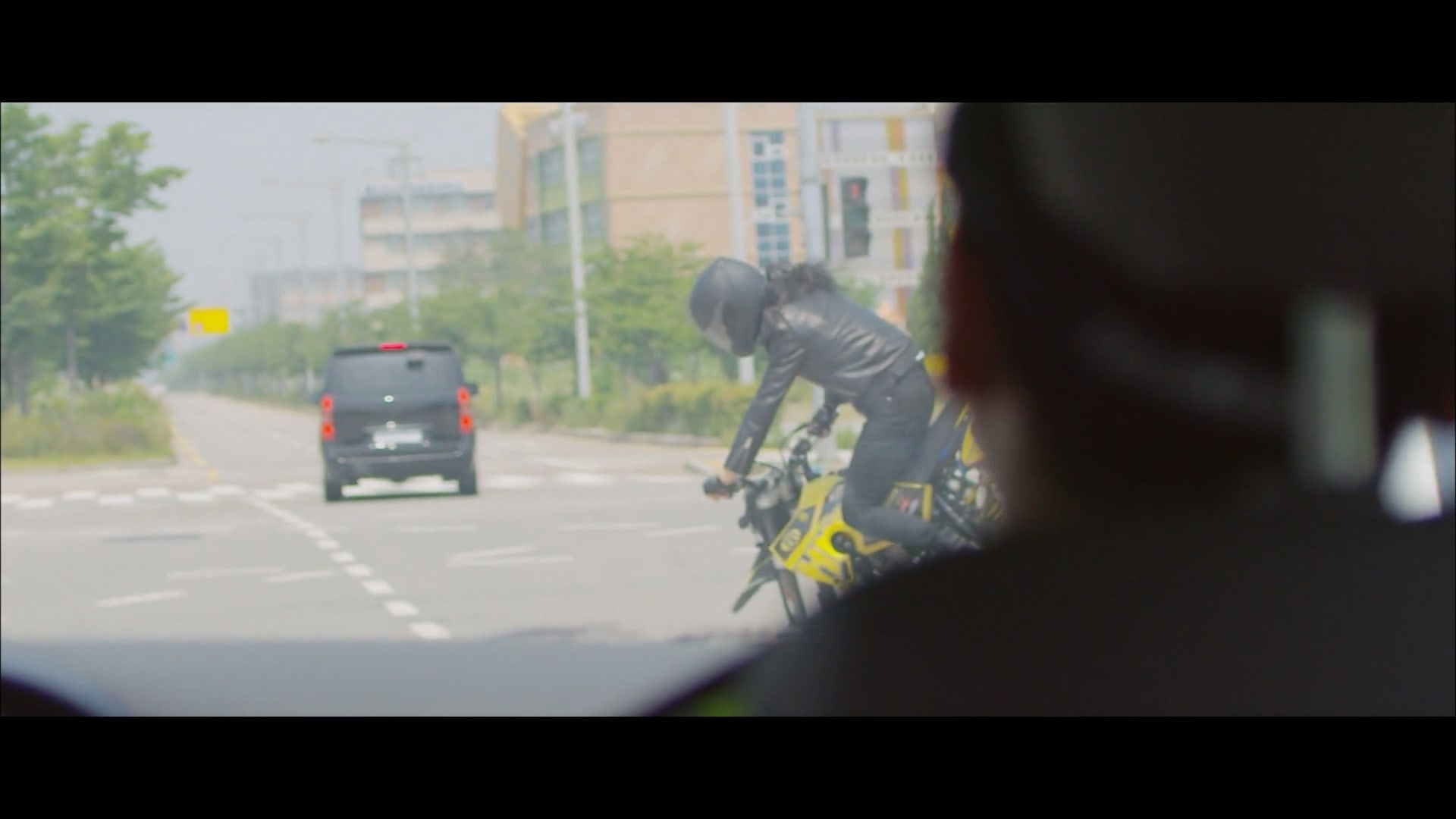 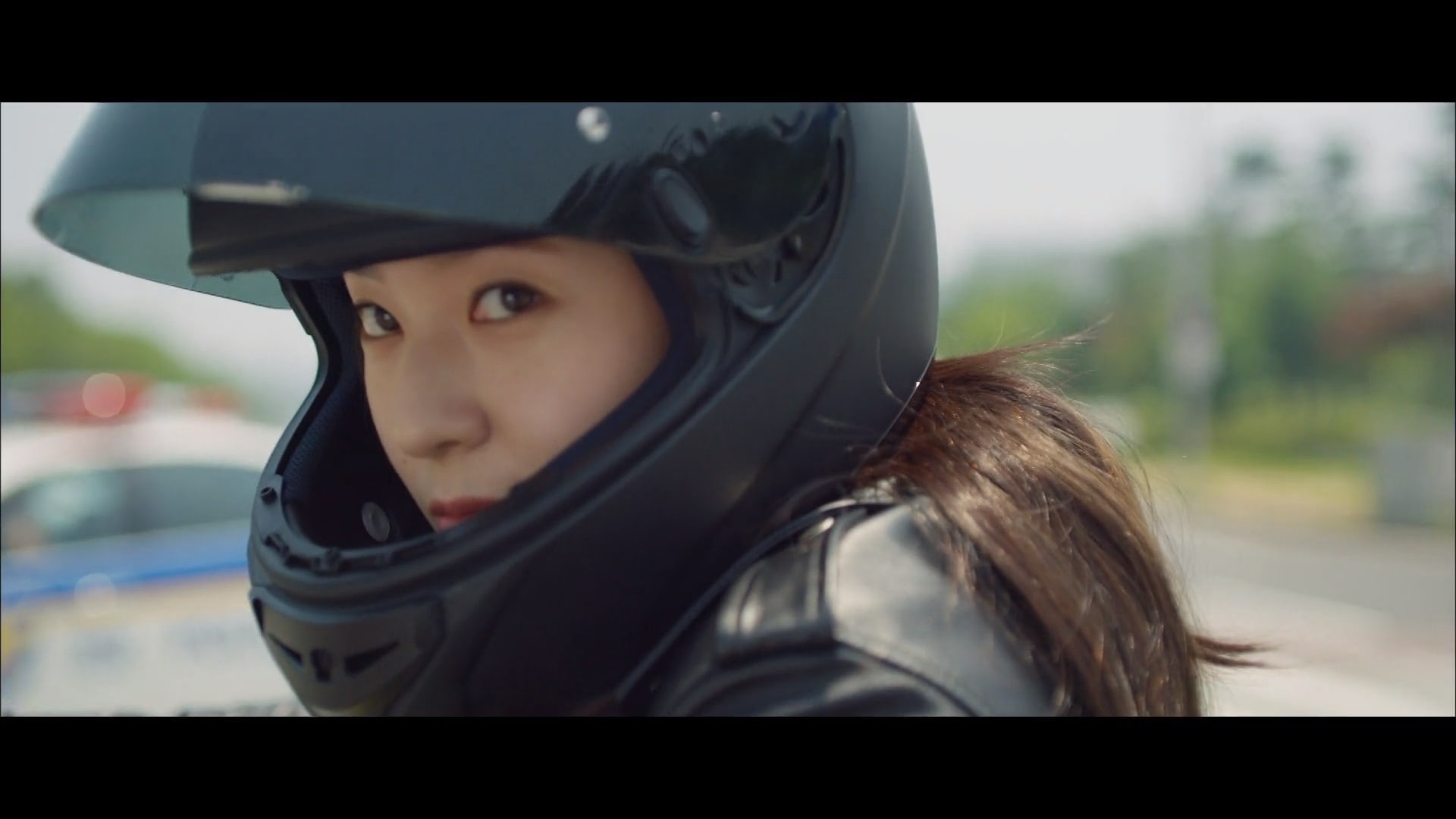 It’s too good to spoil in screen caps, but Cha Ah Ryung’s smirk is well deserved. With ease, she not only saves the other three (Ha Ri, Jin Woong, and Byung Min) from being captured by the police, but she also steals our hearts! The four of them drive off into the metaphorical sunset as they speed away with the money they stole from Chairman Cheon (Kwak Ja Hyung).

Our love for her only grows when we see how Ha Ri propositions her to join the team with the help of her dream car. Her street skills save them multiple times throughout both episodes and her character almost seems to be the glue of the team. When the men are yelling at each other, she stays calm and assesses the situation. So far, I really enjoy seeing the agency she has and hope she keeps it as episodes pass. It’s exciting to see what other skills she will bring to the table as the drama goes on! 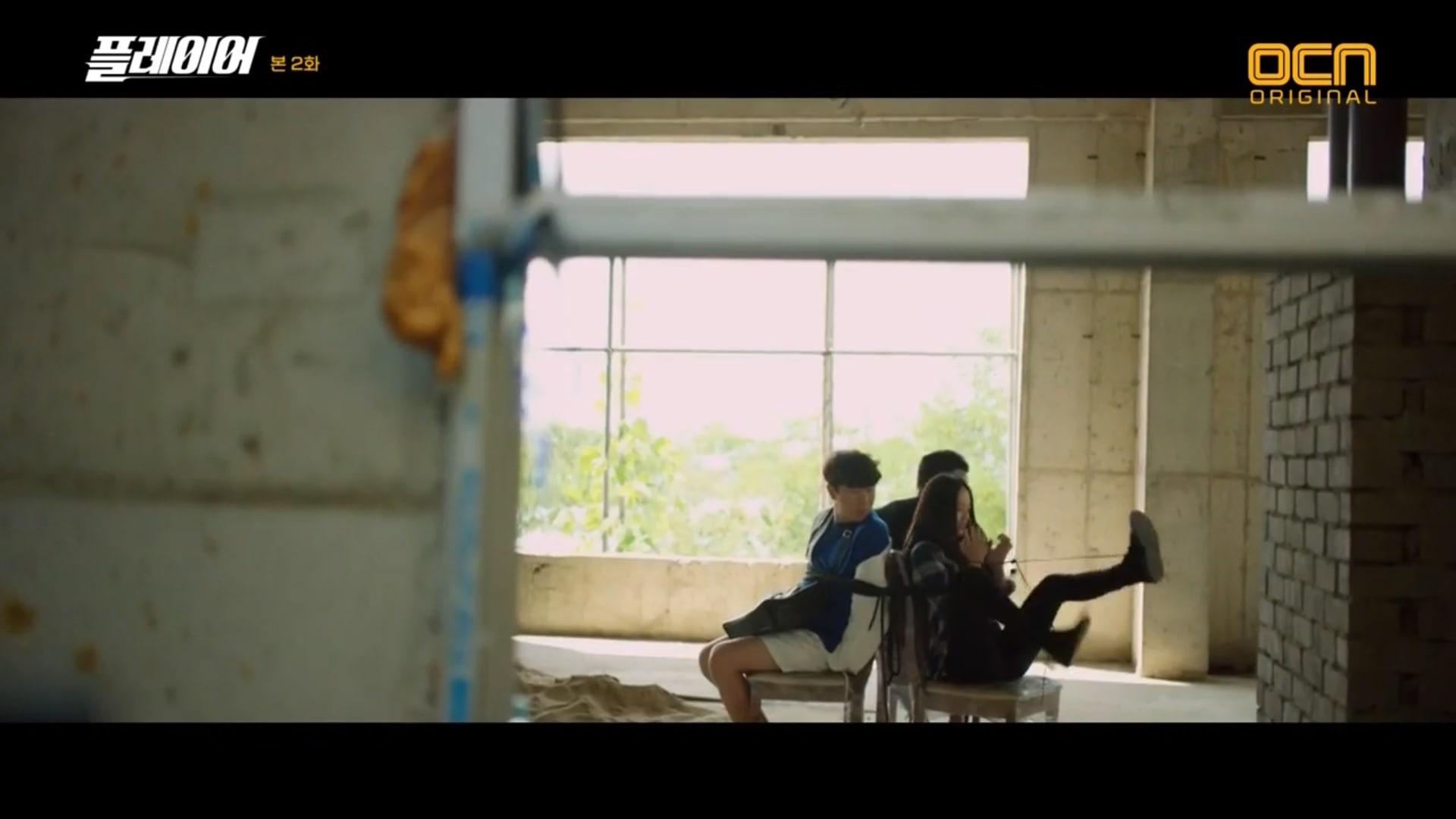 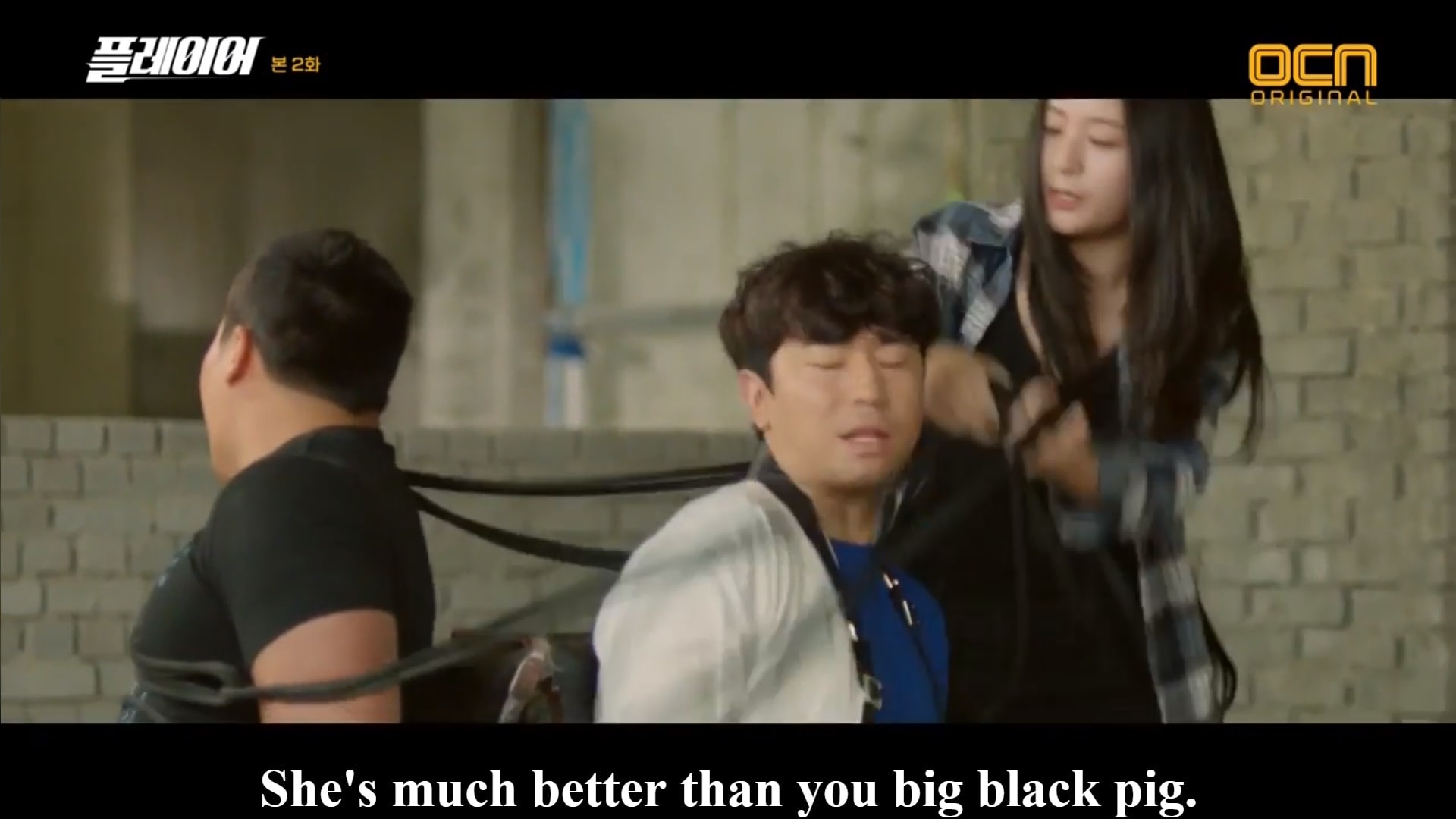 From the get go there are many characters to narrow your eyes at in this drama. There’s corrupt government officials such as Chairman Cheon plus Chariman Ji and of course his filthy son, Ji Seong Gu. All of them are involved with all sorts of crimes such as embezzlement, bribery, and sexual assault. 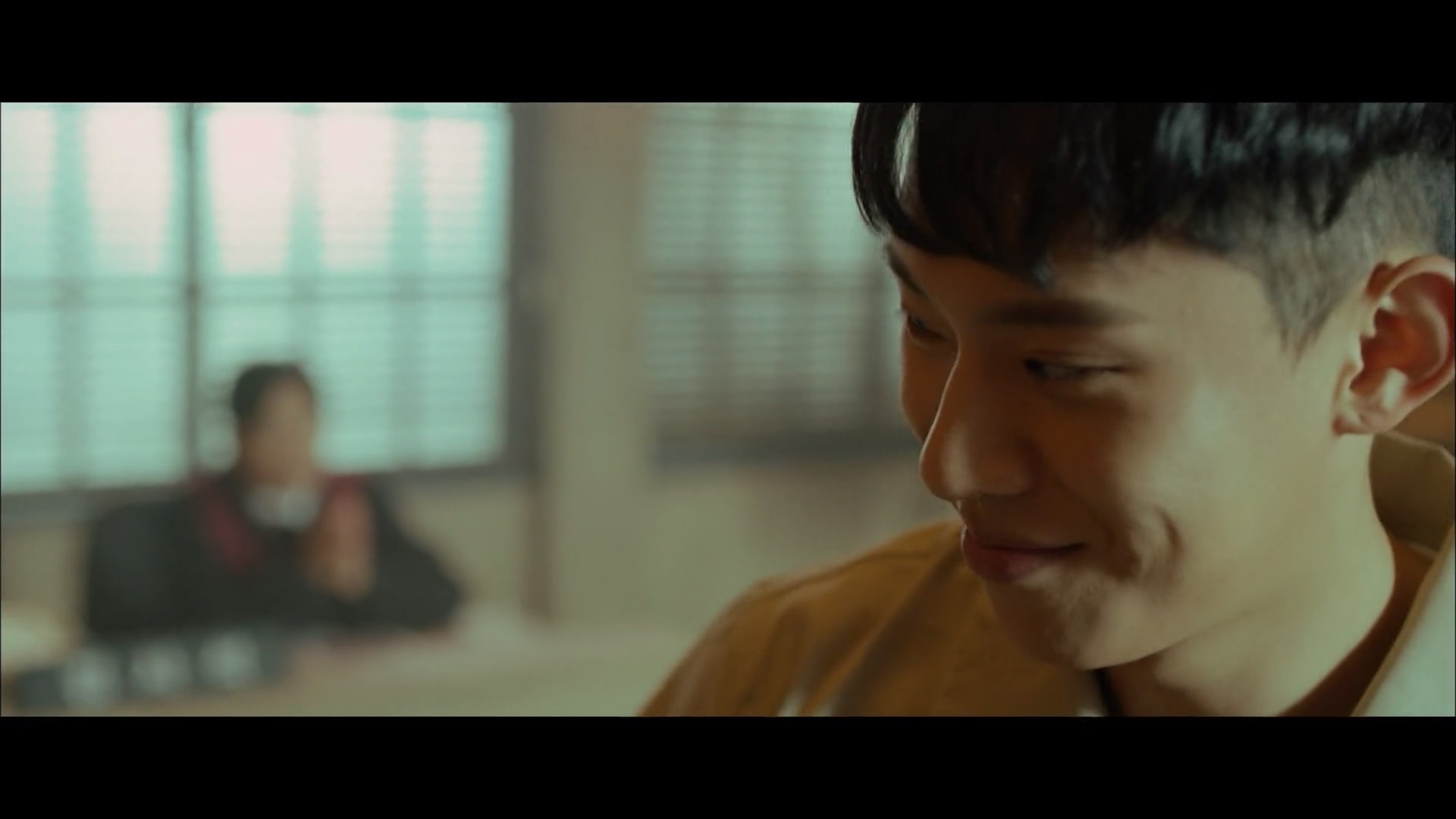 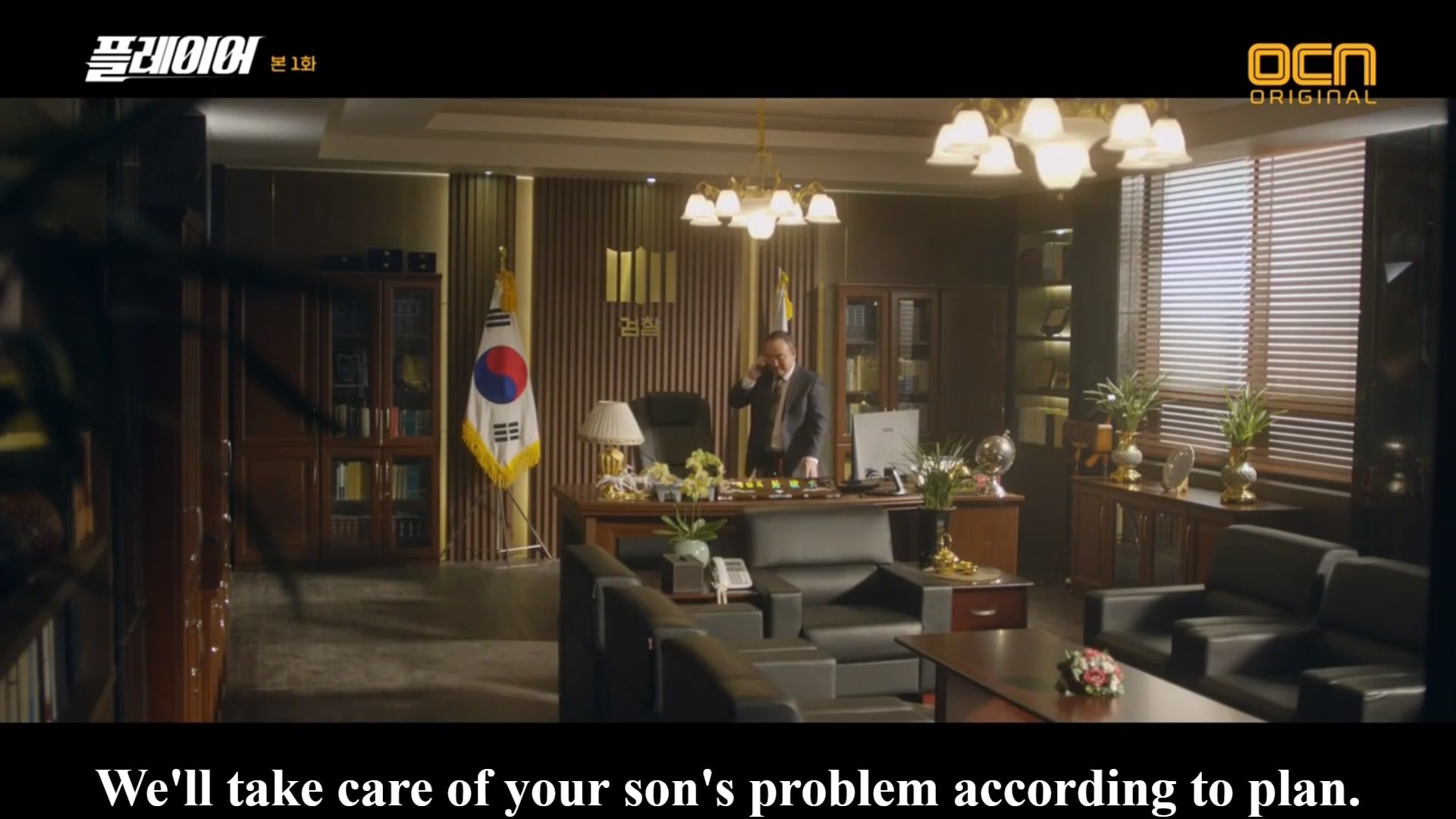 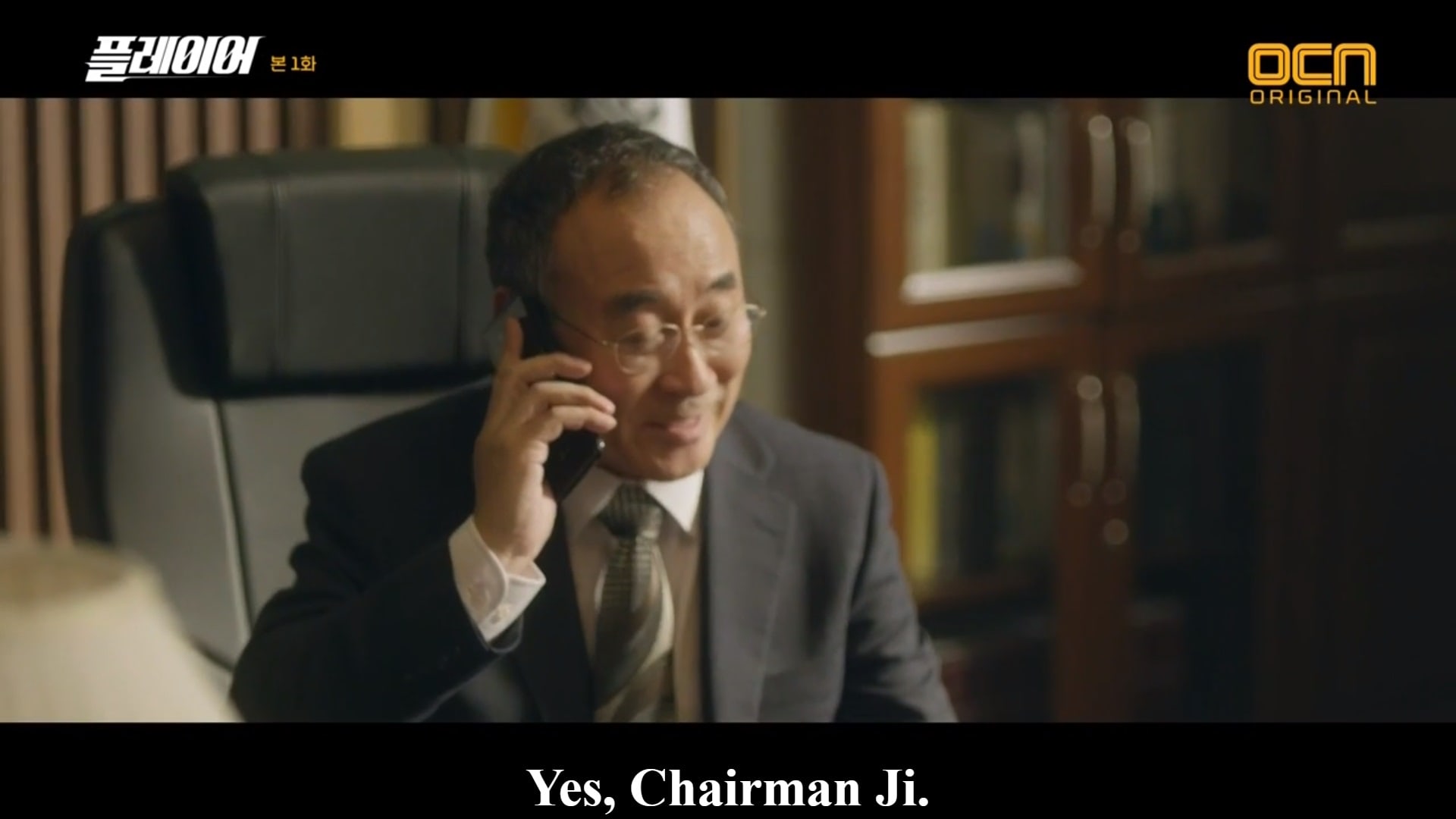 Don’t you just want to punch the smirks off their faces? 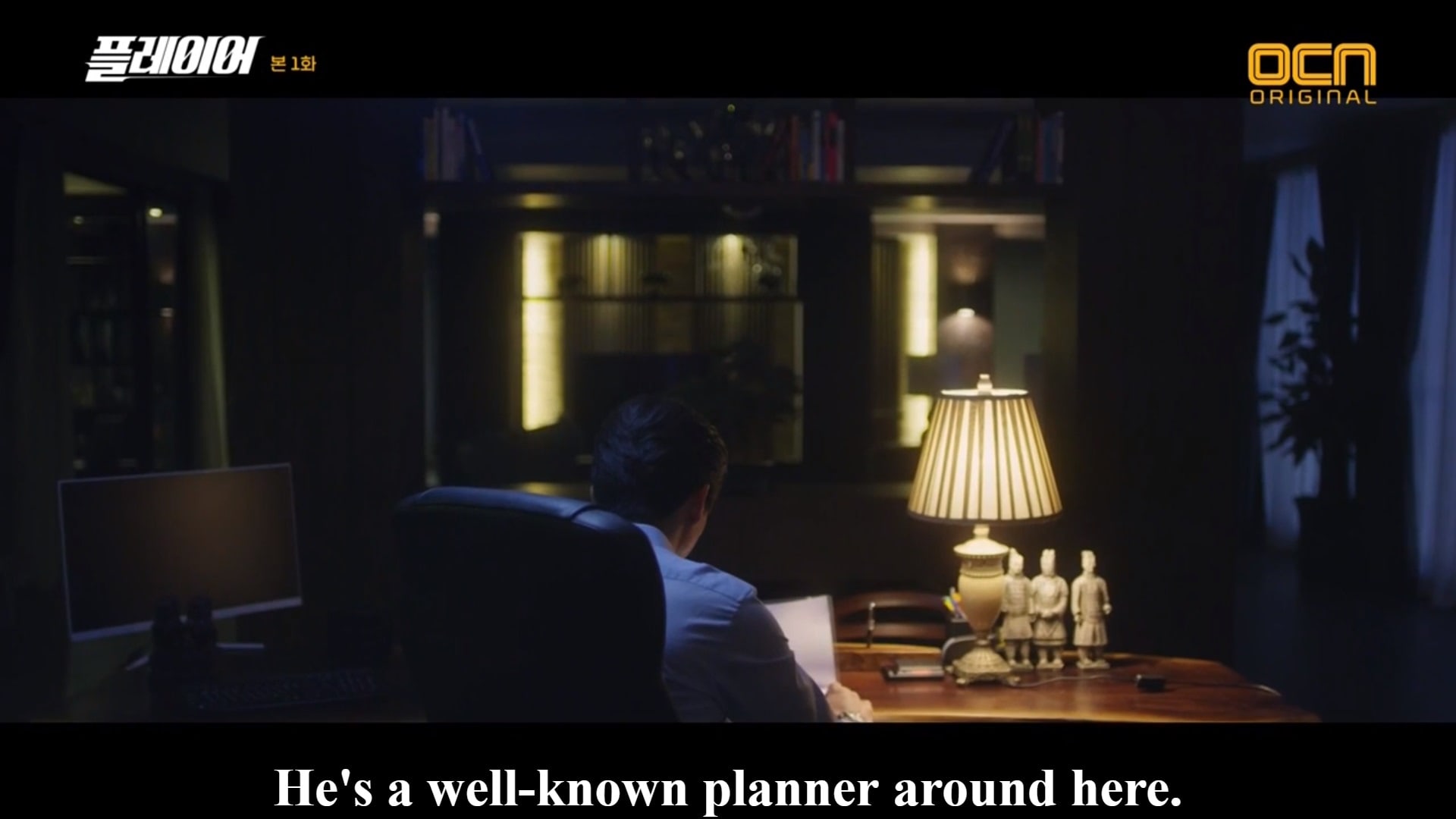 As insufferable as they may be, the fact that they’re all infuriating is delightful. This means that when they finally are taken down, it will be that much more satisfying. Granted, my heart may burst from fury in the mean time. It’s even more intriguing that there seems to be someone even above Chairman Ji, who has had no problems covering up his son’s crimes thus far. I’m excited to see how far this immense group of corrupt people can go without betraying each other as Ha Ri and his team start to reveal all their secrets!

This of course leads to our next favorite thing:

Smug satisfaction for our heroes

When it comes to these dramas we always want to see the hero prevail. There is truly nothing better than getting to whoop out a big, fat hooray when our hero, or in this case heroes, get to smugly confront the villain knowing they’ve beaten them. “The Player” does this fabulously when Prosecutor Jang In Kyu (Kim Won Hae) confronts Chairman Cheon. 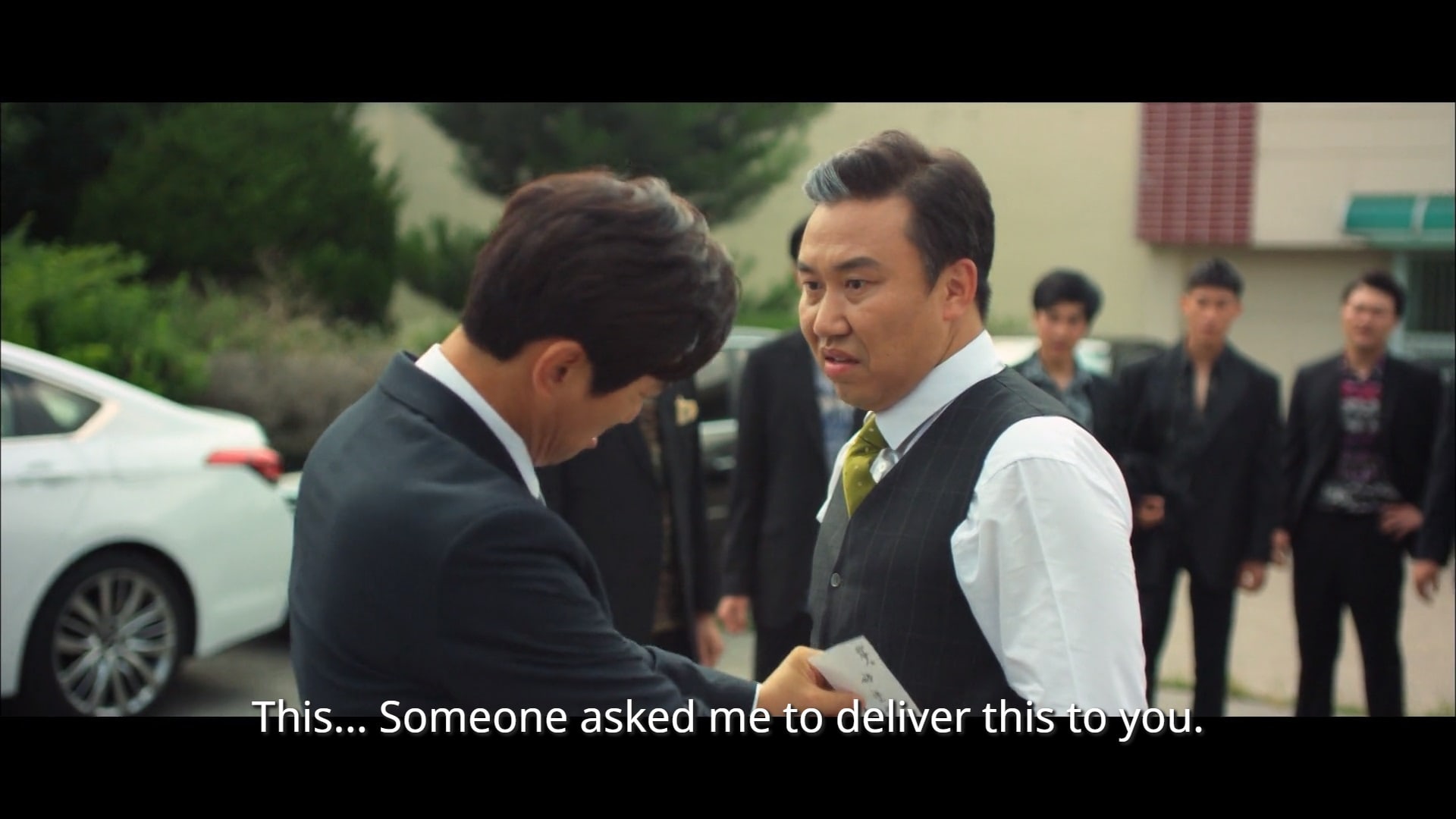 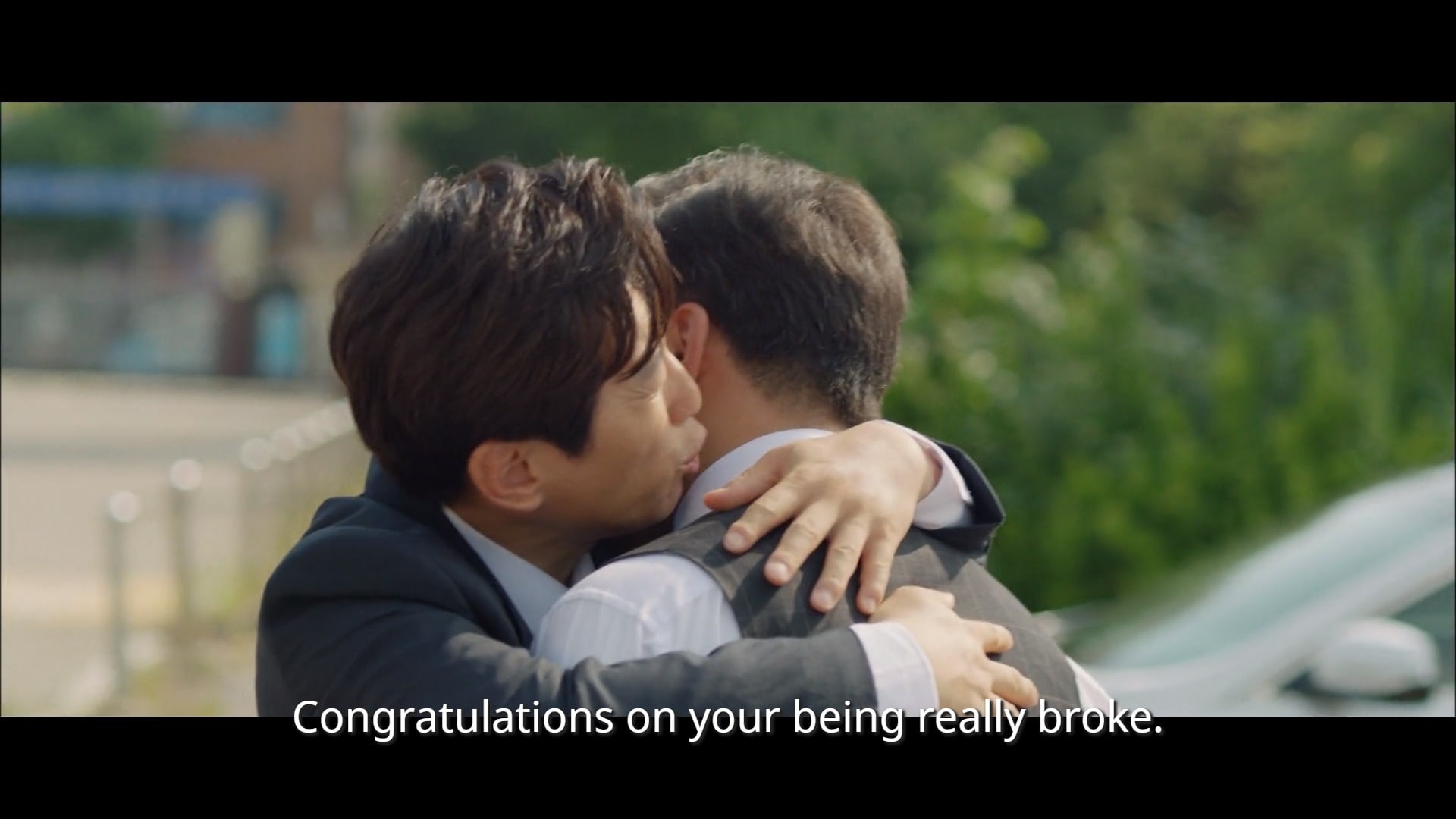 Even better is when Jang In Kyu is sticking it to Ji Seong Gu. 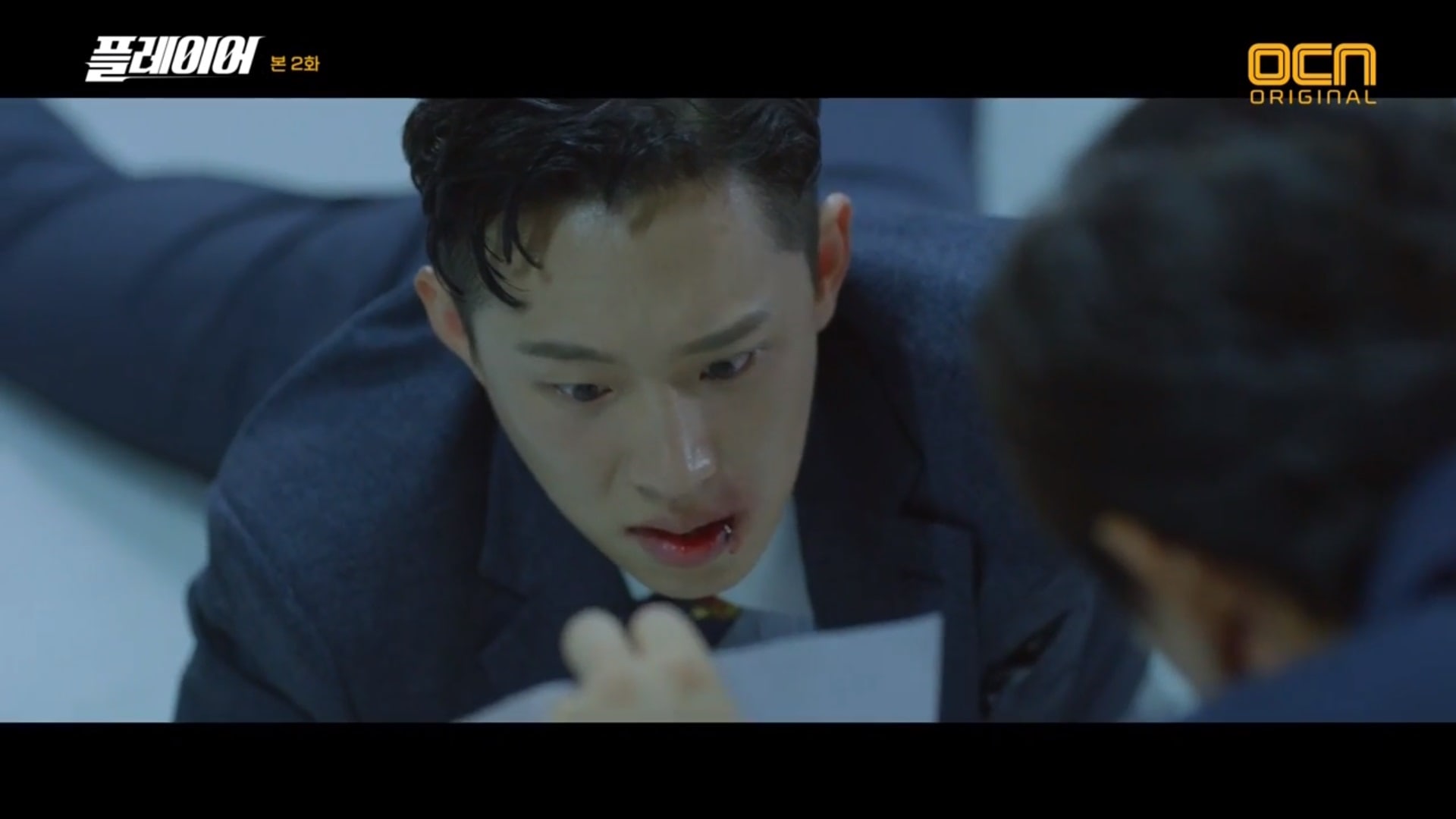 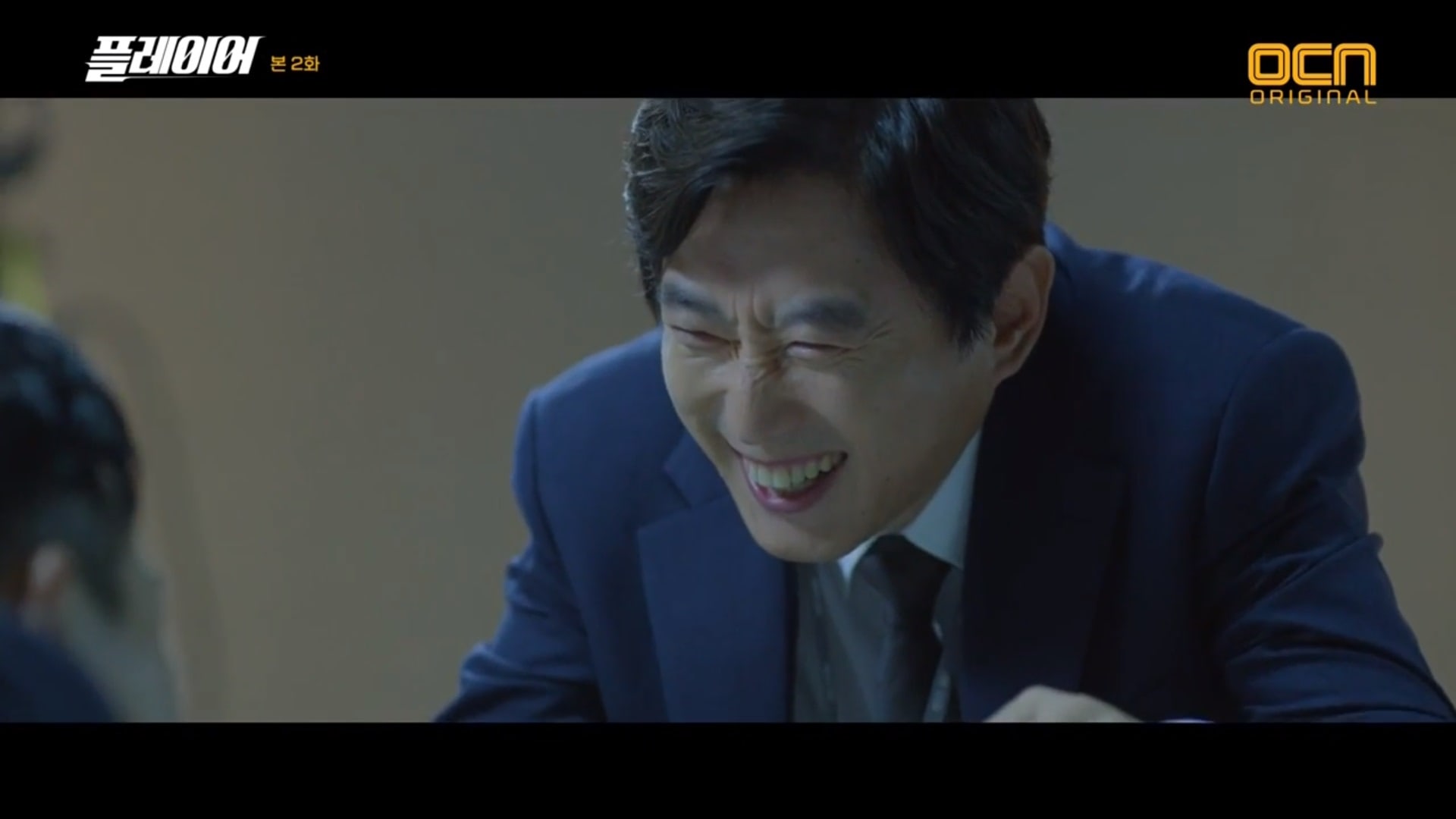 It is immensely satisfying to smirk alone with Jang In Kyu in both of these scenes, and I am anticipating more of these moments in the future episodes.

11 out of 10 stars for hilarious cameos

Perhaps one of the funniest moments of the premiere was Yoo Seung Ho‘s cameo as he plays a security guard that Ha Ri fools. With Byung Min in his ear telling him about Seung Ho’s grandmother, the confrontation between the two is simply hilarious. Seung Ho is squirming on his feet in hopes to make a fast escape from Ha Ri, who has tricked Seung Ho into thinking he’s a cop. 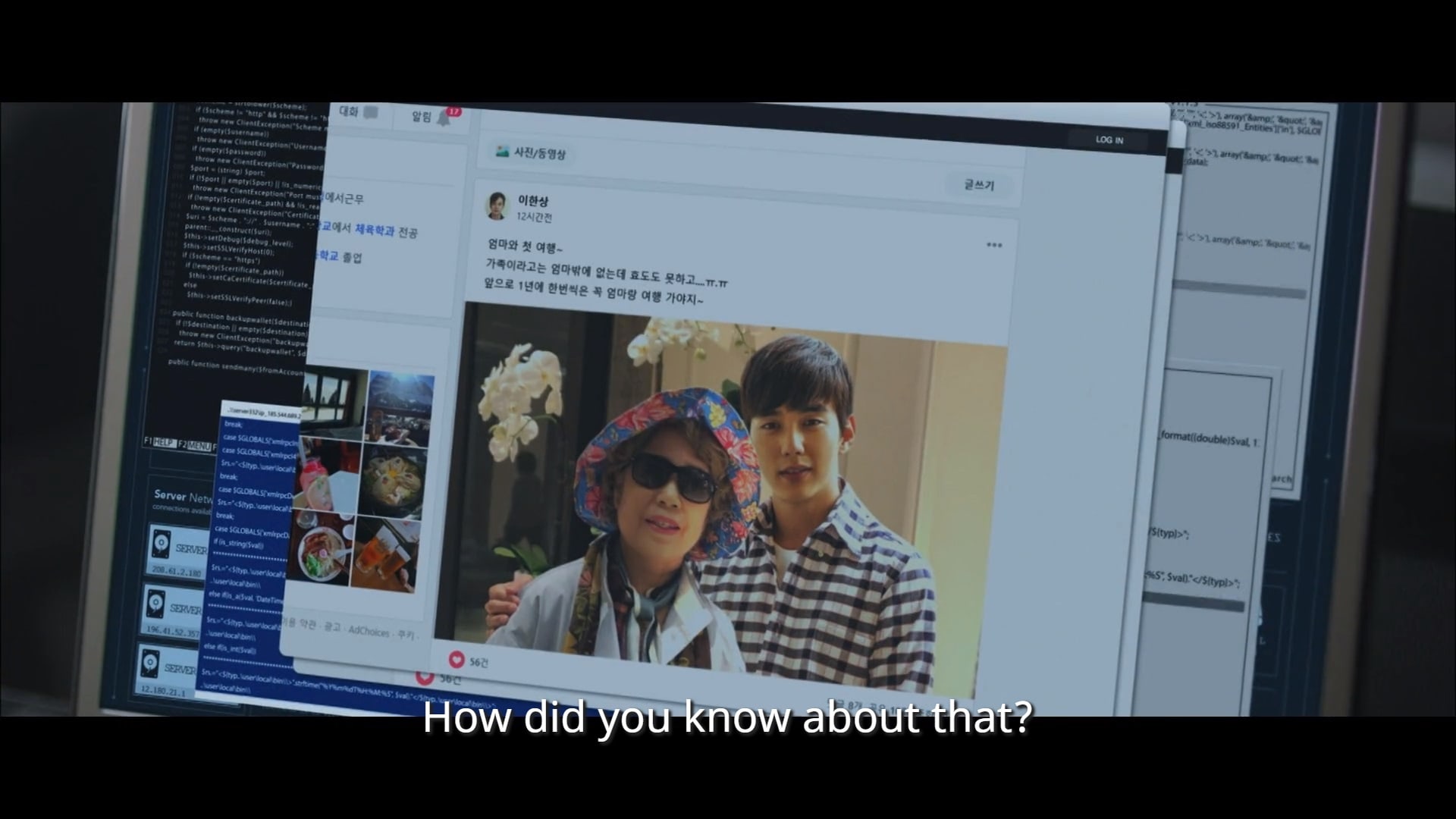 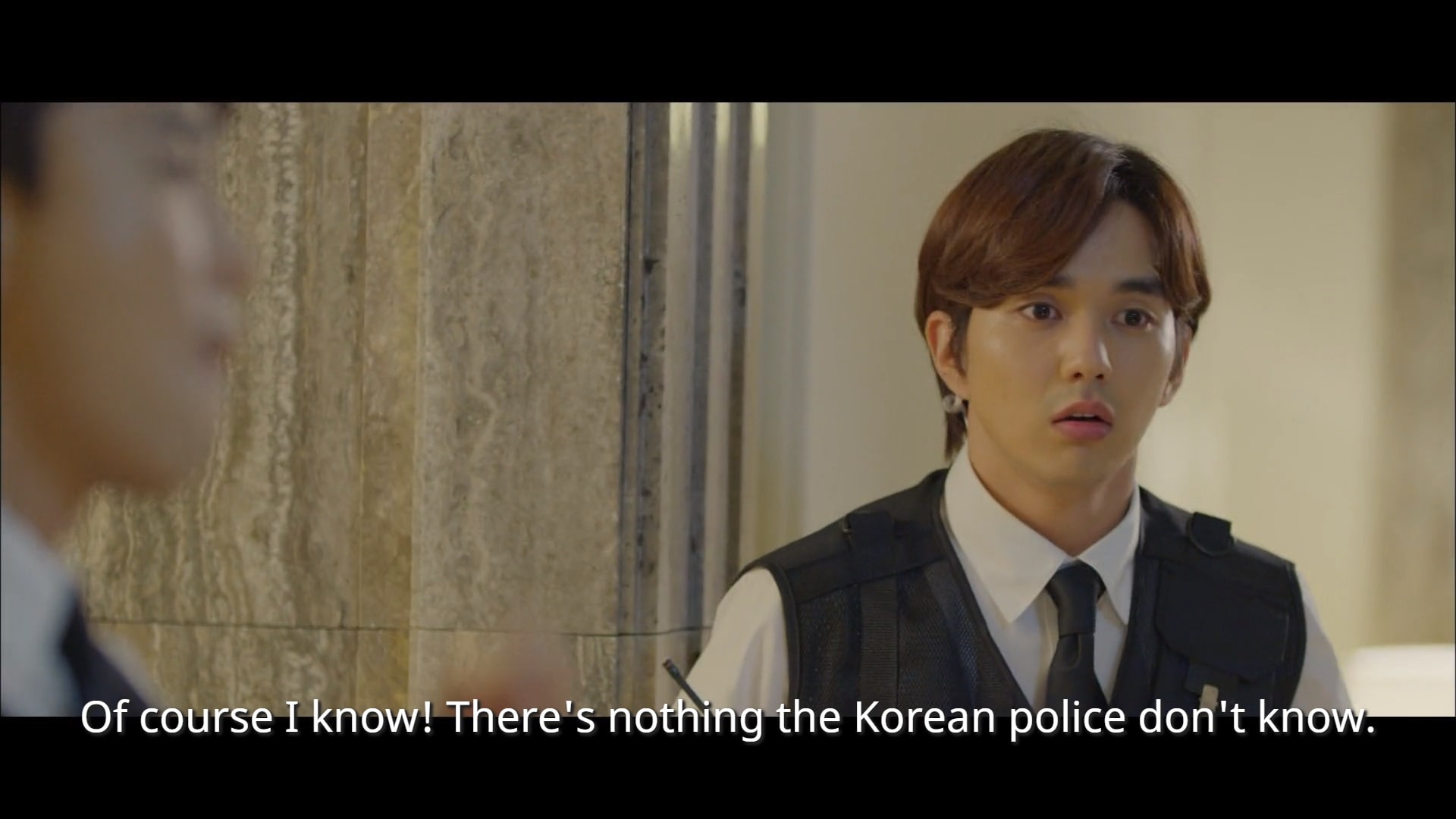 This scene really shows off Ha Ri’s charisma and ability to target only the worst people involved instead of those who are near the bottom of the food chain. It solidifies that he’s human, and that he’s not detached and pulling cons just to line his own pockets. It’s scenes like these that will make me think twice whenever he’s painted as untrustworthy!

Then there’s also the wonderful Hong Suk Chun, who passes Ah Ryung’s road test mostly out of fear. While he certainly is encouraging in the beginning when she’s driving below the speed limit, his heart jumps into his throat when she speeds after a man who curses at her. Look at him frozen in his seat holding on for dear life! While he was scared, perhaps the adrenaline junkie in all of us would have loved to have been in Ah Ryung’s passenger seat! 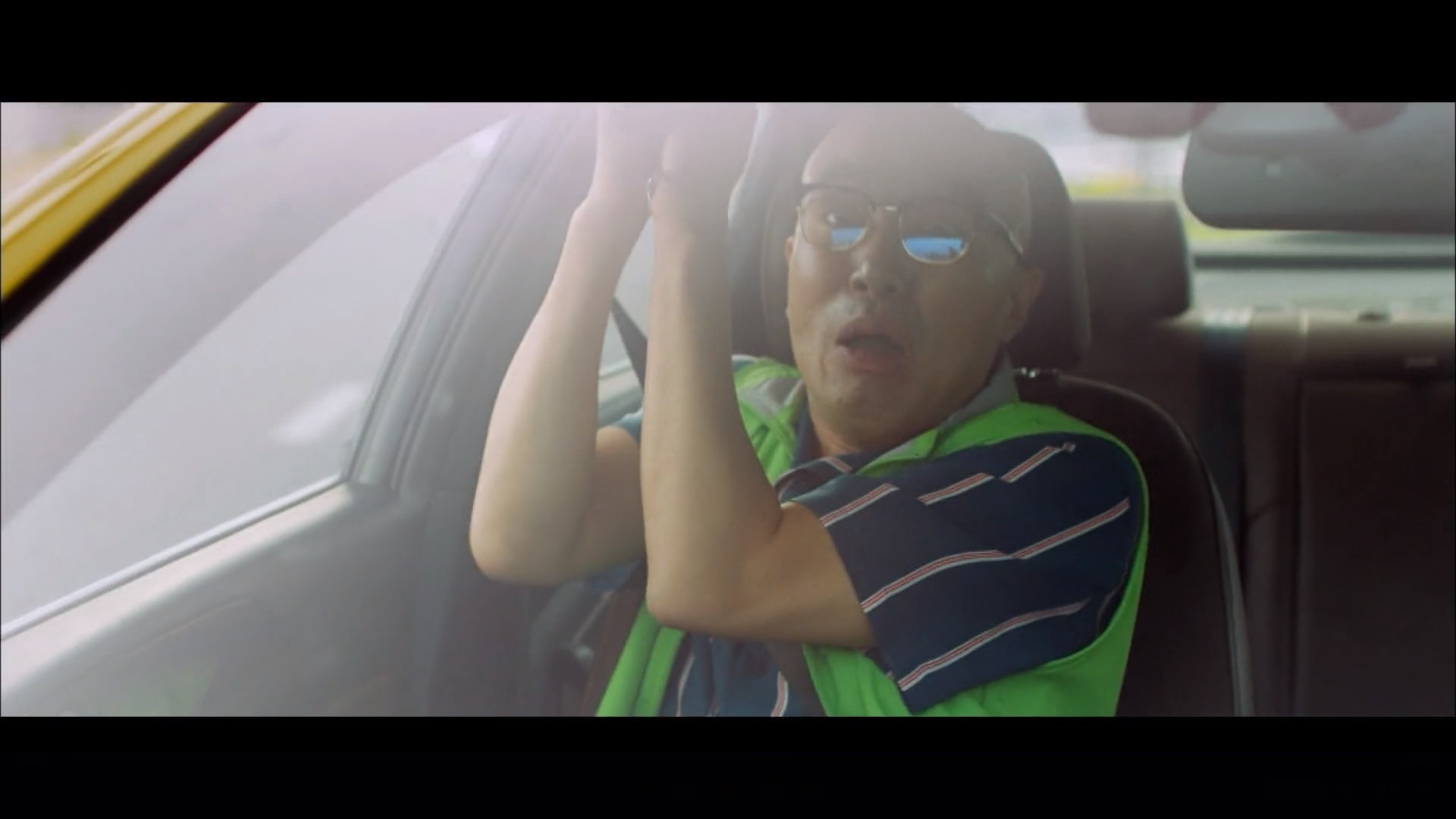 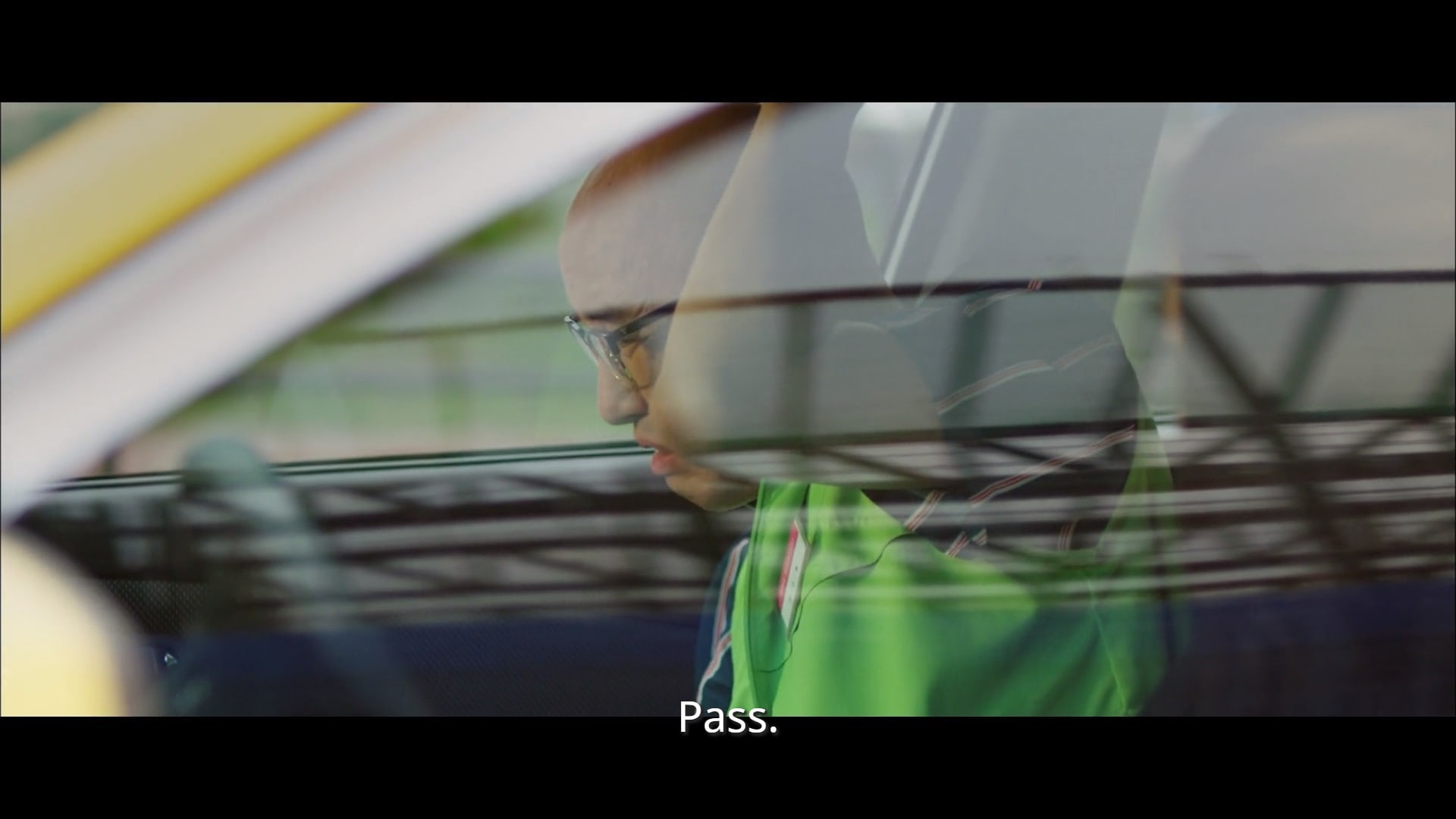 While this scene is the funniest part of the show, I also really enjoyed how this scene gives Ah Ryung a chance to be angry and take her revenge in a way that definitely knocked down the other driver’s ego, but didn’t do any harm. I love how many emotions she goes through in this scene. Timidness, fury, determination, and happiness all flash across her face. It’s refreshing to see a woman be able to express all these things when she wants!

At the end of the first episode, Ha Ri, Byung Min, and Jin Woong have been traced by Ji Seong Gu’s men after accessing a private site, making the stakes incredibly high going into the second episode. While cliffhangers can be infuriating, as soon as their car windows were busted I couldn’t help but be hooked on the suspense! I wanted the next episode even more! 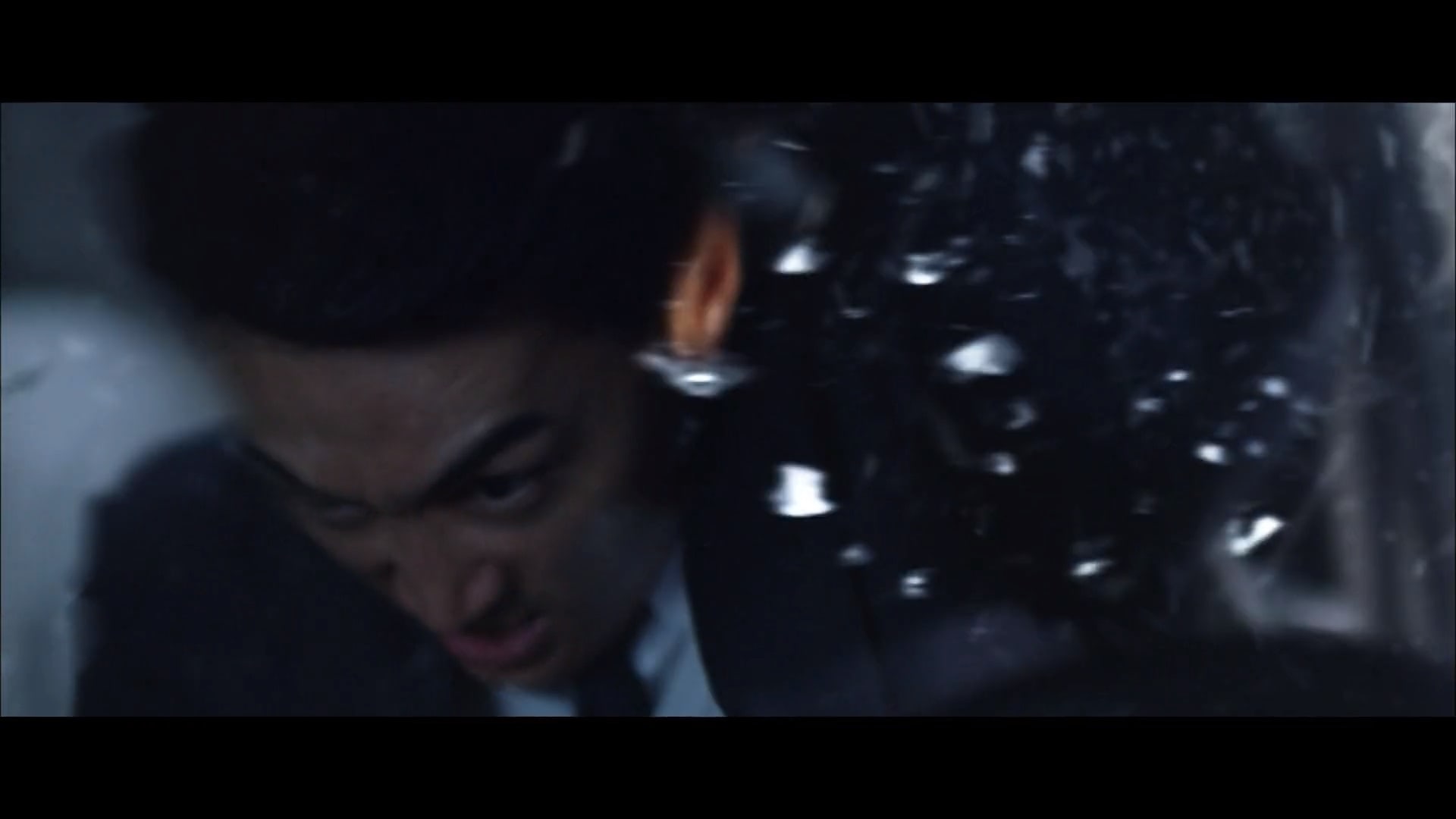 Of course, the second episode topped it with this cliffhanger. I NEED to know who kidnapped them? 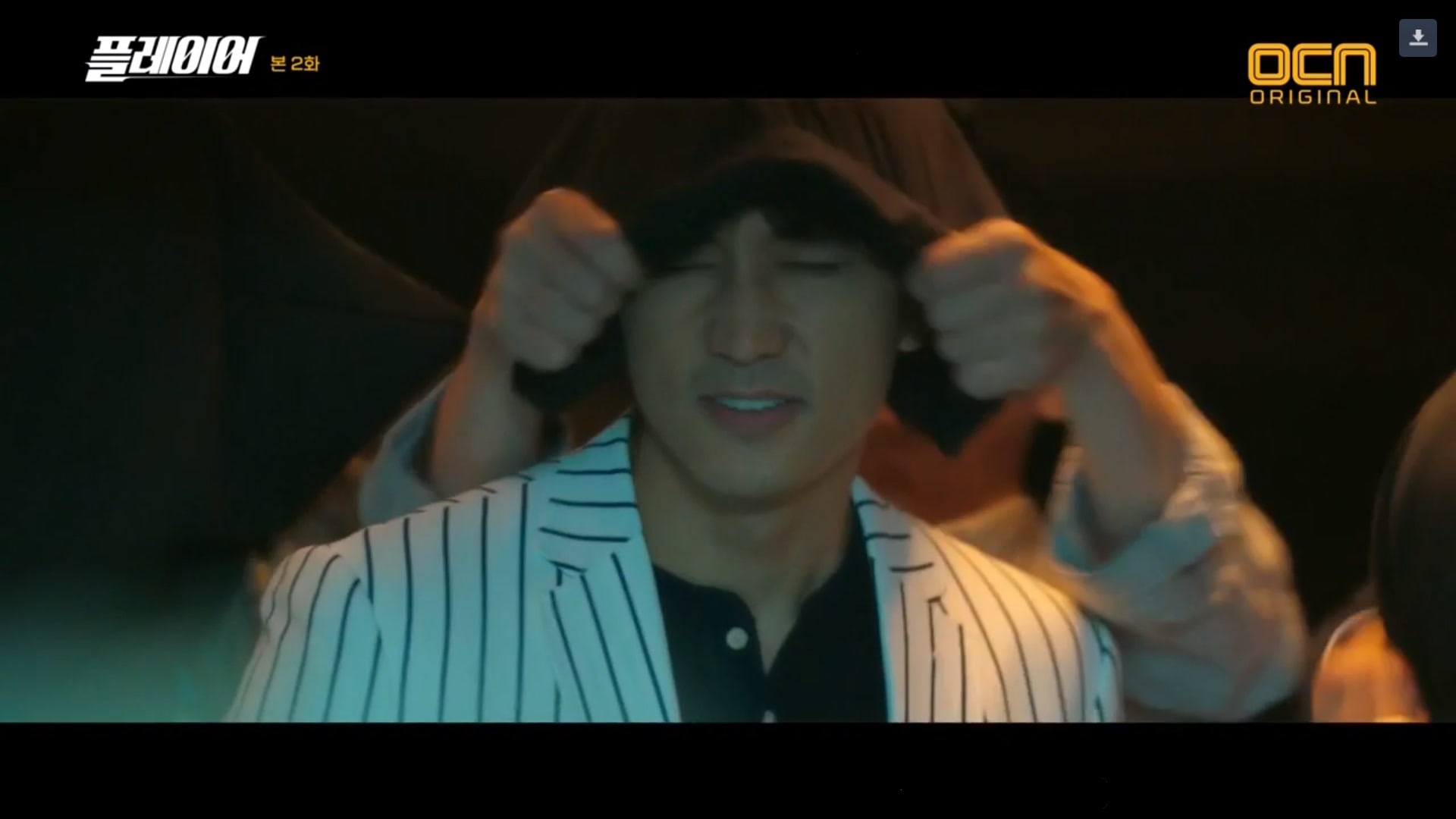 So far, “The Player” really seems to know how to create cliffhangers. The good thing is that it doesn’t feel like they’re there just for the sake of having a cliffhanger, but rather in order to pique your interest even more.

While things may seem hopeless that no person can stop the corrupt, money and power hungry officials, perhaps a con team can!

Catch the first episode of “The Player”:

What were your first impressions of the “The Player”? Did you love it? Hate it? Will you be watching the next episodes? Tell us below in the comments!

Soompi Spotlight
The Player
How does this article make you feel?