2PM’s Wooyoung spoke about his life and career on the latest episode of MBC’s “Song One,” which was recorded in July as his final broadcast appearance before enlisting in the military.

On the September 30 episode, Wooyoung spoke about 2PM, saying, “These days, I especially miss my members, who were by my side during my busy twenties. After a certain moment, I no longer thought of them as just my family or my brothers. Instead, I began to say, ‘I’m 2PM.'”

When host Kangta asked him to name the most difficult time during his 10 years of promotions, Wooyoung answered, “In the past, we did many acrobatic performances. We had strong determination to put on such performances, and we enjoyed them, but we ended up with so many injuries. We got hurt a lot, and we worried, ‘Will people not watch us [anymore] if we don’t do [the acrobatics]? Will we not be acknowledged?'”

He continued, “After this time passed, I began to approach the music side of things more.” 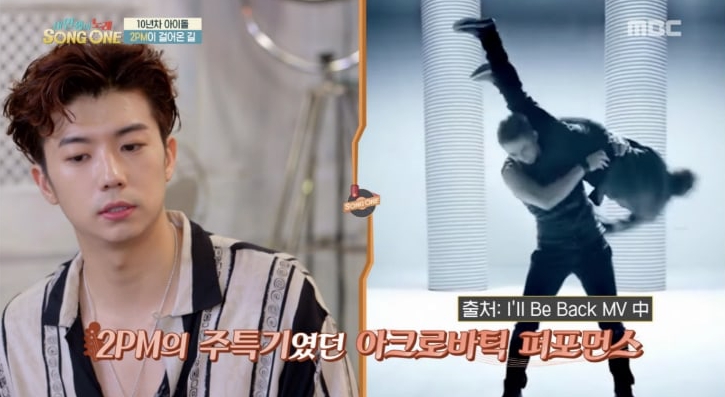 Wooyoung also expressed his strong feelings of love and gratitude towards his fellow 2PM members, remarking, “I always stood behind the [other] members and followed when they led me. I always felt very sorry to the members. If I had to give something to them, I think I could devote my entire life [to them].”

He went on, “We thought that if we wanted to continue performing on stage as 2PM, then everything would have to start with us.”

Wooyoung explained that in the past, Park Jin Young used to write them one song a day, which made him think that writing songs was easy. “Taecyeon was in charge of telling him [on our behalf], ‘We don’t like this song,'” said Wooyoung.

He continued, “[We said,] ‘Wait a minute. Something doesn’t seem right. It must be hard for Park Jin Young too, and if we want to continue doing this, let’s resolve this ourselves. Let’s try [making songs] ourselves. That’s when the members began composing [songs].”

The final question of the night for Wooyoung was his life goal. Wooyoung stated, “If beginning [my career] as an idol was my life’s destiny, then I want to remain as an idol until the end, for as long as I can. I want to continue doing it, and I think I need to keep doing it.” 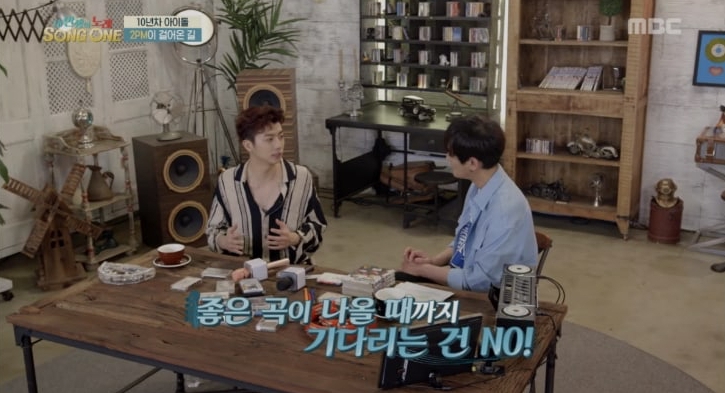 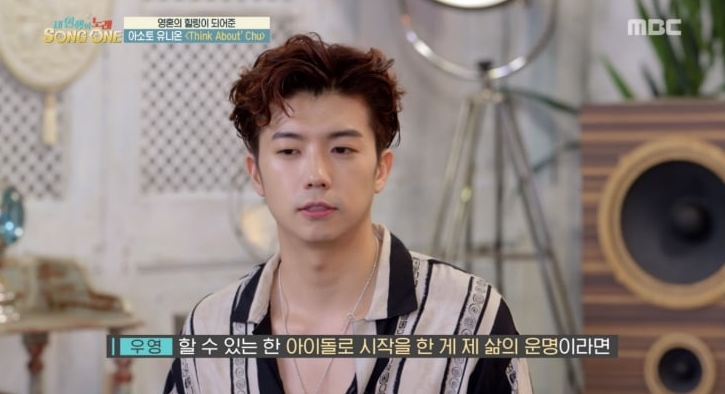 At the end, Wooyoung chose Asoto Union’s “Think About’Chu” as his favorite song and revealed his own remake of the track.

2PM
Wooyoung
Song One
How does this article make you feel?