SBS’s “Master in the House” has generated lots of buzz with the four main cast members taking the Four Temperaments Test.

According to Nielsen Korea, the September 30 episode of the variety show scored 12.2 percent and peaked at 13.6 percent, achieving first place in its time slot. During this episode, Lee Seung Gi, Lee Sang Yoon, BTOB’s Yook Sungjae, and Yang Se Hyung spent their last day in LA with Shin Ae Ra.

While eating, Shin Ae Ra mentioned the importance of choice and leadership through a small conversation. Then she taught them how to understand each other’s personalities through the Four Temperaments Test. The psychological theory states that there are four types: sanguine, choleric, melancholic, and phlegmatic. There is the possibility of mixtures between the types where an individual’s personality types overlap, and they share two or more temperaments. 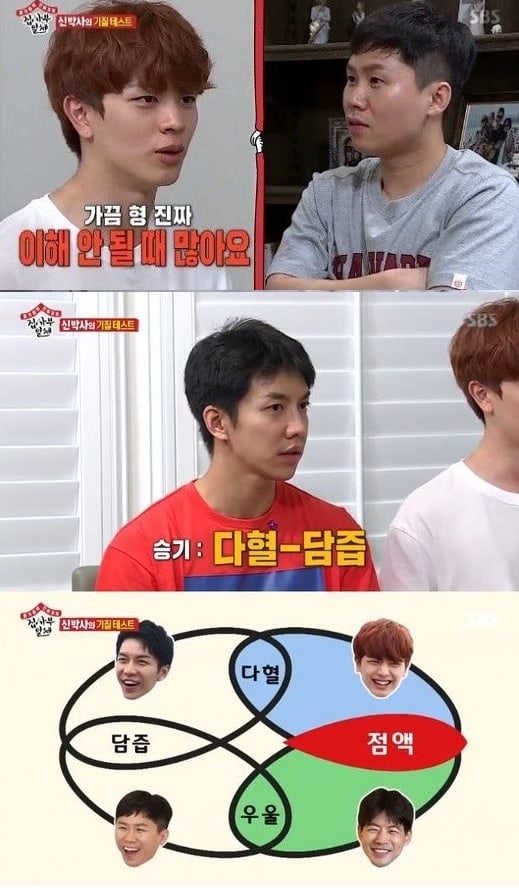 Shin Ae Ra noted, “You need to take this [test] in order to know about yourself and understand others. My husband and I are polar opposites. We became more understanding after learning that we were different.”

According to the test results, the four members have different temperaments. After seeing that Lee Sang Yoon’s personality was was melancholic-phlegmatic, Shin Ae Ra predicted, “Lee Sang Yoon is deeply concerned that ‘Master in the House’ is hurting because of his temperament.” Lee Sang Yoon agreed with her and eventually burst into tears. Shin Ae Ra advised, “You don’t have to think so hard. You’re fully doing your part.”

Lee Sang Yoon said, “At first, I thought it was our advantage because we were different, and it was fun to take on the challenge of new things.” He continued, “I feel angry at myself, and I also felt sorry to them.”

To Yang Se Hyung, whose personality was defined as melancholic-choleric, Shin Ae Ra sympathized, “It’s not easy to please other people, but that’s your job.” Yang Se Hyung was surprised that she understood him completely. 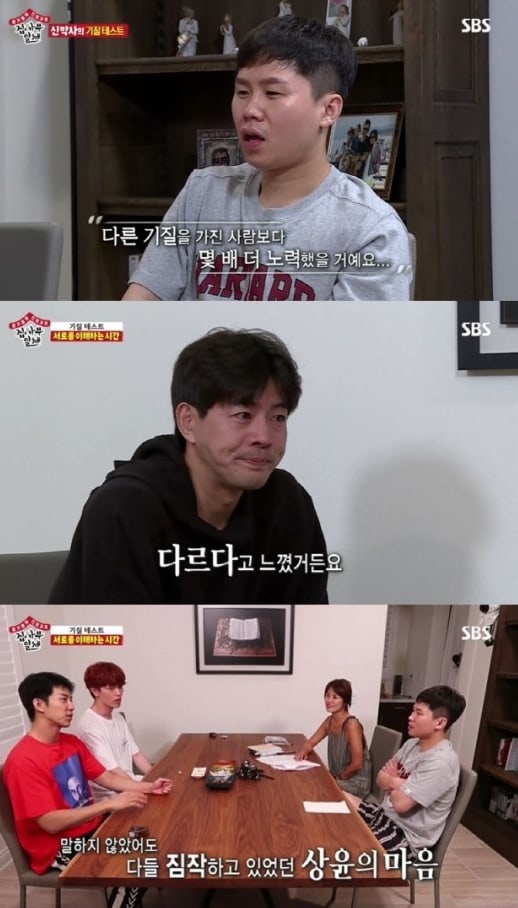