The period romance tells the story of crown prince Lee Yool (played by EXO’s D.O.) and Hong Shim (played by Nam Ji Hyun), the oldest unmarried woman in Joseon. Through a terrible attack of betrayal, Lee Yool eventually loses his memory and turns into a clumsy peasant named Won Deuk, and Hong Shim struggles to survive without revealing her true identity as an elite lady named Yoon Yi Seo.

In the unveiled photos, Nam Ji Hyun is seriously focusing on her script. Whether she’s rehearsing or taking a break, the script never leaves her hands, showing her deep passion for acting. Also, the production team revealed that Nam Ji Hyun smiles brightly both on and off camera and re-energizes those around her with her cheerful energy. 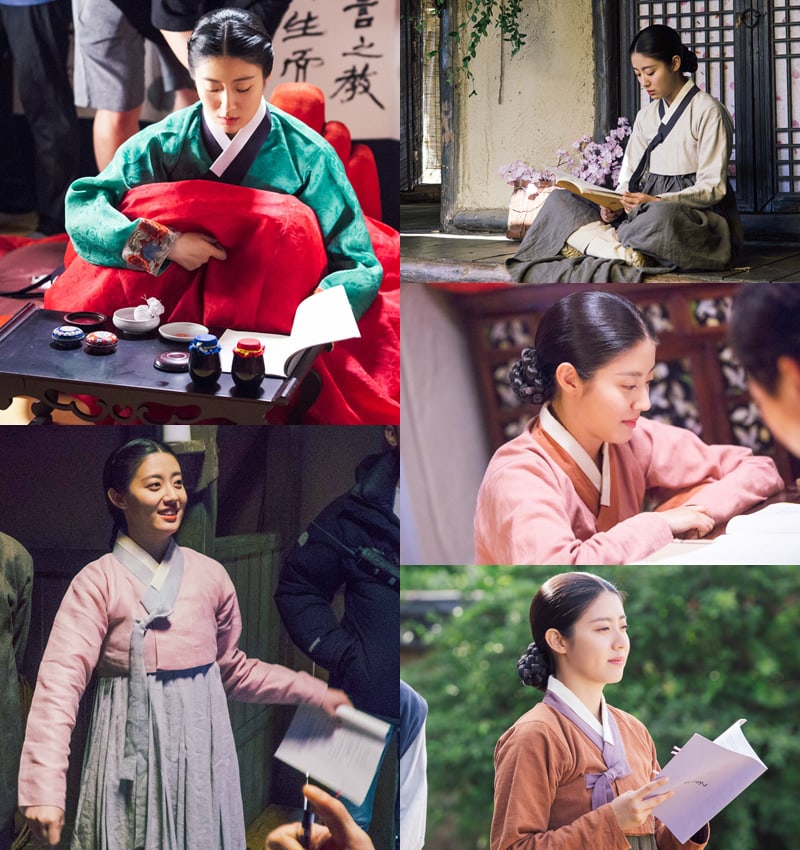 Nam Ji Hyun
100 Days My Prince
How does this article make you feel?