Seungri said, “‘YG Future Strategy Office’ is made up of eight episodes that put a comedic twist on the various things that go on inside of YG. A lot of people are wondering if it’s too much about the agency, but that’s not the case. I think the subject of people overcoming things one-by-one in this perilous world will be relatable to viewers.” He added, “It’s just that the character’s name is Seungri. He’s actually different from me in real life.” 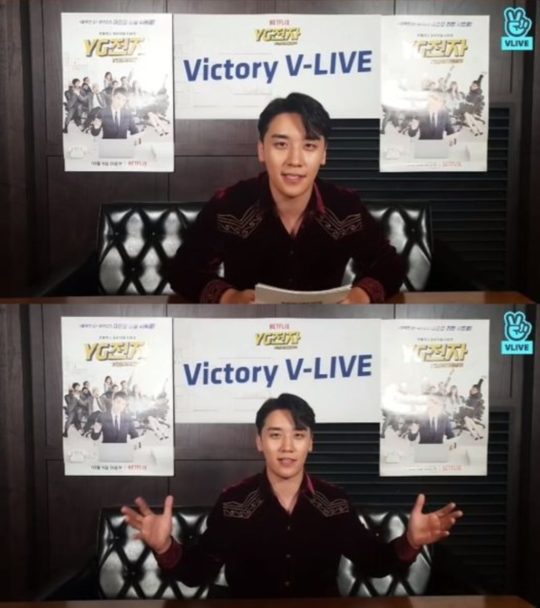 The BIGBANG member then called the different stars that appear on the sitcom. He first called iKON’s Bobby, who, after recently changing his number, didn’t realize at first that it was Seungri calling.

When Seungri asked what it was like filming for “YG Future Strategy Office,” Bobby said, “Acting wasn’t easy. This project was unlike anything YG’s done before, so it was fresh and fun. And you’re the main character, so I think it’ll do well.”

Seungri got rejected in his attempt to call WINNER’s Song Mino, when a stranger answered and told him he had the wrong number. Seungri, dismayed, said, “Why don’t these kids ever tell me when they change their number?”

He then called Bobby again to track down B.I and Song Mino, saying, “Are there any iKON members next to you? Do you know B.I’s number? What about Song Mino’s number?” 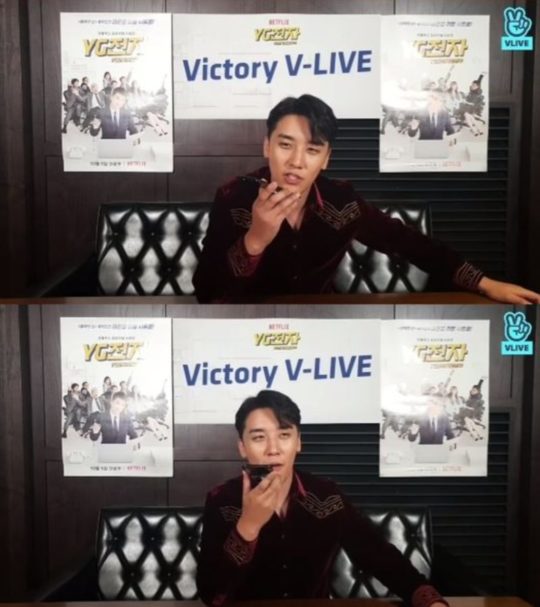 On the sitcom, Seungri said, “We’re going to dive into all of the rumors you’ve heard about YG, starting with the cafeteria. There are different hidden YG artists and famous Korean stars appearing on the show. Please look forward to the very funny ‘YG Future Strategy Office.’”

Seungri then got B.I’s number and tried to call him, but the iKON leader didn’t answer. Seungri, saddened, said, “This is heartbreaking.” However, right before the show ended, B.I returned his call. He said, “‘YG Future Office’ is like a B-level makjang variety. Personally, I think it’s fun, so I don’t think it’s going to bomb.”