On October 1, Tiffany was interviewed by MBC’s “Section TV” about her endeavors as a solo artist and actress.

After promoting in America, Tiffany returned to Korea and held her first solo fan meeting. She said, “Now that I’m here, I ran into the members at the hair salon. It’s really nice and in a way, it feels like I’ve returned home.”

She continued, “I began writing songs in 2013. In 2016, one of my songs was included in my solo album. Starting last year, I worked in the studio every day, so I think I’ve written about 30 songs.”

About her acting career, Tiffany explained, “I completed one semester of acting school since last September. So far, I’m just going to auditions and I haven’t been booked for any projects yet.”

Looking back at her last 10 years, she commented, “It still doesn’t feel real. I’m so proud of my members.” 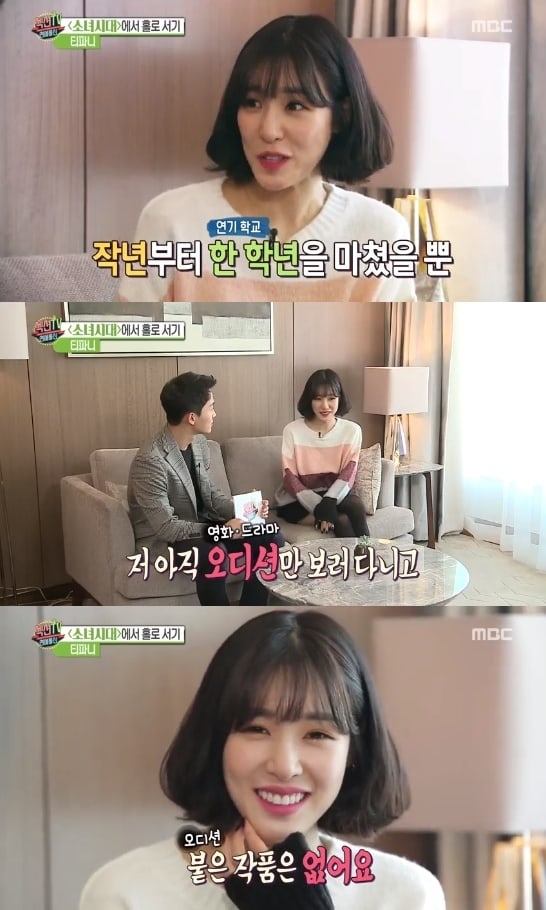 Tiffany released an MV for her solo track “Teach You” featuring Sooyoung and Hyoyeon on September 28.

Girls' Generation
Section TV
Tiffany
How does this article make you feel?