Henry To Hold His 1st Ever Korean Solo Fan Meeting

Henry will soon be holding his first solo fan meeting in Korea!

On October 27 at 6 p.m. KST, Henry will spend some special time with his fans during his “Happy Henry Day: I Do It Alone” fan meeting at the Sang Myung Art Center in Seoul.

It’s said that Henry is preparing lots of different events and performances for his fans. The title of the fan meeting (“I Do It Alone”) is a play on the name of the show “I Live Alone,” and reflects how Henry has been taking part in all aspects the planning of the event, from its organization to its direction. 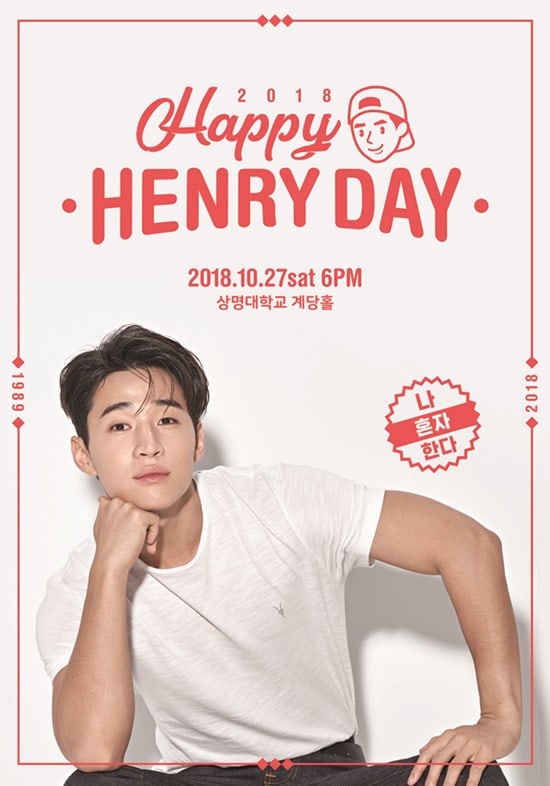