Upcoming tvN drama “The Smile Has Left Your Eyes” has released new still images of Jung So Min and Seo In Guk.

“The Smile Has Left Your Eyes” is a mystery melodrama about a dangerous, free-spirited “monster” named Kim Moo Young (played by Seo In Guk) who is suspected of murder, a woman named Jin Kang (played by Jung So Min) who has the same emotional scars as he does, and her brother named Jin Kook (played by Park Sung Woong), a detective who faces off against Moo Young.

On October 2, the drama released photos of the huge gap in Kim Moo Young’s image. After running into Baek Seung Ah (played by Seo Eun Soo) at a brewery, he chooses her as his target of seduction and fixates his eyes on her with a deadly gaze, as if to lure her into his trap. He stares at her with such an intense look that it seems as if his eyes are looking into her soul. 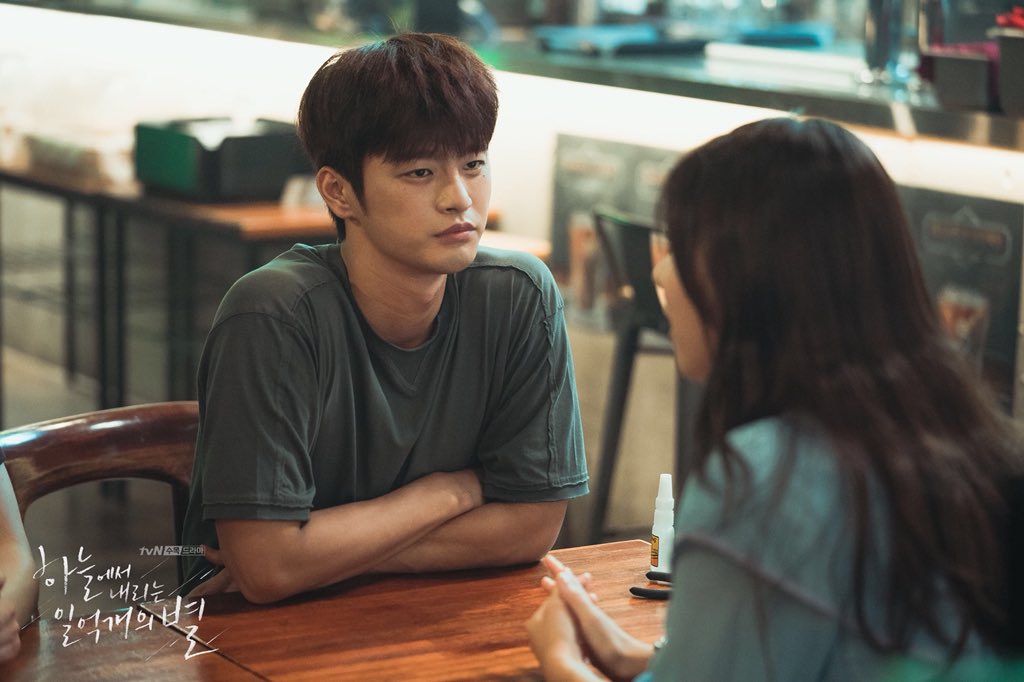 In another photo, Kim Moo Young faces Jin Kang while they eat a meal together. He showcases an image that is completely different from that of the previous picture. The corners of his lips curl up and he looks more relaxed. With Jin Kang, he almost looks boyish, but he still displays his sweet “lady-killer” charms.

The production staff stated, “Seo In Guk is bringing the character of Kim Moo Young, who holds diverse charms, into life. Kim Moo Young’s charming personality of two extremes will doubly increase as he begins his game of targeting Jung So Min, who he meets in a shocking twist of fate, as well as Seo Eun Soo. Please look forward to it during the broadcast.”

“The Smile Has Left Your Eyes” premieres on October 3! It will be available on Viki.